It was the perfect response to the Hoops’ dismal 3-1 Europa League defeat against Molde in Norway.

The Hoops boss said: “It was a very good performance. I’m proud of the boys. It’s always tough after playing in the Europa League on Thursday and getting into Sunday games.

“But we did everything today. We created a lot of chances, while they hardly had a shot on target. We scored five goals and there were a lot of good individual performances. 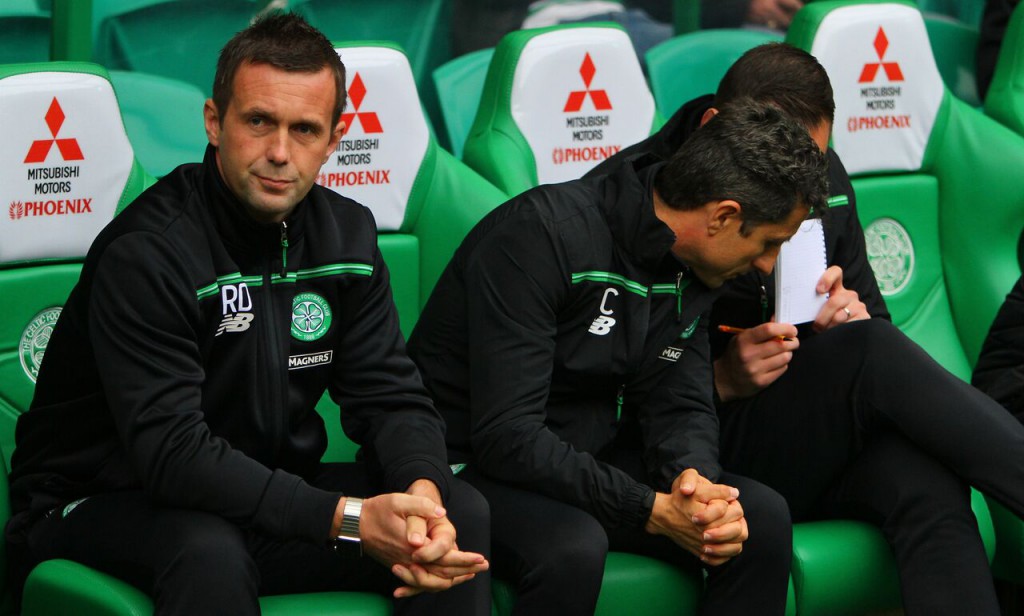 “We were also very compact, structured and disciplined for the whole game.

“This performance is needed in every game we play, that’s what we want. Now we are four points ahead, and a few weeks ago we got a lot of criticism as we were five points behind.

“We have turned it around in a month, so that’s something we should be proud of.

“When you have achieved a lot of good things, the demands get very high and that’s how it is at clubs like this and everyone has to cope with it.

“I’m very happy and pleased with the performance. To perform like that needed character and there were a lot of brave players out there.
“The players had fun and that’s the most important thing in football.”

Deila added: “Kris was good along with the team today and he scored two good goals, especially the second one.