GARY MACKAY-STEVEN has revealed Ronny Deila shielded the Celtic players from the bulk of criticism in recent weeks.

The winger claimed the Hoops’ second goal as they eased their way past Morton en route to the Scottish Cup semi-final next month. Celtic were drawn against lower league opponents in the semi final having already overcome Stranraer and East Kilbride before facing Morton yesterday.
Celtic’s record against their semi-final opponents is impressive, with Celtic winning the only match played and the new club failing to get a shot away at the Celtic goal. They did release a souvenir t-shirt to mark the occasion though.
Here are the stats:
P1 W1 D0 L0 F2 A0
Back to yesterday, Mackay-Steven said: “It has been a tough few weeks for everyone at the club. Obviously, being elsewhere, nothing really prepares you for the intensity of Celtic. 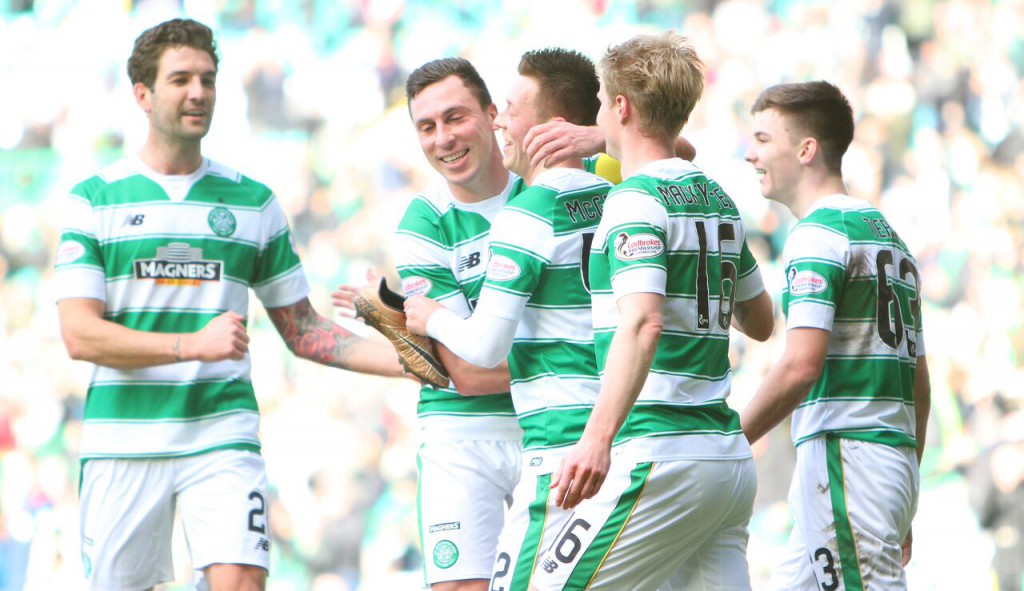 “But it is a great club. We have got ourselves into the last four of the tournament now and we are delighted to be there. Hopefully, we can lift it now.”The manager has been great with us. He is always positive, always looking to get the best out of us.

“He has had a lot on his plate over the last few weeks, but he is always the same with us and on the training ground. He us upbeat and takes the pressure himself.

“The best way for us to repay him is by going out and getting good results. That is what we all want.

“And, of course, it is always nice to score. It is a good feeling and does a lot for you in terms of confidence, which we all thrive on.”I am just delighted that we are in the semi-final. The aim now is to push on and win it, but there are a few league games first for us to start thinking about now.
http://bbc.in/1LKpCMc

“We have games against Partick Thistle and Kilmarnock coming up and that is what we will look to right now.”