RONNY DEILA suffered his first two defeats as Celtic manager – BEFORE he had even seen his team play at Parkhead.

Neil Lennon’s successor endured his first loss in his third game – the Champions League second qualifier against Legia Warsaw in Poland after beating Iceland’s KR Reyjkavik 5-0 on aggregate at the first hurdle.
Callum McGregor fired the Hoops ahead against the Poles, but it all went disastrously wrong after that with Fraser Forster conceding four goals and Efe Ambrose seeing red.
It got worse in the second leg, played at Murrayfield while the pitch at Parkhead was being relaid following the Commonwealth Games’ closing ceremony. 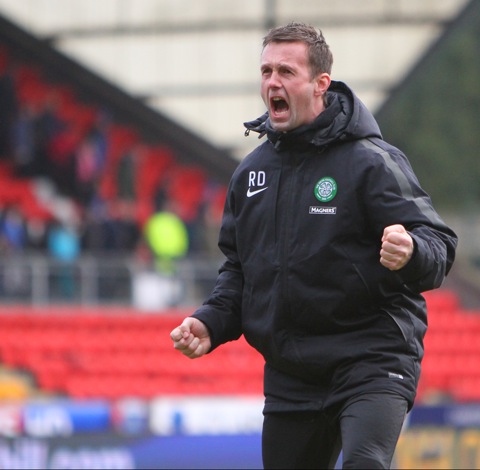 Legia won 3-0 in the capital, but were found guilty by UEFA of fielding an ineligible player as a substitute in the last two minutes. Celtic were awarded the tie and promptly lost to the Slovenians of NK Maribor to blow their chances of qualifying for the money-spinning group stages.
Again, McGregor got the opening goal, but Maribor fought back to get a 1-1 draw and a late goal in Glasgow finished the job with Deila’s team dropping into the Europa League.
The Norwegian, after wins against St Johnstone (3-0) and Dundee United (6-1), had his first league defeat inflicted upon him in the Highlands when a much-changed line-up flopped 1-0 to Inverness Caley Thistle. Young Irishman Eoghan O’Connell put through his own goal.
Celtic lost only three more times as they swept their way to their fourth successive Premiership League championship.
On October 5 2014, Hamilton shocked them 1-0 for their first win at Parkhead in 76 years with Ali Crawford claiming the glory goal. The loss left the Hoops in sixth place.
Stuart Armstrong, who joined the club along with Gary Mackay-Steven on the last day of the January transfer deadline last year, headed in the winner for Dundee United in their 2-1 success at Tannadice on December 21.
There was another shock at home on March 4 when Danny Swanson scored the only goal of the game to hand St Johnstone a 1-0 win.
Ronny Deila watched in agony as the Hoops collapsed to Europa League defeats against Salzburg (1-3), Dinamo Zagreb (3-4) and Inter Milan (0-1) last season.
This term, Malmo, after trailing 2-0 early in the first leg in Glasgow, rallied to lose by the odd goal in five and then completed the job with a 2-0 success in Sweden to dump the Hoops out of the Champions League. 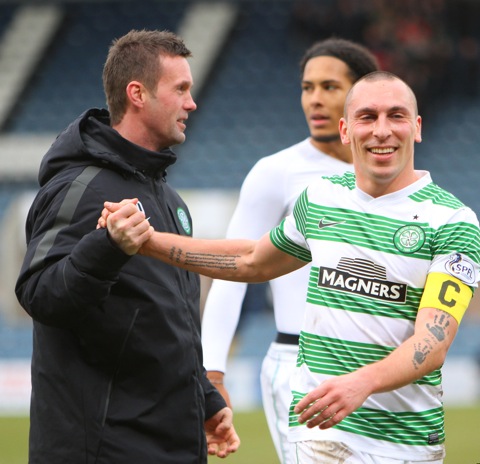 Deila saw his side lead twice against Ajax and Fenerbahce in the Europa League, but fail to win with both games ending in 2-2 stalemates.
The 3-1 loss against Molde left them bottom of Group A on two points from a possible nine and it didn’t get much better when the Norwegians won 2-1 in Glasgow to complete the double over dejected Deila.
And they were condemned to finish at the foot of the table after the 2-1 defeat at home to Ajax which stretched his winless European run to 10 games.
The hopes of a domestic treble last term ended in controversy at the semi-final stage of the Scottish Cup where they lost 3-2 to John Hughes’ Caley Thistle after being denied a blatant penalty-kick and having keeper Craig Gordon sent off.
They have lost three times in the Premiership this time around – twice at Pittodrie. Ten-man Aberdeen, with Jonny Hayes red-carded, beat the Parkhead side 2-1 in September with Paul Quinn netting the winner four minutes from time.
Derek McInnes’ side triumphed again in February with an identical scoreline.
And Mark McGhee’s Motherwell took full points in their 2-1 victory in the east end of Glasgow in December.
Deila also witnessed his side grinding out goalless draws against Dundee, home and away, Kilmarnock and Hearts.
The defence of the League Cup ended in controversy as Ambrose was sent off again and Ross County came from behind to win 3-1 in the semi-final at Hampden in January.
Sunday’s 5-4 penalty-kick shoot-out shambles against “Rangers” and a semi-final exit from the Scottish Cup marked the end for Deila.