Celtic Quick News on News Now
You are at:Home»Latest News»ROTHERHAM U-TURN ON ALLAN
By CQN Magazine on 24th January 2017 Latest News
SCOTT ALLAN may yet see out the season on loan at Championship strugglers Rotherham.
It looked as though the Celtic midfielder’s loan period would be cut short and he would be returned to Parkhead.
However, there could be a dramatic u-turn from caretaker boss Paul Warne who had earlier said it looked all over for the 25-year-old playmaker who had been brought to the club by his ex-Hibs boss Alan Stubbs in the summer.
But Allan has impressed the interim gaffer with his attitude in training and was given a 15-minute cameo in team’s 4-0 loss at Newcastle on Saturday. 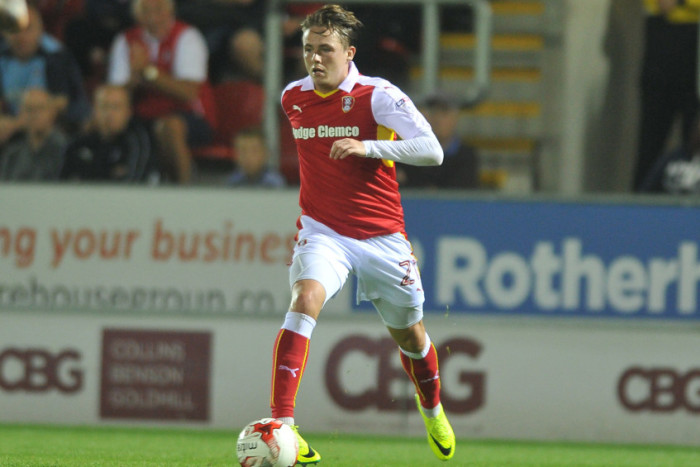 The brief appearance was his first for the Millers in just over three months since October 15 and he showed flashes of promise to provide Warne with something to ponder over.
Rotherham face Barnsley at the weekend and the stand-in coach admitted: “I thought Scott was good.

“I had him in training last week and I thought he was the most exciting. He has the confidence and know-how to get on the ball.

“I told him that he did well, but he needs to know the other side of the game, as well.

“I am not criticising him for that, he has had a different upbringing to me, but he needs to learn the defensive side.”
Allan is standing by to start the game against his club’s near-neighbours who have his Hoops team-mate Saidy Janko on loan until the end of the season.
Neither player can have much hope of returning to Celtic to play a part in Brendan Rodgers’ plans for next season.