Celtic Quick News on News Now
You are at:Home»Latest News»RUN-INS WITH LENNY: ‘WE ARGUED A HUNDRED TIMES,’ ADMITS HIS EX-PLAYER
By CQN Magazine on 25th March 2020 Latest News

The pair appeared to be on a collision course because of the demands of the Northern Irishman when he arrived to take over from Scottish Cup-winning manager Alan Stubbs in the summer of 2016.

Lennon, who had left Celtic in May 2014 and had an ill-fated spell at troubled Bolton, led the Easter Road club to promotion to the Premiership and a superb return term in the top flight.

Bartley, now captain at Livingston, reflected on his rollercoaster stint with the boss during their time together in the capital – and admitted he “had maximum respect” for the champions’ gaffer. 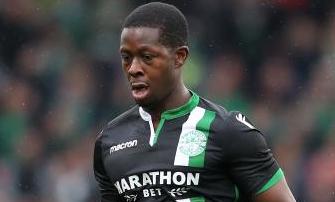 The powerhouse anchorman, speaking on the While the Chief podcast, revealed: “Lenny demanded brilliance. He demanded you be absolutely brilliant. Me and him had our run-ins, but I respected him because he demanded that you gave your all.

“He wasn’t doing it to be horrible, he does it because he wants to win. If he went through me about something I would think: ‘He’s going through me because he knows I can give more and he wants more from me and that’s fine’.

“He’s a man who wants to win, a passionate man. He wanted to win games.

“He could get fiery at times and call me a ‘Big This’ or a ‘Big That’. But if you went into his office with any problems, he would close the door, put his arm around you and help you with anything.

“I’ve got maximum respect for him even though we argued a hundred times.”