RYAN CHRISTIE will be free from his two-game suspension to return against St Mirren at Parkhead this evening.

And that could present Celtic boss Neil Lennon with a happy problem with two quality players both vying for the No.10 spot.

Tom Rogic played the entire 90 minutes in the 4-0 thumping of Aberdeen at Pittodrie and had the Hoops gaffer purring at the end.

Lennon reckoned the Australian “just got better and better the longer the game went on” and admitted it was great to have him back.

Mohamed Elyounoussi, who struck with the fourth against the Dons, also praised the Wizard of Oz and claimed he had been “brilliant” to find him twice with searching passes that led to two goals. 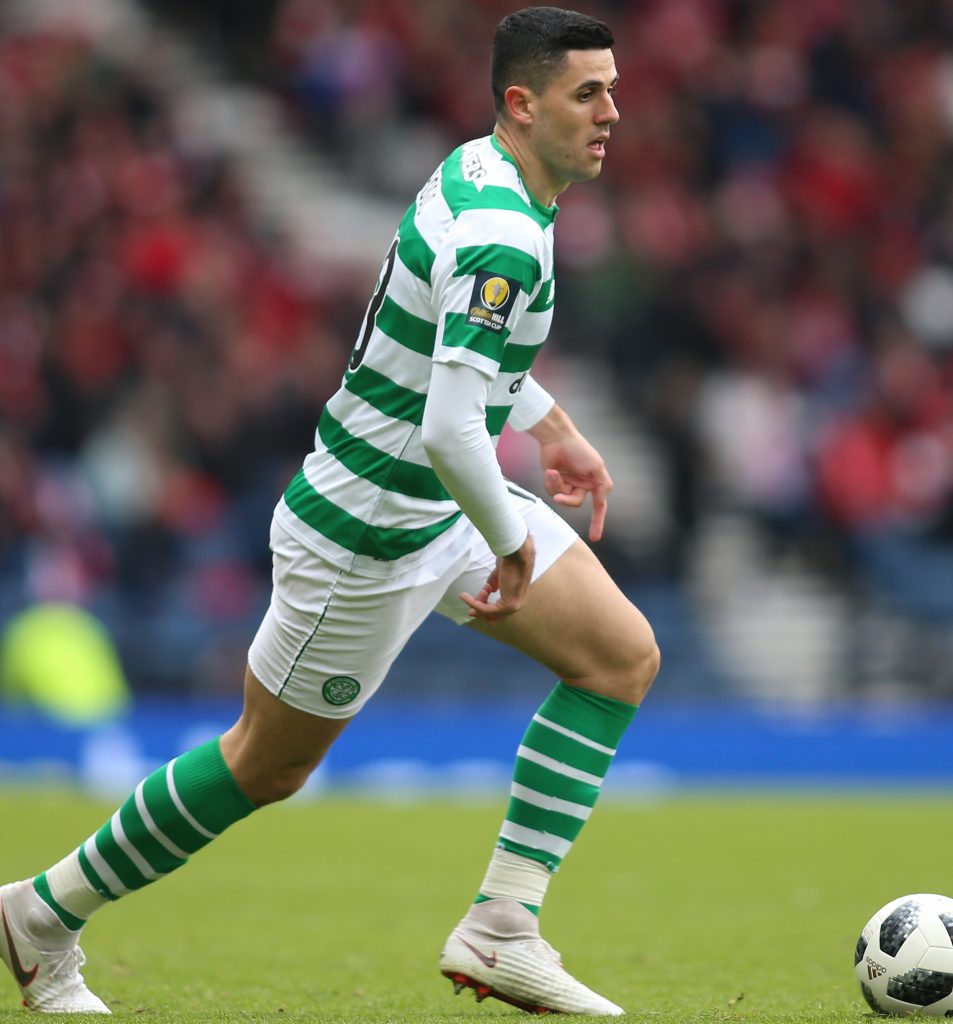 WIZARD OF OZ…Tom Rogic is hoping to be fit to face St Mirren.

Now Lennon faces a selection headache for the visit of the Paisley Saints with Christie, who had been outstanding in the 2-1 Europa League Group E triumph over Lazio last week, looking in the mood.

The Scotland international playmaker missed the Pittodrie victory and the 6-0 blitz of Ross County the previous week after being sidelined for two games following his red card against Livingston.

As the Hoops gaffer ponders who takes the role, he revealed the Aussie had suffered a slight reaction in his troublesome knee with some inflammation following the Pittodrie procession.

That could swing the advantage in Christie’s favour, but Lennon knows he has an intriguing duel from two quality performers to look forward to throughout the campaign.