Celtic Quick News on News Now
You are at:Home»Latest News»RYAN SHAME – OR KRIS OF LIFE FOR CHRISTIE?
By CQN Magazine on 17th April 2019 Latest News

RYAN CHRISTIE is determined to make an astonishing return after it looked as though he had been ruled out of the season’s grand finale against Hearts at Hampden on May 25.

Celtic are refusing to put a time scale of the midfielder’s recovery, but it was believed the Scottish Cup Final and the opportunity for a phenomenal treble treble may come just too soon for the unfortunate playmaker.

However, Christie will use team-mate Kristoffer Ajer as his motivation in his inspired bid to be fit in time for the big game, as reported in the Sun.

The Norwegian defender suffered a similar injury against Livingston on November 11 last year.

But Ajer was back training within three weeks and returned to the first team on December 13. With the Cup Final five and a half weeks away, Christie is determined to be back in a similar time scale. 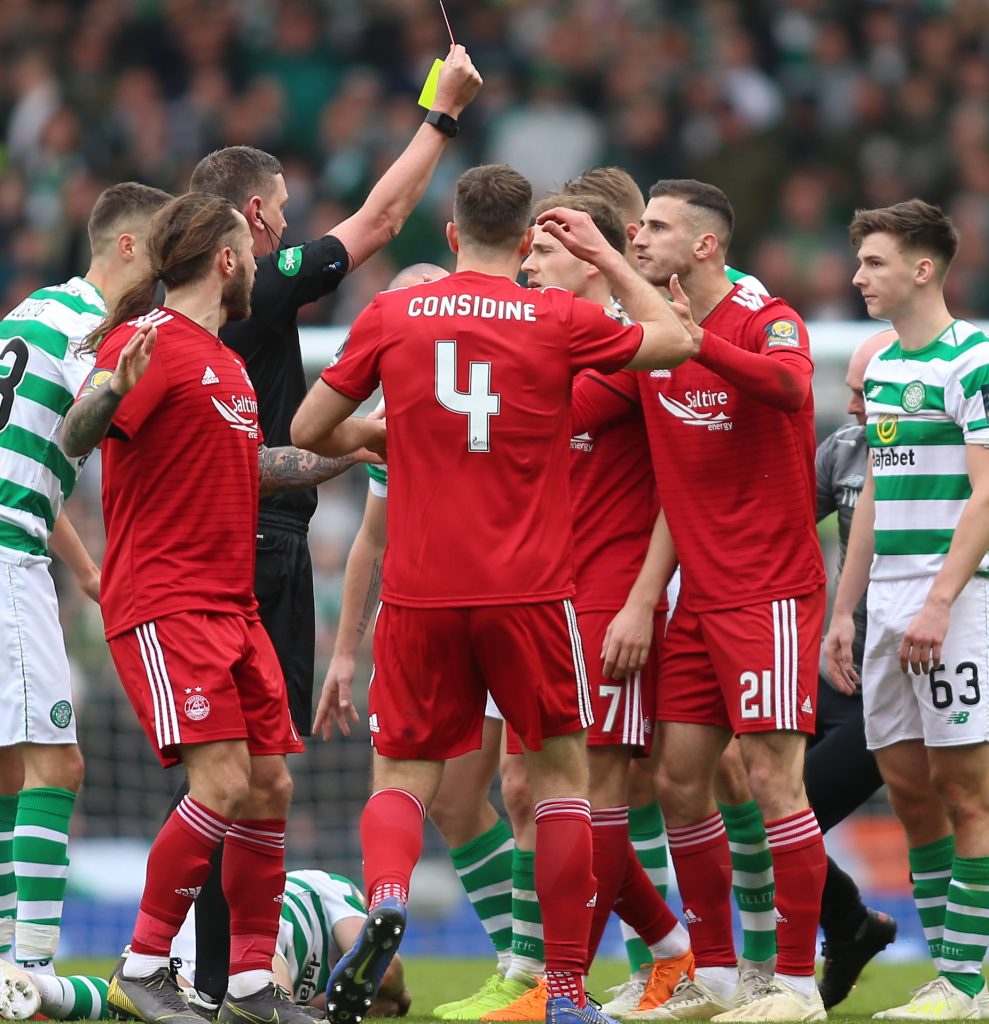 He will undergo surgery tomorrow following the “multiple facial fractures” he received after a sickening mid-air collision with Aberdeen’s Dom Ball who was immediately sent off by referee Craig Thomson after picking up a second yellow card.

The Hoops star was left unconscious after the Dons defender’s head made brutal contact with his face and the tie was held up for six minutes before the 24-year-old Highlander was stretchered off.

James Forrest scored the opening goal in the first-half added-on time and Tom Rogic, Christie’s replacement, claimed the third with Odsonne Edouard rolling in a penalty-kick in between the strikes.

A Celtic statement read: “Ryan is scheduled to undergo surgery on Thursday of this week. We are not able at this stage to give any specific indication on a timescale for his return to action, but, of course, everyone at Celtic wishes Ryan all the best for his full recovery.

“Ryan would also like to thank everyone sincerely for the many wishes of support he has received.”

OUCH…Kristoffer Ajer in agony after a bash in the face against Livingston in November.

Christie posted a picture of himself on social media which showed his severely bruised face.

Boss Neil Lennon’s immediate reaction was that he was “hopeful” the player would be fir for the club’s return to the national stadium against the Edinburgh side next month.

Christie was the Hoops’ matchwinner in the League Cup Final against the Pittodrie side in December when he lashed in the only goal of the game just before the interval.

The courageous youngster will battle to get the opportunity to stage an action replay against Craig Levein’s outfit next month.