LIAM SCALES was left disappointed and puzzled after being left out of the TWENTY-THREE man Republic of Ireland squad that was stripped for their friendly against Qatar in the Aviva Stadium last night.

Manager Stephen Kenny called up the young Celtic defender last week for the international double-header against Azerbaijan, a 3-0 victory in the World Cup qualifier at the weekend, and the friendly against next year’s elite competition hosts. 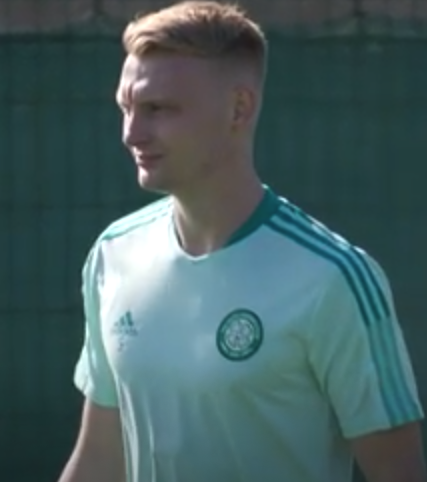 ODD MAN OUT…Liam Scales will be back at training at Lennoxtown after missing out on two international games.

There was no show Scales in the first match following an exhausting round trip and he was omitted again from the player pool in the 4-0 romp against the Qataris with former Dunfermline gaffer Kenny utilising SIX substitutes in the second-half.

The experience of representing his country at full level would have been invaluable for the 23-year-old £600,000 summer arrival from Shamrock Rovers, but it wasn’t to be following a double snub.

Scales, who was on the bench for last month’s match against Serbia, may have better luck when the Irish play two meaningless World Cup qualifiers at home to Portugal on Thursday November 11 and away to Luxembourg three days later. 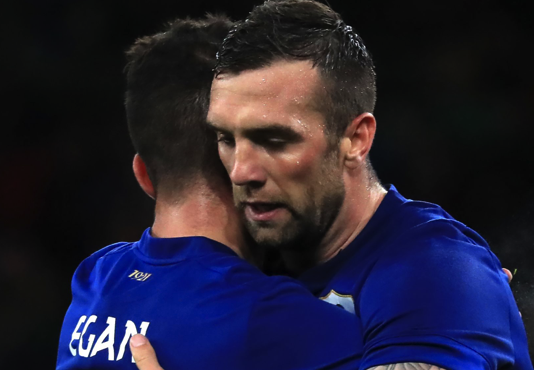 CHEERS…Shane Duffy is congratulated after his goal against the Qataris.

The versatile back-four performer got a good view of former Hoops loan defender Shane Duffy scoring one of his nation’s four goals in Dublin while Callum Robinson claimed a hat-trick, the first treble for the team since another ex-Celt Robbie Keane achieved the feat against Gibraltar in October 2014.

Kenny, who had won only one of his first 16 games in charge, celebrated a second victory inside four days. His starting line-up last night featured five changes from the side that won in Baku.

Unfortunately, Scales, who is likely to make the substitutes’ bench for Ange Postecoglou’s squad at Motherwell on Saturday, was not among those given the nod to play in front of the home fans at the Aviva.