Celtic Quick News on News Now
You are at:Home»Football Matters»SCEPOVIC HIT FOR SIX, JUST LIKE GUIDETTI
By CQN Magazine on 13th March 2016 Football Matters
CELTIC flop Stefan Scepovic’s misery was cut short during Getafe’s 6-0 hammering from Barcelona yesterday.
The Serbian striker, on loan at the Spanish outfit until the end of the season, didn’t even last an hour before he was hauled off by frustrated boss Fran Escriba.
Scepovic, who cost the Hoops £2.4million from Sporting Gijon in August 2014, hardly got a kick of the ball as the Catalan superstars raced into a 4-0 interval advantage.
The misfit marksman admitted before the game he feared facing the firing squad as his La Liga strugglers tried to compete with the frontmen he rates as the greatest anywhere in football. 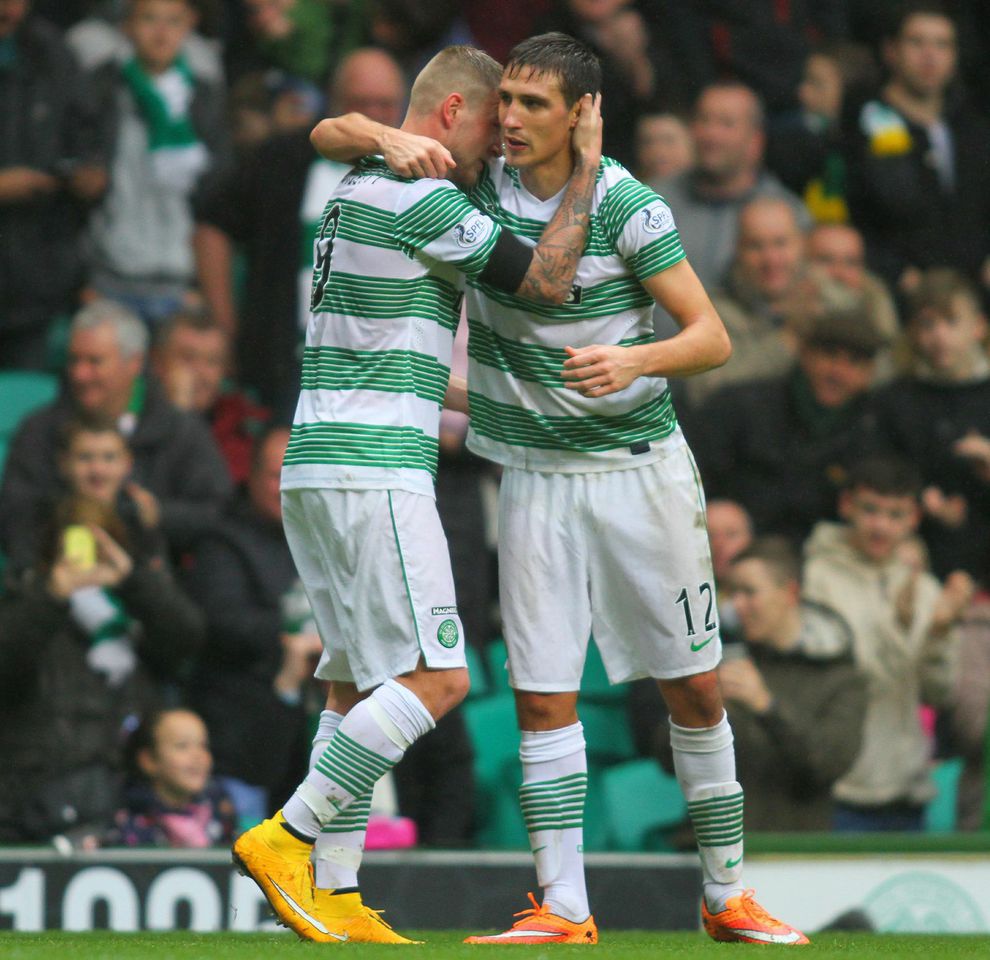 Scepovic, who scored a mere four goals for the Hoops in 25 appearances, warned: “The strikers of Barcelona are the best in the world and they are scoring an incredible number of goals.
“They are playing well in all competitions and just keep on scoring.”
Lionel Messi could even afford to squander a penalty-kick – his FOURTH miss this season – and coach Luis Enrique allowed Luis Suarez a day off on the substitutes’ bench as his team ran amok on their way to their record-equalling 12th successive league win.
Messi made up his his spot-kick blunder by netting the fourth following an own goal from Juan Rodriguez and others from Munir El Haddadi and Neymar before the break.
The Brazilian ace added No.5 before Arda Turan rounded off the scoring with a superb bicycle-kick.
Scepovic made way in the 54th minute and coach Escriba sighed: “We didn’t have a chance. The game was lost from 2-0.”
The eight-times capped international has found goals as difficult to come by in Spain as he did in Scotland and has claimed only four in 29 appearances for the Spanish outfit who have lost six of their last seven league games and have scored only once.
He agreed a four-year deal with the SPFL champions when he arrived from Spain, but his value has plummeted along with his goalscoring rate.
Ronny Deila shelled out the cash after being impressed by Scepovic’s remarkable 23-goal haul for Sporting Gijon the previous season.
A few weeks ago Barcelona also scored 6 goals against a Celta Vigo side which featured John Guidetti. The former Manchester City player, who had an eventual loan spell at Celtic last season did manage to reply with a goal from the penalty spot. Embarrassingly he cupped his ears to the Barca fans.
Barcelona are some team, right enough!