JOHN McGINN has thanked Scott Brown for welcoming him to the Scotland set-up three years ago.

The Aston Villa star, who almost joined the 33-year-old Celtic skipper at the champions in the summer, is grateful for the help as he settled into life at international level.

McGinn, who quit Hibs in a £2.75million switch for the Midlands outfit, has been tipped to be Brown’s long-term replacement at the national team.

The 24-year-old dynamo is in line to win his 14th cap in Astana on Thursday afternoon as Alex McLeish’s men bid to get the Euro 2020 qualifying campaign off to a winning start against Kazakhstan with a trip to San Marino due three days later.

McGinn, speaking to the Daily Record, said: “I’m aware I’ve been compared with Scott and he’s a player I’ve looked up to massively.

“He took me under his wing when I first went into the Scotland squad and, as a former Hibs player, knew exactly the position I was in and how daunting it was to initially step up to the national side. 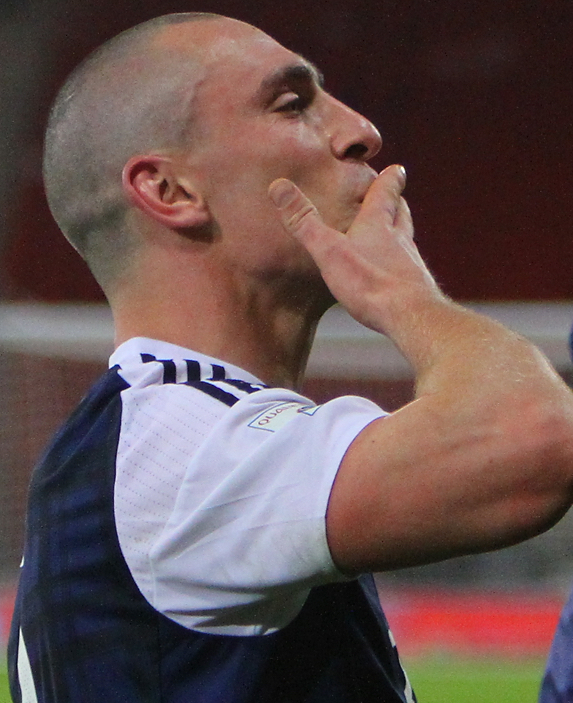 KISS-OFF…Scott Brown leaves the field after one of his last Scotand appearances against Slovenia two years ago.

“Scotty used to say I was a bit more attack-minded, but I’ve noticed he’s managed to get a few goals recently. If I could achieve half as much in my career I will be delighted.

“He never saw me as a threat and that’s why he’s been so successful. He has an influence on the dressing room and always tries to help everyone further their career.”

McGinn has played almost 40 games for Villa and has scored three goals in his last two games as the side edge towards a promotion play-off place.

Dean Smith, who took over from Steve Bruce as his club boss earlier this term, has given the hard-working former St Mirren player the go-ahead to drive from box to box and add goals to his game.

McGinn said: “I should be scoring more often, especially as the manager has asked me to play a new position, slightly more advanced and with a licence to get into the box.

“I’ve scored five, but given the chances we create I should be hitting at least 10. It’s something I’ve been trying to work on. I feel as if I’ve been saying that every year but hopefully I can build on this recent run.

“At Hibs we had Scott Allan and Liam Henderson always in the No.10 position, so it forced me and Dylan McGeouch to play a little deeper.

“I really enjoyed playing in Scotland, but it’s a new challenge in the Championship because you’re only playing each team twice and you’re going to big grounds and playing tough games every week.

“The big difference with Scotland is the physicality of every team and you know if you don’t go into every game 100 per cent at it you’re going to get done over. It’s a style and league that suits me and I’m thriving.”