CALLUM McGREGOR once again produced a totally professional performance as he controlled the midfield to push Scotland to a well-deserved 2-0 win over Denmark at a sold-out Hampden tonight.

The Celtic captain went about his role in an expert fashion as a goal in each half from John Souttar and Che Adams gave Steve Clarke’s side the victory in the final qualifier in Group F that secured a home play-off semi-final place in March before the Qatar Finals this time next year.

The Danes had been unbeaten in their previous 26 World Cup and European Championship qualifiers and had won all of their nine matches in the section, including a 3-0 triumph over the Scots. 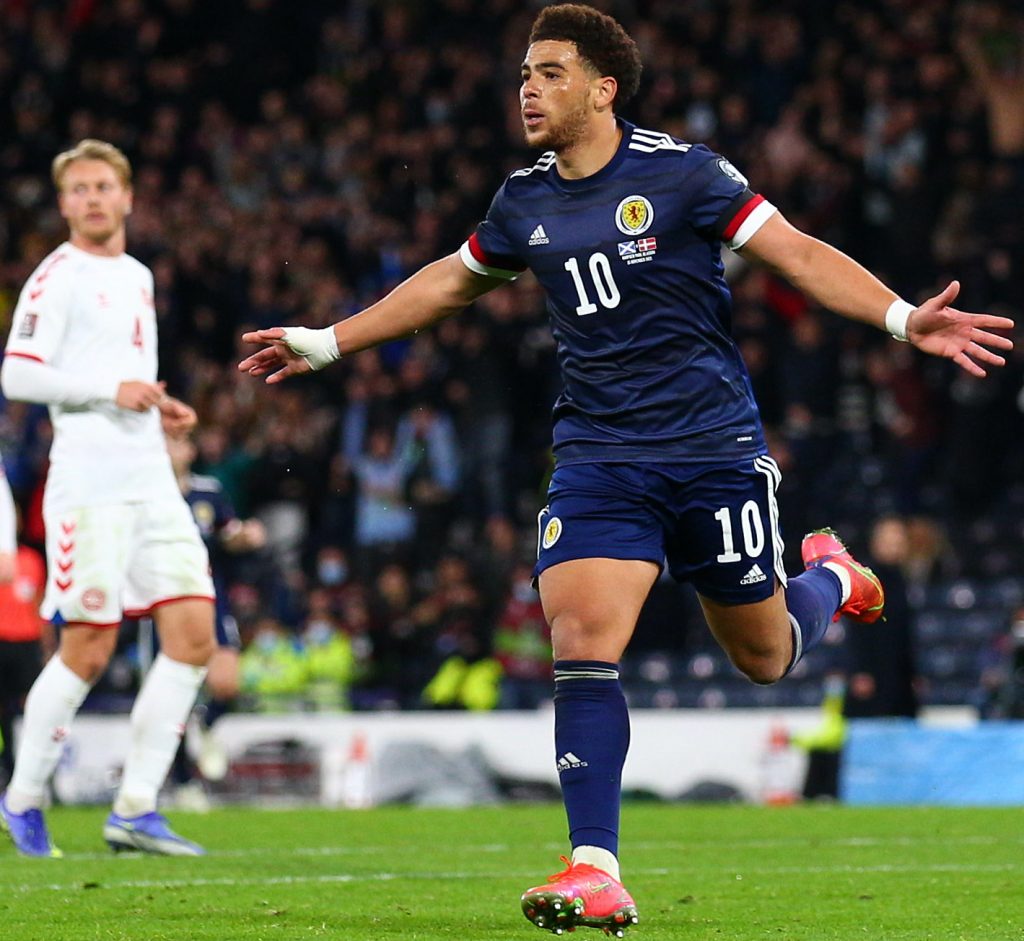 WORLD OF A DIFFERENCE…Che Adams celebrates scoring the second and killer goal against Denmark. 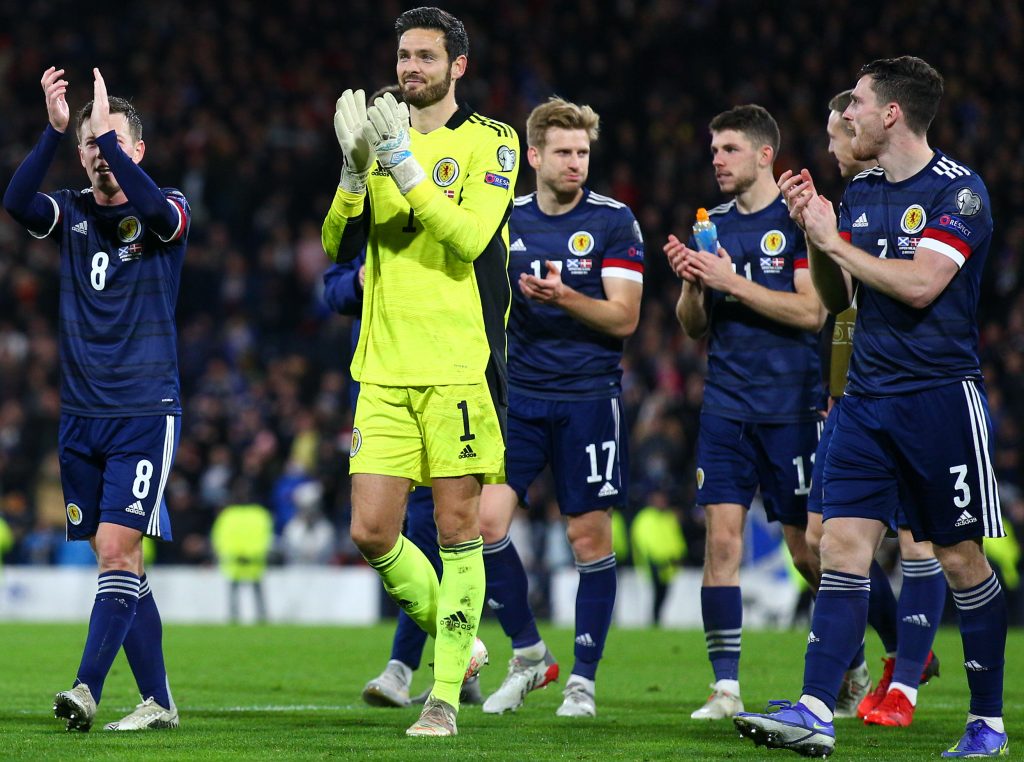 SCOTLAND THE RAVE…Callum McGregor (extreme left) and keeper Craig Gordon lead the applause for the Tartan Army after a massive win over the Danes at Hampden.

However, comeback man Souttar, playing his first full international in three years after a battle against injury, nodded in the opener on 35 minutes following a John McGinn right-wing corner-kick which had been headed on by Liam Cooper at the back post.

With the game heading towards a satisfactory conclusion, substitute Stuart Armstrong sent his Southampton team-mate Adams racing clear and the hard-working frontman curled in the second and killer strike to give Scotland a sixth win in a row.

With two minutes remaining, Hoops’ rejuvenated right-back Anthony Ralston came on for his full international debut when he replaced the limping Kieran Tierney, his ex-Hoops team-mate.

The result means Clarke’s men’s tally of 17 points guarantees them a spot as one of the highest-ranked group runners-up, meaning their one-off World Cup play-off semi-final will be at Hampden against an unseeded opponent.

Scotland will discover their opponents a week on Friday before their one-off semi-final on March 24.