Celtic Quick News on News Now
You are at:Home»Football Matters»‘SCOTLAND SHOULD THANK BRENDAN,’ INSISTS GORDON
By CQN Magazine on 4th June 2017 Football Matters
CRAIG GORDON reckons Brendan Rodgers will deserve praise if Scotland overcome England in the World Cup qualifier on Saturday.
The Celtic keeper is poised to face the Auld Enemy at Hampden thinks the Irishman will be due the thanks of the nation if they can grab three points in the battle to get to Russia next summer.
Six Hoops players – Gordon and his team-mates Kieran Tierney, Scott Brown, Stuart Armstrong, James Forrest and Leigh Griffiths – are likely to turn out against the English.
Gordon said: “We have got a lot to thank him for. A lot of the combinations that we practice here we are able to transfer them over to the national team.
“So, I am sure he will take a bit of the credit for that as well. He will see it, he will watch the game and he knows what we are trying to do. 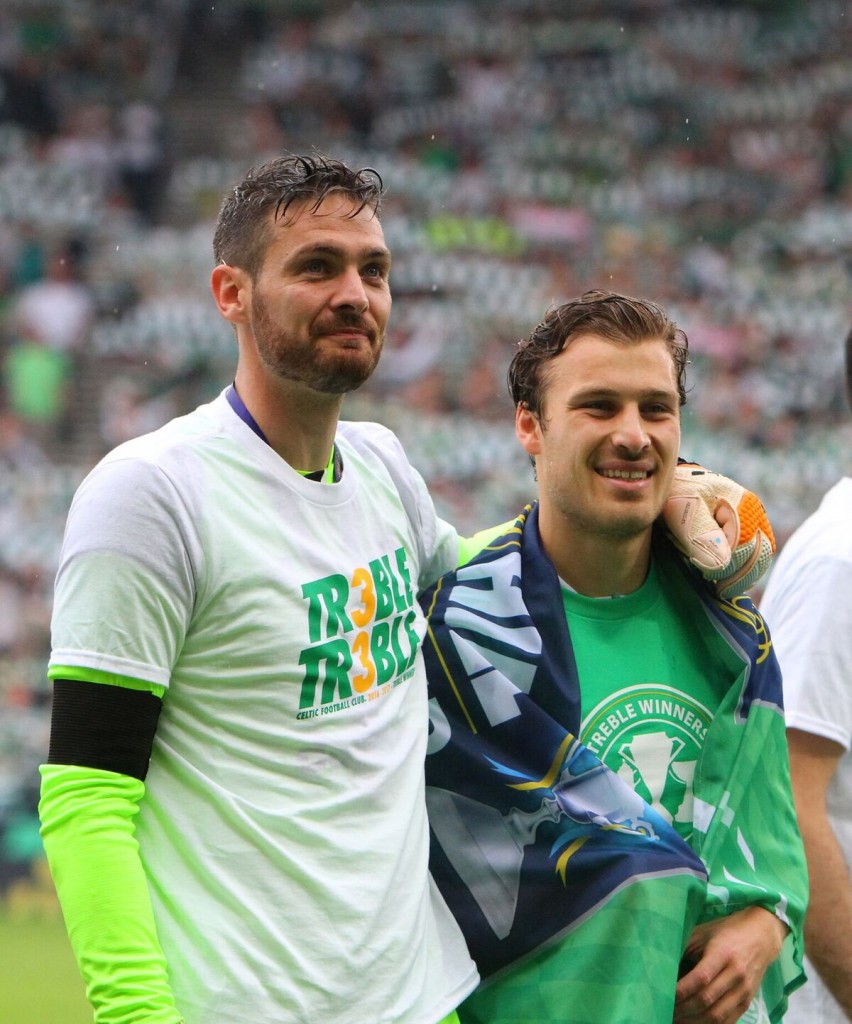 “We don’t want to get beaten again this season, we just want to keep winning. We have to do that in every game, whether for Celtic or Scotland, just keep performing at the levels we have been.
“If we can do that, we will give ourselves a good chance.”
Gordon accepts he would derive personal satisfaction in another win at the national stadium. He was introduced to the action as a substitute during the 3-1 friendly defeat at Celtic Park in late 2014 and played the entire 90 minutes of the 3-0 defeat at Wembley last year.
He added: “Yes, I will take every bit of motivation going into that game, but we don’t need it. We will just go out there and play our game.
“At times at Wembley, we performed really well, we created chances which could have changed the game. We didn’t defend very well, but we defended a lot better against Slovenia in March.”We kept the ball better. We were a little bit guilty against England of trying to attack too quickly, but against Slovenia we got the difference between keeping the ball and attacking, we got that a lot stronger and kept the ball in the right areas.
“That was more pleasing, the way we controlled the game. It is easier to do that at home than it is away but we certainly controlled the game better and we want to continue that against England.”
CQN’s VENI VIDI VICI – I came, I saw, I conquered tribute t-shirts for Brendan Rodgers are selling fast. On the back we have Brendan’s quote from last Saturday at the Scottish Cup Final – “I was born into Celtic,” order yours now at cqnbookstore.com