SCOTLAND boss Steve Clarke did Celtic a favour by NOT playing Callum McGregor or Greg Taylor in the 2-2 friendly draw with Austria in Vienna last night.

Both the Hoops skipper and the left-back were involved for 77 minutes of the 1-1 draw with Poland at Hampden last week, but were given the evening off in the Austrian capital.

Clarke named the Celts as substitutes, but neither got the nod to come on and risk being injured before Sunday’s crucial Premiership encounter at Ibrox.

Former Parkhead stars were to the fore, though, with ex-central defender Jack Hendry heading in the opening goal while Craig Gordon made three excellent saves in the first-half before one-time Brendan Rodgers target John McGinn thumped in the second 11 minutes after the turnaround. 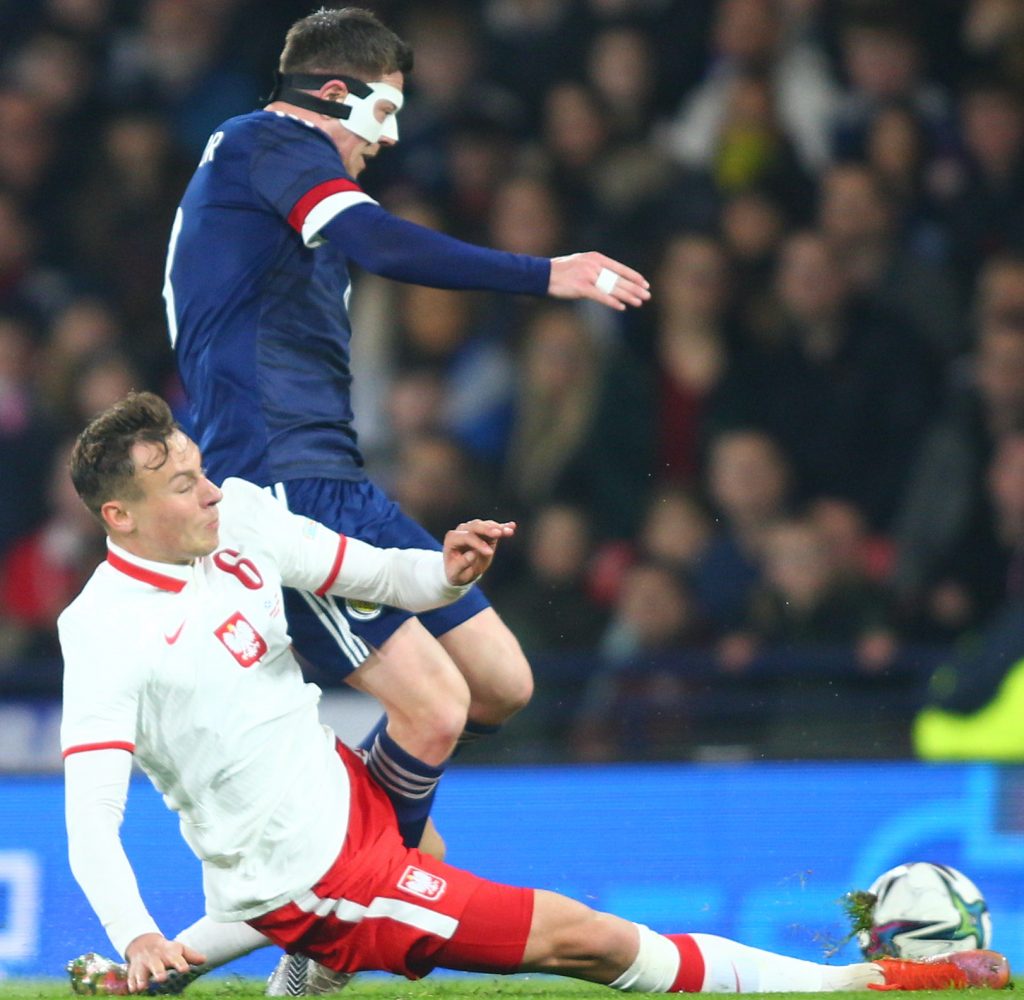 CRUNCH…Callum McGregor is tackled by Polish defender Szymon Zukowski in the 1-1 draw at Hampden.

The hosts came back to gain a well-earned draw against a line-up that also contained Kieran Tierney and Stuart Armstrong who was later replaced by ex-Hoops colleague Ryan Christie.

Ange Postecoglou will put his players through a loosening-up session at Lennoxtown to gauge their reactions to their involvement in the games plus travel.

At the moment, the only problem appears to concern back-up centre-half Stephen Welsh who limped off with a groin strain during Scotland’s Under-21s’ 2-2 draw in Kazakhstan.

It also looks as tough Croatia right-back Josip Juranovic, Greece striker Giorgos Giakoumakis, Israel anchorman Nir Bitton and playmaker Matt O’Riley, who made a substitute appearance for the Denmark Under-21s in their 1-1 stalemate with Belgium, have come through unscathed during their international sorties.