Celtic Quick News on News Now
You are at:Home»Latest News»SCOTS CRASH OUT OF EURO 2016
By CQN Magazine on 8th October 2015 Latest News
GORDON STRACHAN watched in anguish tonight as Scotland crashed out of the European Championships after a dramatic 2-2 draw with Poland at Hampden.
Robert Lewandowdski scored with the last kick of the ball in the fourth minute of stoppage time to give the Poles a point.
And Shane Long netted the only goal of the game to give Martin O’Neill’s Republic of Ireland a sensational victory over world champions Germany at the Aviva Stadium.
That ended the dream of Scott Brown and Co of reaching next summer’s finals in France. 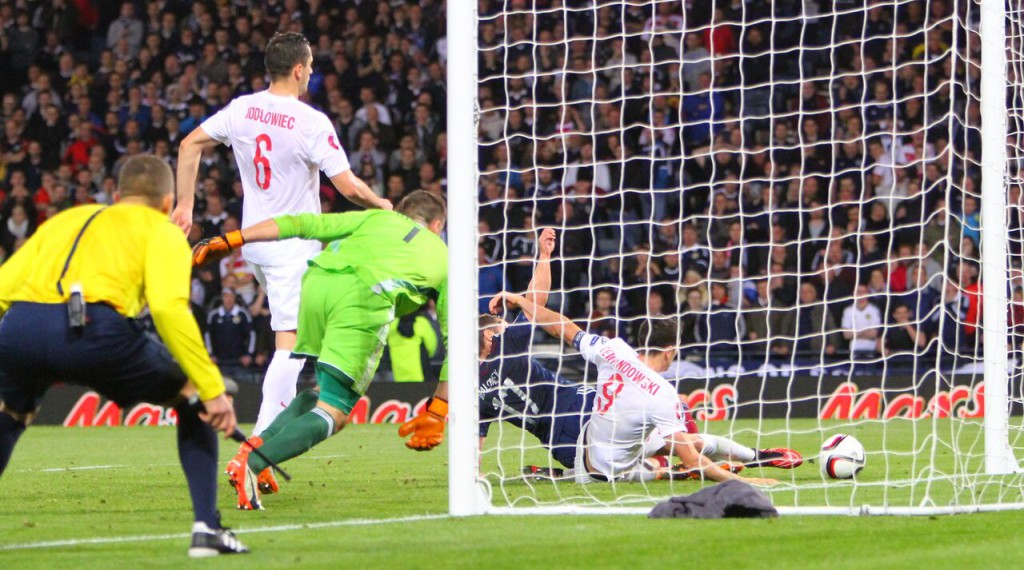 It had been a struggle for the Scots as early as the third minute when the prolific Lewandowski put the Poles ahead.
However, Matt Ritchie levelled the game on the stroke of half-time with a 30-yard strike.
A fantastic effort from Steven Fletcher put the Scots 2-1 up on 62 minutes, but Lewandowski salvaged a point for Poland after a free-kick bounced off the base of the post, ran along the line and he was quickest to react.
The result, combined with the Republic of Ireland’s 1-0 win over Germany, means the Scots are out.
After the initial shock of losing the early goal, Strachan’s men grew in confidence and James Forrest set up Ritchie for his stunning strike for the equaliser.
The second-half started at a blistering pace, with chances at both ends before Fletcher completed the turnaround.
The Sunderland man curled a left-footed shot over the keeper from 15 yards on 62 minutes keeping hopes of qualification alive.

But no sooner had Scotland gone ahead than news came through from Dublin that Long had given the Irish the lead against Germany.

Strachan now takes his side to Portugal on Sunday for a meaningless encounter with Gibraltar.
Scotland are on 12 points – six behind Ireland and Poland with one match to play, extending their wait for a major tournament berth to 20 years.
Congratulations to the Irish from all at CQN.
Click Here for Comments >
Share. Twitter Facebook Google+ Pinterest LinkedIn Tumblr Email
Previous ArticleBanned, its head chopped off but Fifa remains dysfunctional
Next Article VIRGIL CALLS OUT THE ANTI-CELTIC MSM