Celtic Quick News on News Now
You are at:Home»Latest News»SCOTS SNUB A ‘KICK IN THE TEETH,’ GRIFF
By CQN Magazine on 17th September 2018 Latest News

CELTIC striker Leigh Griffiths admits it was like being “kicked in the teeth” to discover he had been axed by Scotland boss Alex McLeish.

The 28-year-old frontman was dropped from the team that took on Albania in the opening tie of the UEFA Nations League game at Hampden last Monday.

Griffiths had been a lone frontman in the friendly against Belgium three nights beforehand and had run unselfishly feeding off scraps until he limped off at the interval to be replaced by Steven Naismith.

The Scots were a goal adrift after the opening period, but collapsed after the turnaround and were blitzed 4-0 by the nation that came third in the World Cup in Russia in the summer.

McLeish stuck with the Hearts’ on-loan veteran for the game against the Albanians with  the Hoops attacker on the substitutes’ bench. Scotland won 2-0 with Naismith scoring one and assisting in the other while the Celtic Centurian came on late in the second-half.

Griffiths revealed he was shocked to hear the unwanted Norwich City player would get the nod to lead the line again against Israel next month in the second game in the competition. 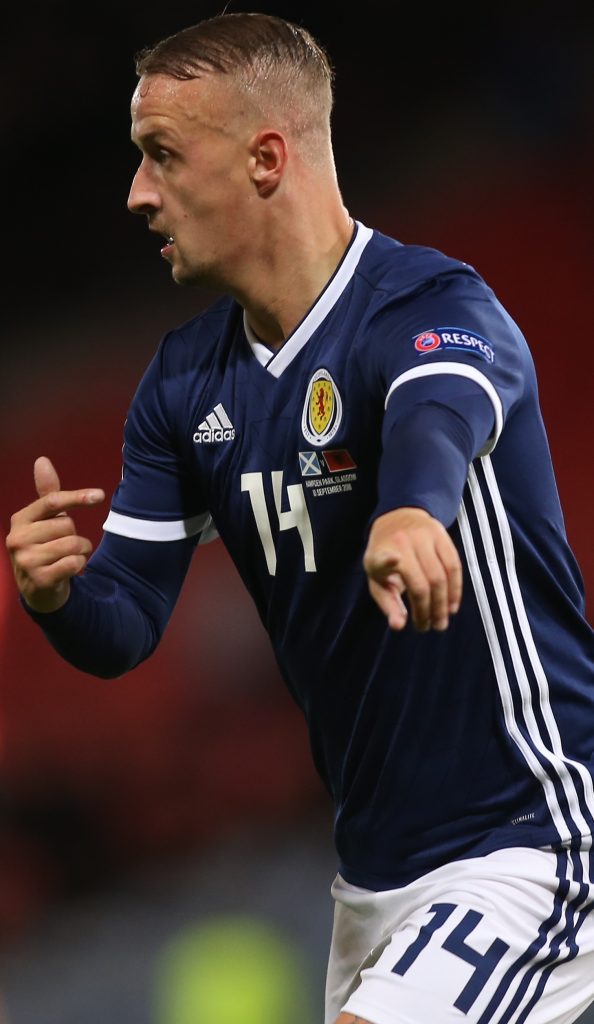 He said: “It’s a kick in the teeth. Not just for me, but for all the strikers.

“It’s an incentive to work hard at our clubs and try to change his mind. I was surprised as well, but these things happen.

“Naisy came in and did really well. He scored, ran about, and did his job. I was a bit surprised to see he (McLeish) has already selected him for the next game.

“That’s his choice. If he wants to make that call, it’s fine. You just need to take these things on the chin.”

Griffiths, who has scored four goals in his 19 appearances for his nation, added: “I’ve had setbacks with Scotland before, this was another one.

“I’ll just got away and work even harder to make sure I am on top form the next time the internationals come around.

“I have been doubted my whole life, but I keep shooting people down. It seems every season I have to prove people wrong.

“I do my talking on the pitch, that means doing well for Celtic and putting the ball in the back of the net.”