Celtic Quick News on News Now
You are at:Home»Latest News»‘SCOTT BROWN CAN STILL BE A HUGE PLAYER FOR CELTIC,’ INSISTS CRITIC
By CQN Magazine on 15th February 2021 Latest News

SCOTT BROWN can still play a major role for Celtic in the new season.

The Hoops captain, who will celebrate his 36th birthday in June, can still play “a big part in 20 to 30 games”, according to the ex-Hearts and Hibs star.

Brown has been immense in the past few outings and scored with a brilliant diving header to open the scoring in the 4-0 victory over Kilmarnock at Rugby Park. CQN rated him “imperious” in the 2-1 triumph over St Johnstone in Perth yesterday as he strolled through the 90 minutes.

And the veteran will be leading from the front again when Aberdeen visit on league business in midweek.

Brown’s contract is up in the summer and so far there has been no indication of whether he’ll hang up his boots, stay at the Parkhead club or move elsewhere.

He has played all but 20 minutes of his side’s last four successive wins and the pundit reckons he is well worth an extension that will keep the man who has won an astonishing TWENTY-TWO honours at the club for at least another 12 months. 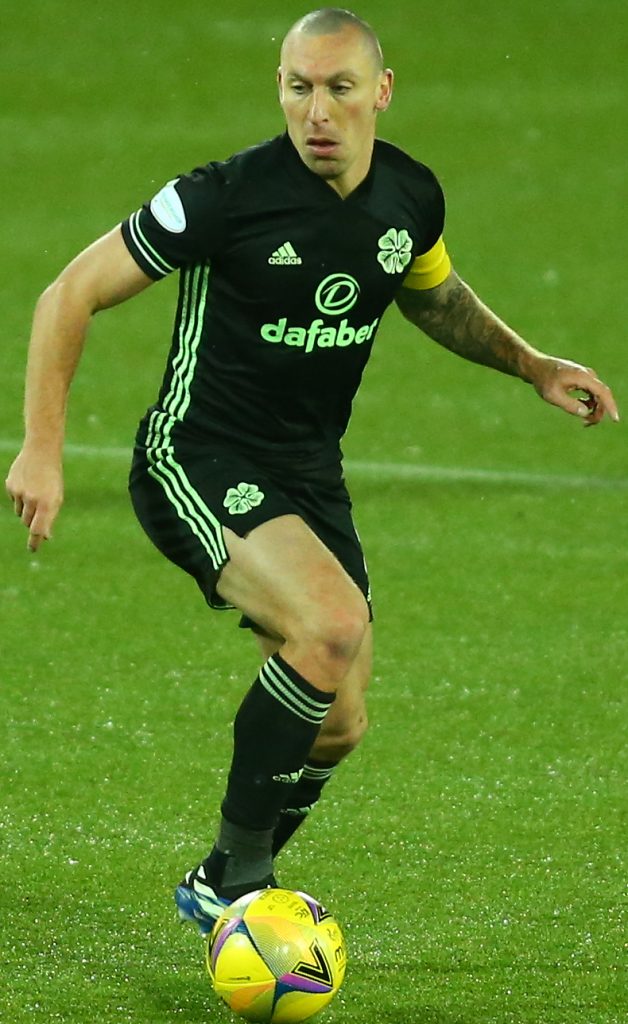 Stewart, speaking on Sportscene, said: “It’s his reading of the game, recognising where the danger is.

“Look, Scott Brown will be 36 in the summer. We’ve seen Ismaila Soro coming in and playing games, and doing well.

“Scott Brown still has a very important part to play in the Celtic side.

“He’s not going to play every game, I don’t know how long I’ve been going on about this: he can’t play 60 games a season.

“But you can see if you manage it properly he can play a big part for 20 to 30 games.

“And that’s the important thing for Celtic that they need to recognise.

“They need to have some alternative, but Scott Brown can still be a huge player for Celtic – as long as you manage the games he plays.

But that won’t stop the Celtic warrior giving it his all against Derek McInnes’ Dons at Parkhead on Wednesday.

QUICKFIRE EDOUARD AT THE DOUBLE