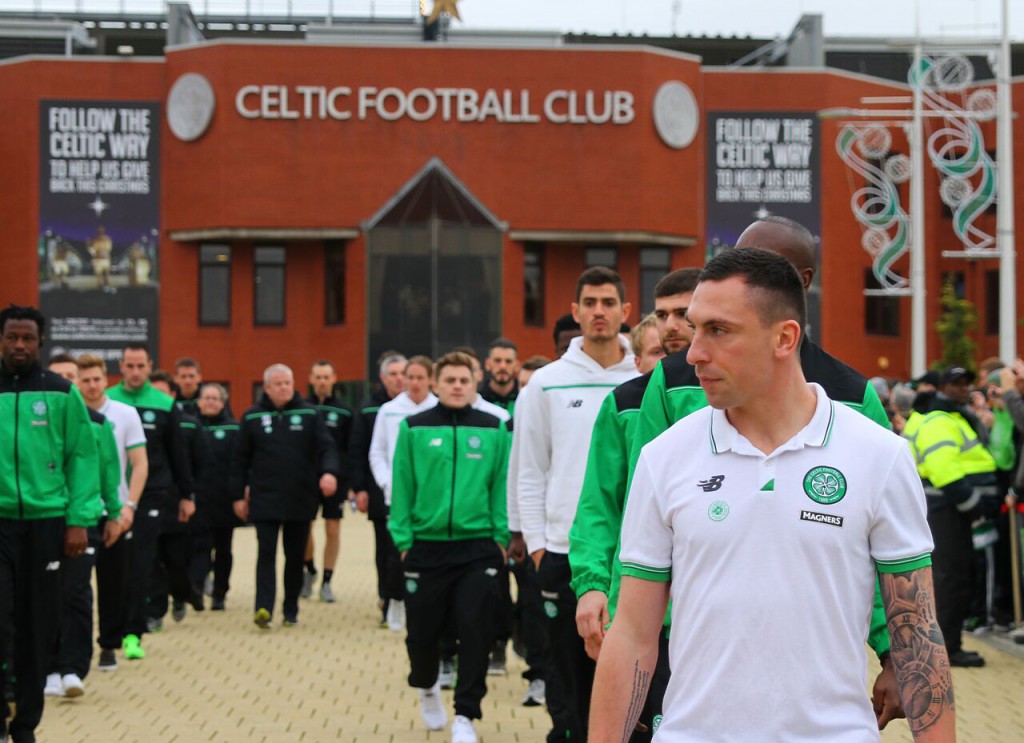 SCOTT BROWN has hit back at the organisers of a petition who are calling for Ronny Deila to be sacked.

The Celtic skipper believes the criticism aimed at the Hoops boss is way over the top and he is calling for the fans to put on a united front.

An online petition asking the club to axe Deila had attracted fewer than 300 names, but Brown is unhappy at its existence. He said: “It’s very harsh. We are top of the league, we are a point clear of Aberdeen, who are having a good season.

“We are in both cups and, yes, we were disappointed with Europe, but there is nothing we can do about that.

“We just have to concentrate on the three tournaments that we are in.

“We know we aren’t playing the best, but you go through patches like this and the fans’ support is vital.

“They are brilliant, they support us week in, week out home and away. They give us 100 per cent and we give the same on the park.

“It just didn’t happen the other day against Motherwell.

“But we will bounce back from that and this is when you see what a team is all about.

“You use your squad, you use your players and the manager will do that wisely.

“He will get the best out of the bunch of lads that is there just now.”

Deila described the criticism in the wake of the weekend defeat to Motherwell as “crazy”.

He said: “I follow football all the time and I have seen this before. There are always ups, very high and very low, it’s never something in between.

“But if you see the overall situation when you are leading the league and into everything. I cannot understand everything is so unbelievably bad.

“It’s about getting clicks on the internet and it’s about selling newspapers, because it is unbelievable.

“It just shows how crazy it is because there is so much emotion, so much focus around football nowadays.

“It affects the players, it affects the club and we need to stay calm inside. That is the most important thing. We need to be together and that’s what I feel. I feel united with the players and with the staff and the people in the club.

“Yes, we have challenges that we need to do better, but when we stay united and are going forward then we can do it.

“We have not played well in the last two games, but every team goes through periods like this. You have to see the whole picture.

“We hadn’t lost in the league since September, now we have to get back on track and we have been very good at bouncing back from a bad result in the past.”