Celtic Quick News on News Now
You are at:Home»Latest News»SCOTT BROWN ON 10-IN-A-ROW
By CQN Magazine on 15th May 2016 Latest News

SKIPPER Scott Brown believes Celtic will be unstoppable in the league over the next couple of seasons.
But the 30-year-old midfielder, who was rested for the last three games of the campaign, isn’t certain he will be there for 10 in a row.
When asked if he thought the H 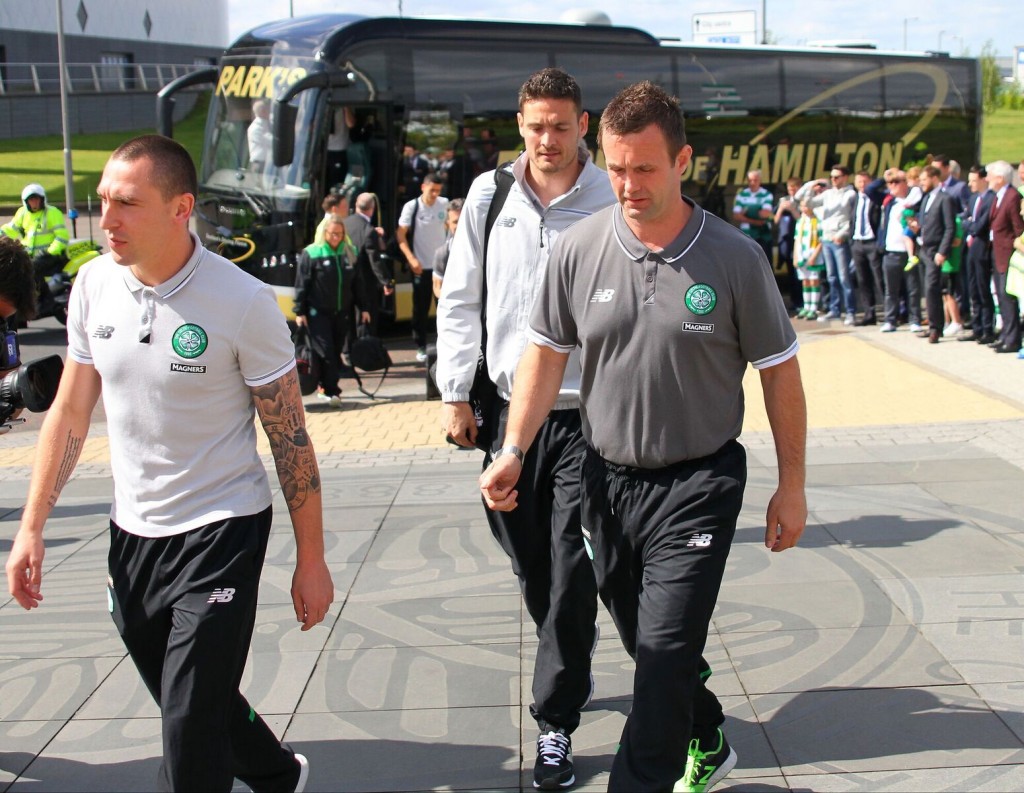 oops could take their title-winning sequence into double figures, he replied: “I would love to say yes, but I’m not sure my body could handle it.
“The way we performed today, though, showed how we can play on a good pitch.
“You can only beat what is is front of you and we’ve done that for the fifth successive year.
“And I’m sure we will win it next year and the season after that.
“You never tire of these moments. I thought the lads were unbelievable and, of course, winning the league means so much to everybody.
“The fans were exceptional again, we wanted to give them something back and we couldn’t have picked a better day for it.”
Brown also had a sideswipe at some of the critical observations that were made during the season.
He added: “I don’t think I have to prove anyone wrong. The only person who really matters is the new manager.
“Critics are critics and I enjoy them. They can say what they want and when they want.
“Just so long as we keep winning league championships.”

CQN are placing advertisements in newspapers in England and Switzerland later this month regarding Resolution 12.

We have been crowd funding this initiative over the past few days and have until Friday morning to reach our target. Thank you to everyone who has so far contributed.

If you would like to contribute to the cost of running these Resolution 12 newspaper statements please do so HERE.

If you fancy buying a book from CQN Bookstore we will also donate £5 from every book sold this week to the Newspaper Statement fund.