The new facility has been built to serve the local community.

Broony was joined former Celtic skipper Tom Boyd and The John Thomson Memorial Committee at the unveiling of the new community use pitch which has been established after a huge 6 year fundraising effort by the Committee.

The initiative has also been supported by Fife Council and Fife Sport and Leisure Trust.

Great to be in Fife for the opening of John Thomson Park. A credit to the community and @leftybhoy who drove it on. pic.twitter.com/yR9BFaFlRY

John Thomson (28 January 1909 – 5 September 1931) played as a goalkeeper for Celtic and the Scottish national team.

He played for Celtic from 1927-1931 and sadly died as a result of an accidental collision during a match at Ibrox, aged just 22 years old.

Around 30,000 people went to his funeral in Cardenden, where John lived as a boy.

Many of them had walked the journey of 55 miles from Glasgow. 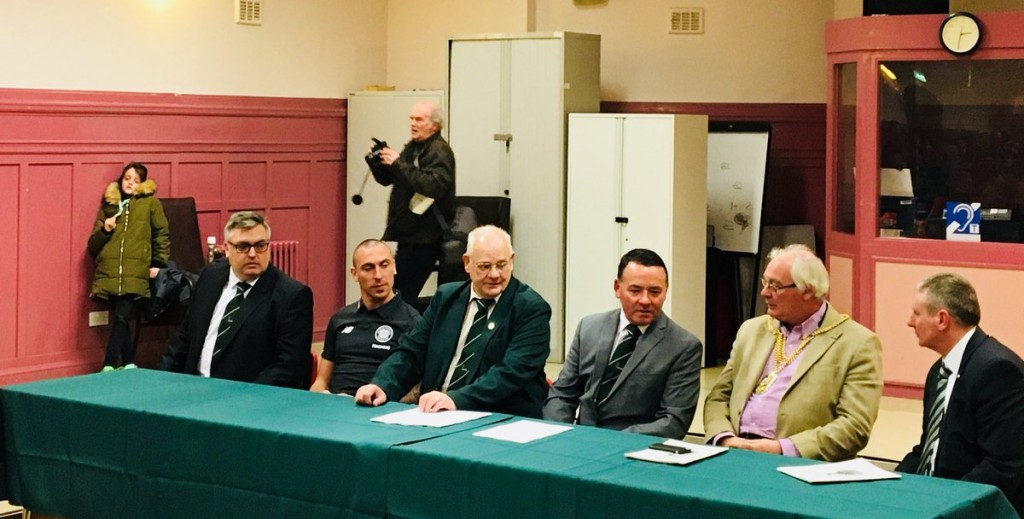 The John Thomson Memorial Committee, a Registered Charity, was founded in 1983 by Alex Burns MBE and exists to preserve the memory of John Thomson, someone who will always be a hugely important figure in the local community and in Celtic’s history.