Celtic Quick News on News Now
You are at:Home»Football Matters»‘SCOTT CAN SHUT OUT CELTS,’ SOUTAR; DENS TICKETS FRUSTRATION FOR BHOYS
By CQN Magazine on 17th March 2017 Football Matters
FORMER Dundee keeper Derek Soutar reckons present-day Dens No.1 Scott Bain can defy Celtic on Sunday.
Bain has been strongly tipped for a summer move to Parkhead with Brendan Rodgers being an admirer of the Dens keeper who has already rejected a new contract for the Tayside club.
If Aberdeen lose at home to Hearts tomorrow, the Hoops will have the opportunity to clinch their sixth successive Premiership title on Tayside.
But Soutar reckons Brendan Rodgers’ side will have to work hard to get anything against Bain.
He said: “Scott is likely to be the busiest man on the pitch at the weekend.
“But I don’t think there’s anyone more equipped than him to stand up to whatever Celtic throw at him. 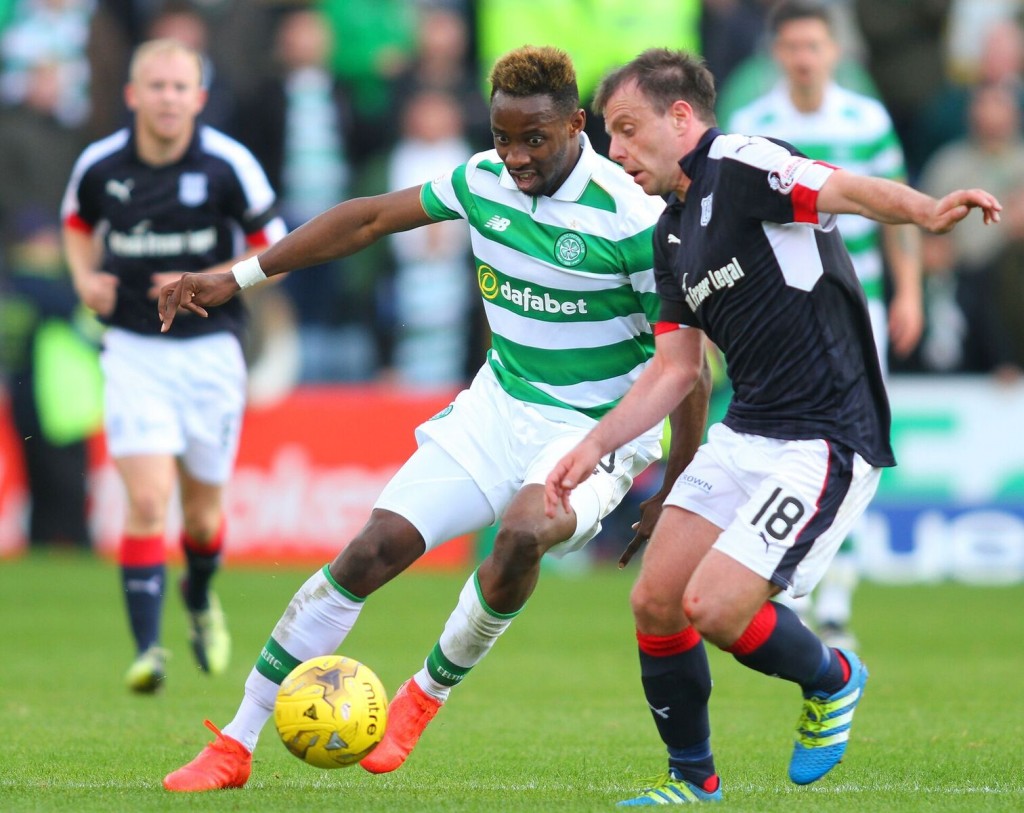 “It would have many keepers quaking in their boots at the prospect of facing the likes of Dembele, Sinclair, Armstrong and maybe even Griffiths.

“Scott isn’t fazed by anything, though, and that’s what makes him the keeper he is today.

“At Aberdeen, when he was just a kid, you could tell he was calm amid pressure and he’ll have to he at his best against Celtic.

“If Celtic know they can win the title on Sunday, they will go for the jugular right away – no doubt about it.

“So, Scott will need to be on his toes from the first whistle. Knowing him, he’ll relish the whole occasion.

“He won’t be having sleepless nights because he’s one of the calmest guys I know.

“Scott could end up being the difference between Celtic clinching the title or having to wait another week.

“I wouldn’t be surprised if he thwarts them as he’s such a big-game player who rises to the occasion.”

If Hearts do win at Pittodrie there will be a ticket scramble but Celtic fans without briefs at this late stage are unlikely to get their hands on a ticket to see Celtic go for clinching six in a row.
Dundee recently sold over 5000 tickets for their home victory against the Comedy Club and that represents an increase of around 500 on what they’d usually achieve for such a match.
And Celtic supporters groups have already complained that the ticket allocation for this game was reduced in comparison to match between the teams in October when a Scott Brown goal was enough to give Celtic the 3 points.
Dundee have stated this week that they will NOT release additional tickets to Celtic supporters should the Championship party be on.