SCOTT SINCLAIR scored his first goal for Celtic on his debut against Hearts on August 7, 2016.

The Englishman had just arrived in a £4.5million switch from Aston Villa 24 hours hours earlier and manager Brendan Rodgers started him on the substitutes’ bench.

The game was tied at 1-1 when Sinclair was sent on for Stuart Armstrong in the 61st minute.

James Forrest had put the champions ahead in the eighth minute, but referee John Beaton awarded the home side a controversial penalty-kick in the 36th minute. The whistler was conned when Jamie Walker took an obvious dive as Kieran Tierney checked out of a tackle.

Walker was later banned for simulation, but it didn’t prevent him from walloping the ridiculous award beyond Craig Gordon for the leveller. 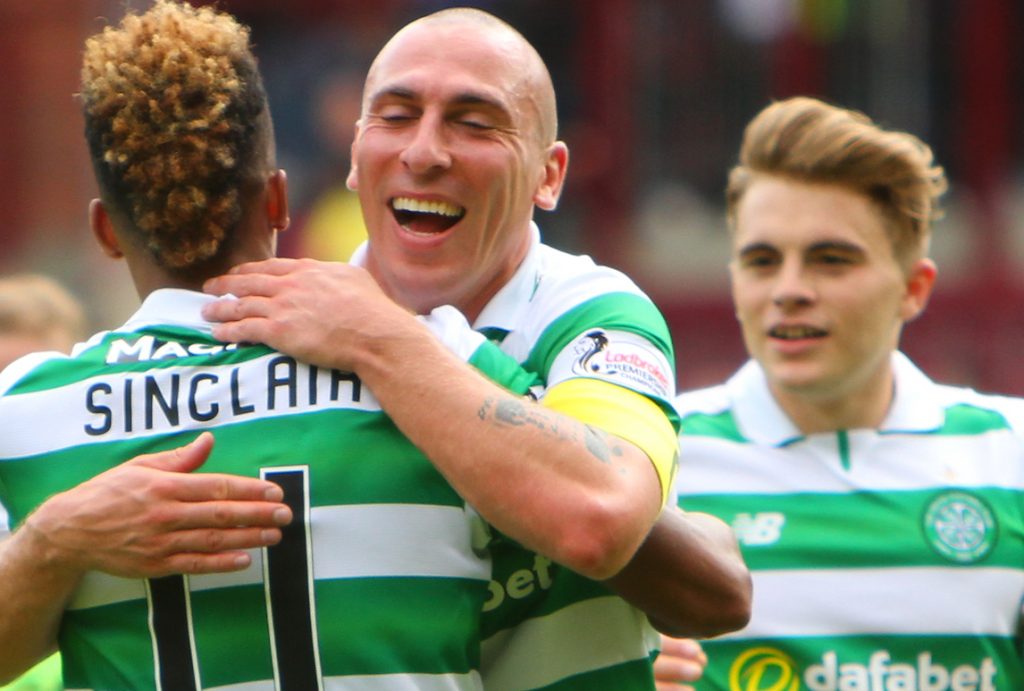 WELCOME TO CELTIC…skipper Scott Brown congratulates matchwinner Scott Sinclair with James Forrest about to join in.

The game was heading for a stalemate until Sinclair raced half the length of the field to get on the end of a left-wing cross from Leigh Griffiths to steer the winner past keeper Jack Hamilton.

It was the first of the Englishman’s 25 goals in his debut campaign – and handed Rodgers his first Premier League points as Hoops manager.

Rodgers won’t be there tonight – he has other business to attend to in the Midlands – but there is every chance Neil Lennon will start with Sinclair who is bang on form.

The 29-year-old raider has claimed 12 goals in his last 14 appearances in all competitions, the latest in the 4-1 win over Motherwell at Parkhead on Sunday. 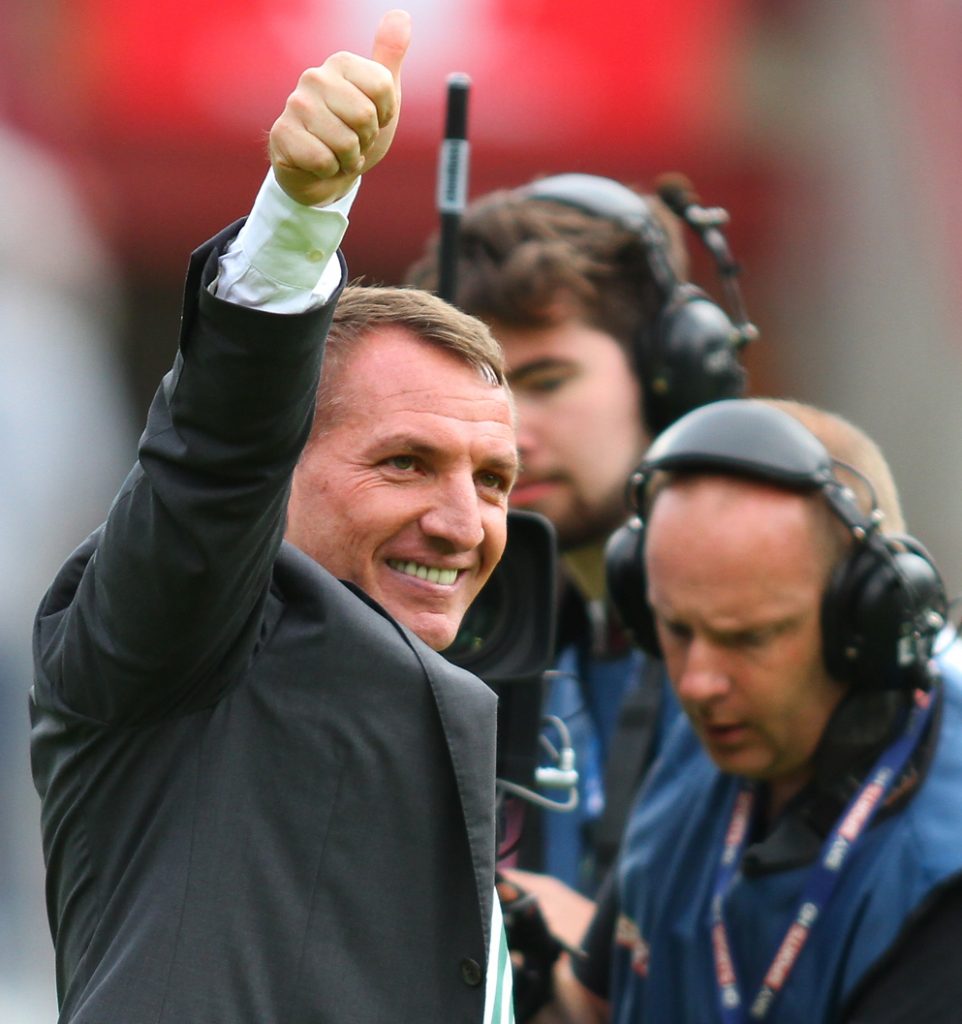 * HEARTS have won just two of their past 23 Premiership matches against Celtic, losing 19 and drawing the other two, although the victories both came in the last five encounters.

* CELTIC have lost two of their past three away league games against Hearts and won one – as many as in their previous 12 combined with nine wins, one draw and two defeats.

* HEARTS have lost only once in their past six home top-flight games, winning three, drawing two and losing one. Dundee beat them last month.

* SINCE losing 1-0 at Ibrox in December, the Hoops have won their past seven Premiership outings with an aggregate score of 18-1.

** DON’T miss the unbeatable match report and the best action images from Hearts v Celtic this evening – only in your champion CQN.