ANYONE else puzzled why SMSM enjoys a weird Hokey Cokey? You put an old club in, you pull a new club out…

Whether you believe Rangers are a new club or not, or whether you care or not, one glaring anomaly stares out at you from this story. How come the Scottish mainstream media uniformly reported in June 2012 that Rangers had died and yet, at some point since, have reversed that view without saying why?

I don’t actually care if Rangers are considered old or new, although the Zombie banter can be hilarious in the right hands. My main interest is in media. This football story is an illustrative microcosm of the challenges media face in reporting controversial stories honestly. What I find fascinating in this story is the media coverage of the insolvency event, the non-coverage prior to the event and the Orwellian exercise of trying to rewrite the front pages since the event.

Now, we all “get” that the papers needed to sell papers. That’s their job. Reporting “the death of the club” and the “end of 140 years of history” sold papers (see references at end of this blog). People wanted to know what was going on, especially the then long-suffering Rangers fans. Pity the papers hadn’t comprehensively reported what was going in the run up to “the ending of 140 years of history”. 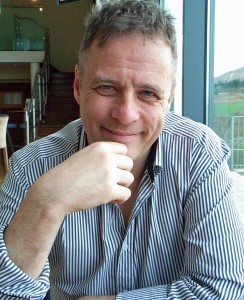 That was left to Phil Mac Giolla Bhain, the freelance journalist, whose blog achieved literally millions of verified hits as even people who didn’t support his views wanted to find out what was going on. After all, Phil’s had been the sole voice predicting correctly what was likely to happen to (oldco) Rangers. What was effectively a near news black-out on the pertinent points of the developing story back in 2011 created a news vacuum which “Internet Bampots” filled. “Internet Bampots” of course was the derisory term coined by mainstream media types, pure affronted that less worthy souls than themselves attempted to tell a story they had decided not to tell. Perhaps that was due to fear of becoming the shot messenger bearing unwelcome news.

That fear turned out to be well-founded as Mac Giolla Bhain received, upon serialisation in The Sun of his book, Downfall – How Rangers FC Self-destructed, vile hate mail, toxic abuse, disgraceful smears – and death threats. Mac Giolla Bhain has been criticised by some fellow NUJ members within the Scottish media for not congratulating them on their efforts to firstly ignore the story and then subsequently rewrite it as if it hadnt happened at all. It’s been claimed a reason some in SMSM took issue with Mac Giolla Bhain was that he “did down” fellow union members. Such a touching allusion to union solidarity seems odd however when one considered how few of these “done down” types came to the aid of fellow NUJ member Mac Giolla Bhain when he was receiving death threats. 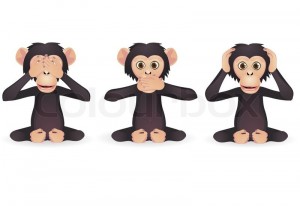 Radio phone-ins are notoriously reluctant to even air the notion that Rangers are a new club. Along with the many elements of press they seem determined to omit any reference to the consequences of liquidation of Oldco Rangers. Sure, we understand the fear of losing listeners and readers. But that can’t be the full explanation because debate and controversy sell papers, don’t they? Perhaps they don’t want to tarnish the product they are reporting. Only they can say what the reason for avoiding the debate is, and why the old newspaper front pages from June 2012 are being unwritten.

In summary, I think it would be healthier if the debate (whether Rangers are a new club or not – there are decent arguments on both sides) was allowed to be had, rather than the mere mention of it resulting in hysteria and censorship, two elements which rarely illiminate anything.

Daily Record  – “Rangers FC as we know them are dead. It’s all over. They are about to shut down for ever…They’ll slip into liquidation within the next couple of weeks with a new company emerging but 140 years of history, triumph and tears, will have ended… No matter how Charles Green attempts to dress it up, a newco equals a new club. When the CVA was thrown out Rangers as we know them died.” 13/06/12

New stock of Downfall – How Rangers FC Self Destructed paperback being delivered to Amazon on Tuesday coming after existing stock sold out again. Order on KINDLE or PAPERBACK now.