Celtic Quick News on News Now
You are at:Home»Match Report»Youth Cup Final – Celtic 5 – 2 The Rangers
By CQN Magazine on 21st May 2015 Match Report

Celtic lifted the Scottish Youth Cup after hammering city rivals The Rangers 5-2 at an empty Hampden Park this evening. The scoreline doesn’t do justice to the huge gulf in class between the two sides and at one point many of those 8,000 watching the match live on You Tube thought that we are heading for a 7-1 cup final victory to match the result achieved by Celtic’s first team in the 19th October 1957 against the former Rangers club which was liquidated in 2012.

Celtic went ahead just after 20 minutes when a Kieran Tierney corner bounced off The Rangers defender Luca Gasparotto straight into the path of Sam Wardrop who made no mistake from close range.

The Rangers were soon level however when Celtic’s Calum Waters accidentally nodded the ball past onrushing Celtic keeper Jordan Hart for a horrible own goal. 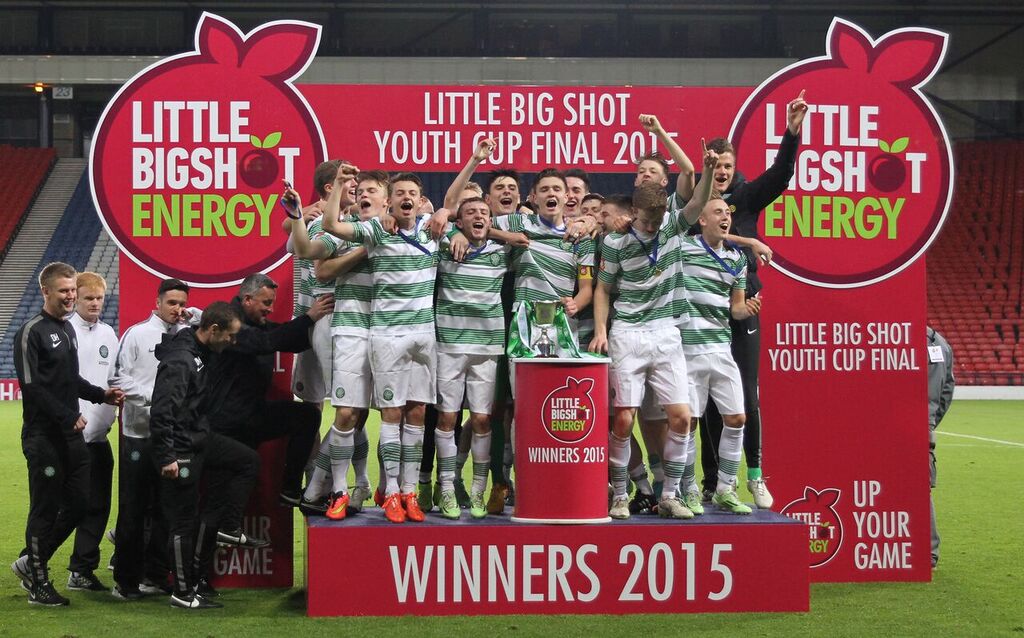 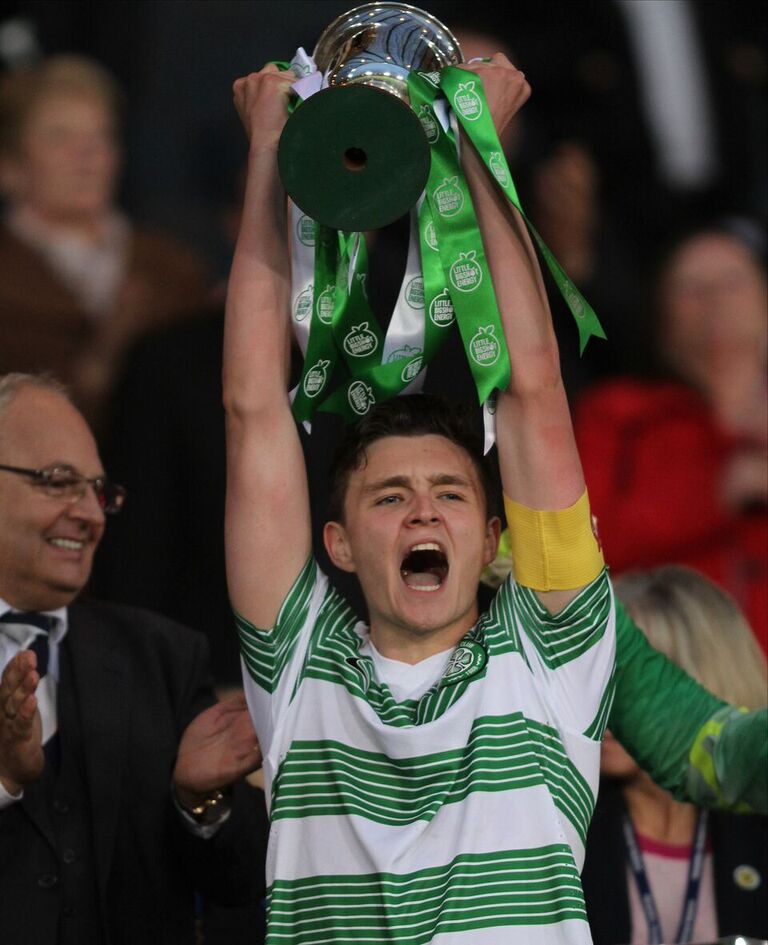 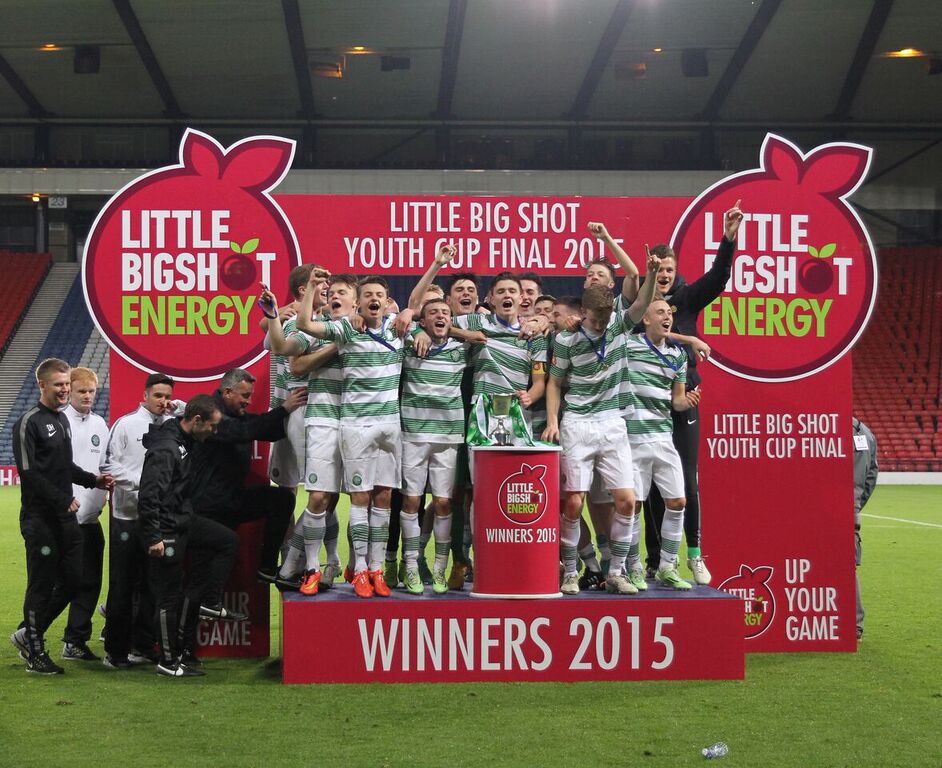 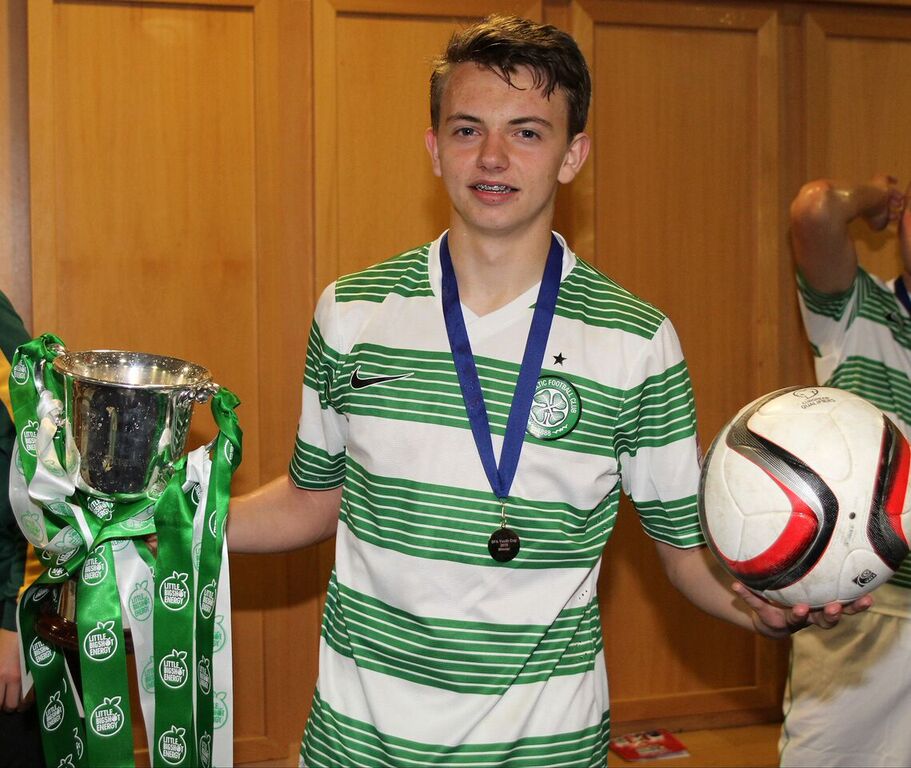 Celtic’s anguish last a mere five minutes.  Aidan Nesbitt dismissed the attention of three The Rangers defenders before hammering the ball into The Rangers goal.

It went from bad to worse for The Rangers with half an hour on the clock when young Luke Donnelly scored his seventh goal of the tournament. Donnelly controlled the ball skillfully, made some space for himself in The Rangers box then thrashed the ball through the legs of The Rangers goalkeeper Liam Kelly.

Nesbitt made it 4-1 on 70 minutes when he got on the end of Donnelly’s pass to hammer a ferocious shot into the roof of the The Rangers net. This was a lovely move that had all the hallmarks of the Celtic system that Ronny Deila is installing throughout the club. And his captain Scott Brown certainly approved as he celebrated in the Celtic coaching area.

Nesbitt became the first Celtic player to score a hat-trick against the new club just a few minutes later. Incredibly the referee awarded a penalty to the young Celts after Craig Halkett brought down Tierney. Nesbitt sent the goalkeeper the wrong way to go into the record books.

The Rangers grabbed a second goal with seconds left on the clock when Ryan Hardie cut the ball back for substitute Dylan Dykes to finish. But it was too little too late for The Rangers boys who were outclassed by this talented young Celtic side.