CELTIC’S trio of pre-season games against Blackburn Rovers, Legia Warsaw and Norwich City will be shown live on Premier Sports.

The encounters against the Championship outfits – with former Malmo manager Jon Dahl Tomasson taking over the Ewood Park hot seat from ex-Hoops boss Tony Mowbray – and the farewell to the club’s iconic keeper Artur Boruc will be covered by Premier Sports. 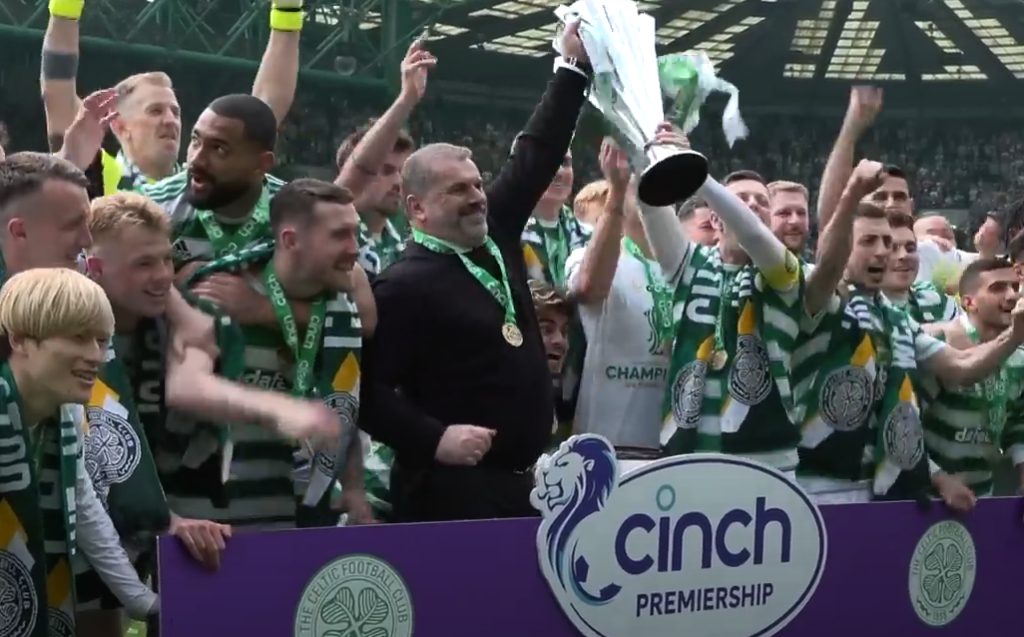 CHAMPIONS…Ange Postecoglou and his triumphant Celtic players will begin the defence of their Premiership crown at the end of next month.

First up will be Rovers at Parkhead on Saturday July 16, then the match in the Polish capital four days later with the triple-header completed against newly-relegated Carrow Road club, ex-striker Teemu Pukki included, in the east end of Glasgow on the 23rd.

The Hoops are due to play six pre-season games with a match against Banik Ostrava in the Czech Republic on July 13 and two others against opponents yet to be named at their Austrian training camp.

The title holders are scheduled to kick off the defence of their crown on the weekend of July 30/31with the Premiership fixtures revealed on Friday.