WILLIE COLLUM will be the man in charge of Celtic’s scheduled clash with Steven Gerrard’s Ibrox side at Parkhead a week on Sunday.

The last time the FIFA-rated referee was in the middle of a Glasgow derby was at Hampden in December 2019 when Christopher Jullien scored the only goal of a tense Betfred League Cup Final.

Collum red-carded Jeremie Frimpong only moments after the Frenchman’s strike after an incident with Alfredo Morelos that brought a penalty-kick for the Govan outfit. Fraser Forster dived to his right to brilliantly save the Colombian’s effort. 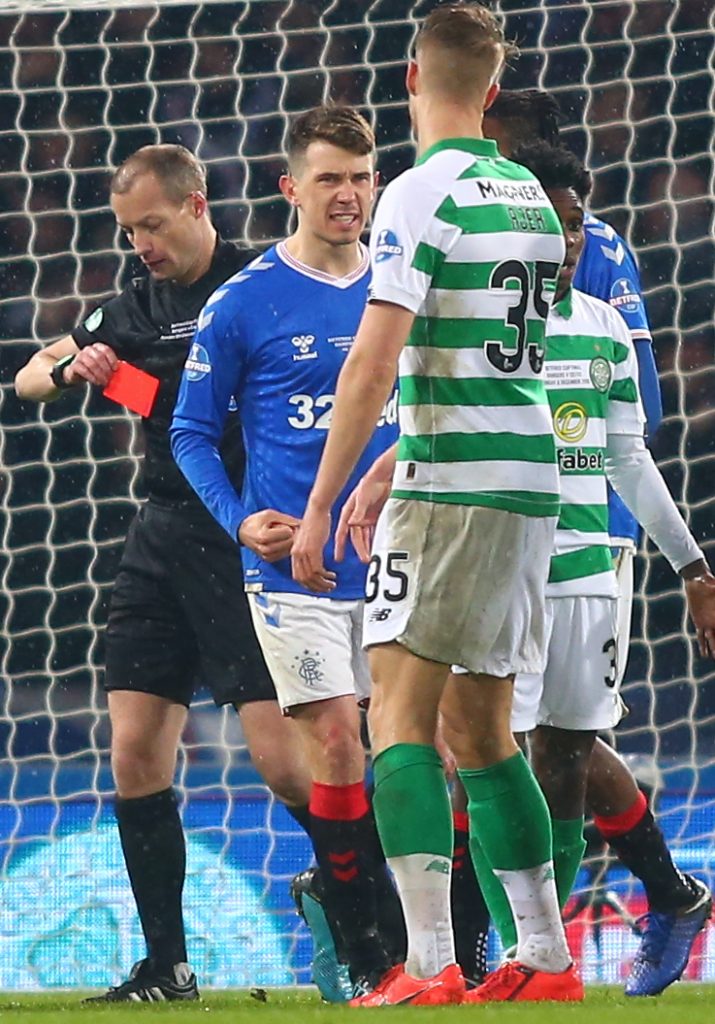 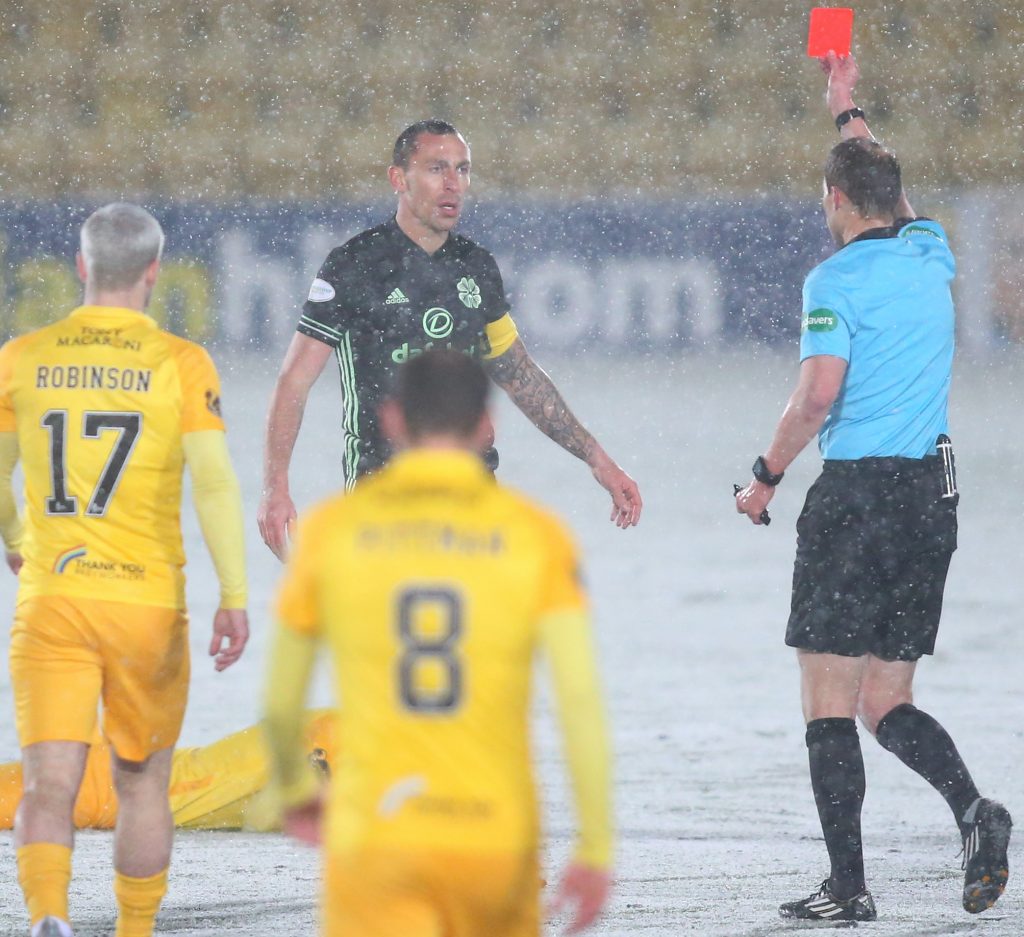 SEEING RED…Scott Brown is banished in the 2-2 draw in Livingston in January.

The whistler also officiated in the Hoops’ 3-2 victory at Ibrox in March 2018 when he sent off Jozo Simunovic for another flashpoint involving Morelos.

He has refereed Celtic on five occasions this season – wins over Hamilton Accies, Dundee United and Aberdeen and draws with the Dons and Livingston.

Collum dismissed skipper Scott Brown, who had just come on as a substitute, in the 2-2 draw against David Martindale’s men in West Lothian in January.