The Pittodrie midfielder launched a bitter verbal assault on the Hoops stars after Brendan Rodgers’ men had lifted their SEVENTH successive trophy with the 1-0 victory in the Betfred League Cup Final at Hampden yesterday.

Shinnie accused the club captain and the Swedish international defender of overdoing the celebrations at the end of a dramatic and extremely competitive encounter that was settled by Ryan Christie’s strike deep into first-half stoppage-time.

The Dons onfield leader and Brown, who made a huge contribution when he came on as a 64th-minute substitute for the tiring Tom Rogic, have previous form and there was not a handshake at the final whistle.

He said: “It frustrated me when some of their players are celebrating in front of a 19-year-old kid who is just trying to do well. You can have a wee bit more class than that.

“Was Scott Brown noising me up, too? Yes, definitely.

“There are ways to go about being a captain. You can have a bit of class about you – they don’t and it frustrated me. 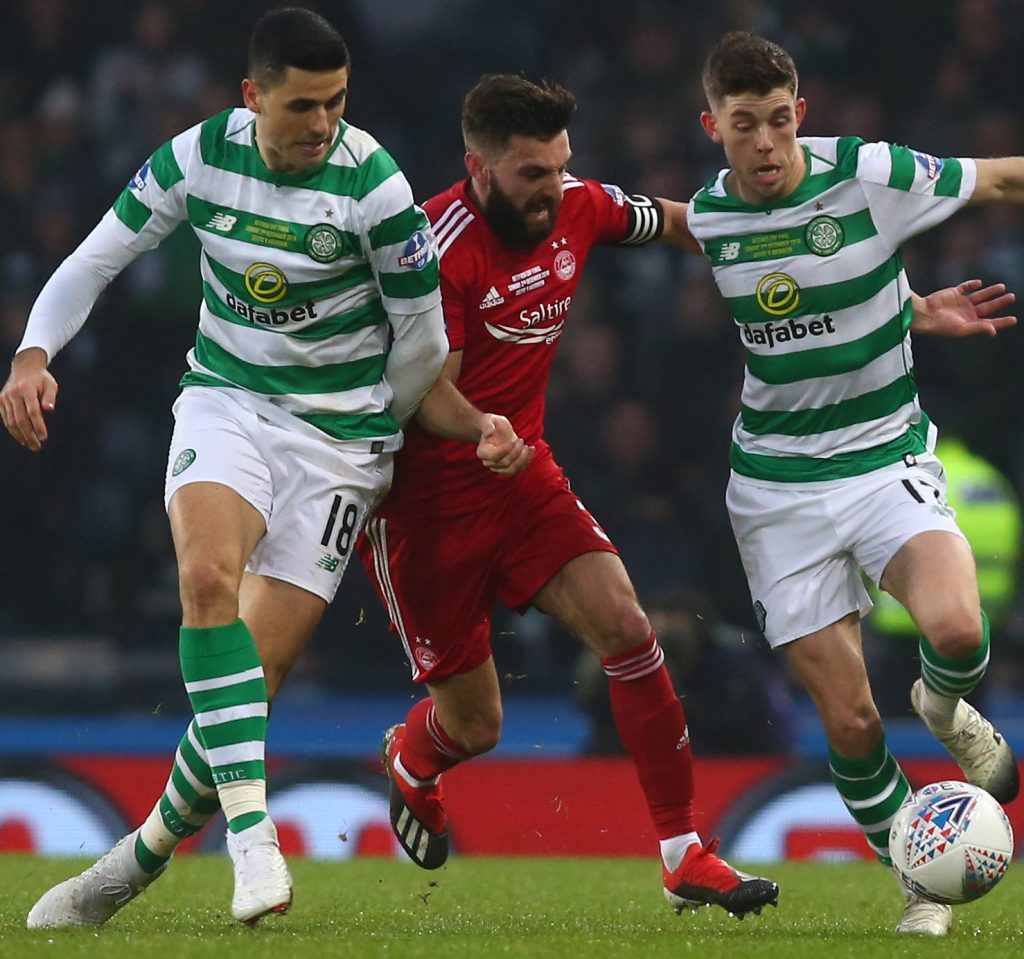 “But I’m big enough and man enough to take it. It’s happened more than once. I’m used to it now.

“Did Scott Brown and I shake hands? No, there was none of that.

“He will do what he does. It doesn’t bother me. But when it’s people like young Ferguson they are going for? They are older professionals and they should know better.

“Did I have to speak with Lewis afterwards? No, he’s a mature young man. He’s dealt with stuff like that in the past and he will deal with it again when he’s involved in big games. He can handle himself very well and he will be fine.

“Celtic have won the Cup so congratulations to them.”

Ferguson, whose father Derek played for Rangers, was involved in tough challenges throughout the game and was fortunate not to be booked when he blatantly pulled back Lustig in the second-half in full view of referee Andrew Dallas.

It was infuriating for the Celts as Rogic had been yellow-carded for a similar offence on Dominic Ball just moments earlier.

Ferguson was eventually cautioned for a foul on Brown which may have provoked a reaction at full-time.

It will be interesting when Brown and Shinnie lock horns again at Pittodrie on Boxing Day!