CELTIC will face Giovanni van Bronckhorst’s Ibrox side in the Scottish Cup semi-final next month.

That was the prize for the Hoops after their 3-0 win over Dundee United at Tannadice this evening after Giorgos Giakoumakis, with a double, and skipper Callum McGregor hit the goals that mattered.

It’s a mouth-watering prospect in the Glasgow derby while there is an all-Edinburgh clash between Hibs and Hearts in the other last-four confrontation.

Van Bronckhorst’s outfit won through after a comfortable 3-0 victory over dismal Dundee at Dens Park yesterday. 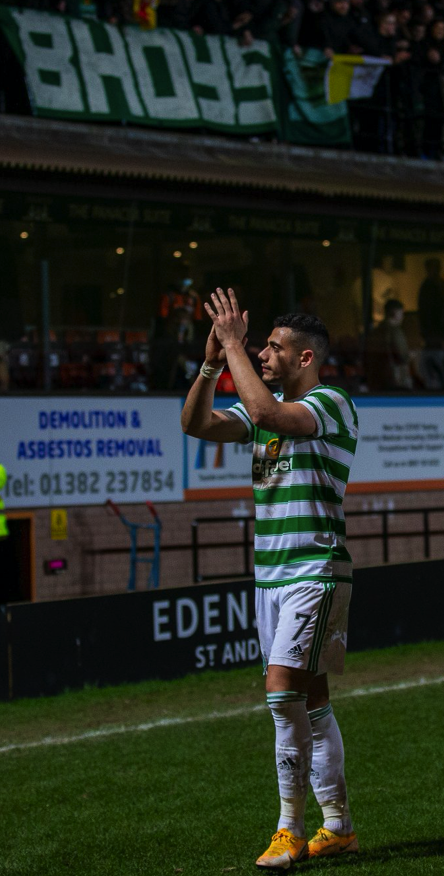 UP FOR THE CUP…two-goal Giorgos Giakoumakis applauds the Celtic fans at Tannadice after the Scottish Cup victory.

Hibs had to fight all the way for their 2-1 success over Motherwell at Fir Park where the home side were reduced to 10 men in the first minute when they had defender Bevis Mugabi red-carded by referee Willie Collum following a wayward challenge on Josh Doig.

And their Edinburgh neighbours Hearts just edged St Mirren 4-2 at Tynecastle in the Saturday night kick-off after seeing a two-goal advantage wiped out by a battling Paisley team before they made sure late in the second-half.