Celtic Quick News on News Now
You are at:Home»Latest News»SENSATION AS LARSSON PLOTS BIG-TIME RETURN
By CQN Magazine on 3rd May 2020 Latest News

CELTIC legend Henrik Larsson is poised for a sensational return to football.

The Hoops hero is part of a star-studded consortium aiming to buy an English Premier League club.

And, with English top-flight and Championship outfits facing financial meltdown if the plan to restart the season after the coronavirus lockdown fails, it is understood many clubs will be up for grabs in the coming months.

Dutch super agent Rob Jansen, who was involved in Larsson’s move from Feyenoord to Parkhead in 1997, is an executive at global marketing giants Wasserman Media Group and is masterminding the project.

Wasserman is the second largest sports agency in the world, with an estimated worth of £3.2BILLION.

Jansen, speaking to the English media, revealed: “We are in the waiting room, as we call it. In this crisis, the asking price of some clubs will be lowered.

“At the same time, the internal struggles at these clubs will get bigger.” 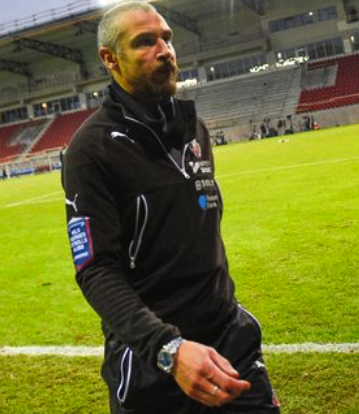 The group just failed with a bid to buy a club last year and Jansen added: “Recently, we were very close to a deal. I am not going to say now which club that was, but at the very last moment we were beaten by a foreign investor.

“That was very disappointing.”

Sixty-four-year-old Jansen has been a main behind-the-scenes player in football for more than 25 years. He was also involved in the Hoops signing Pierre van Hooijdonk from Dutch side NAC Breda in January 1995.

He represented all of his current business partners when they were at the height of their fame.

All six men have experience of working inside the English game – Larsson, 48, had a brief loan spell at Manchester United in 2007 – and are ready to spend their own money to make their dream happen.

Bergkamp, 50, is spearheading the move along with the Swedish icon, but has not been -involved in football since leaving the coaching set-up at Ajax in December 2017 after clashing with executives and former team-mates Edwin van der Sar and Marc Overmars.

He is eyeing a position that would allow him to oversee the entire -set-up, with emphasis on developing a pathway for young players from the academy to the senior team.

Newcastle are currently on the verge of a £300million takeover which is backed by the Saudi Arabia government.

Premier League clubs face losses of millions of pounds if the proposed restart does not get the go-ahead.

Such an emergency situation could open the door to Larsson, Jansen and the big-name consortium to make a dramatic takeover.

The Celtic great, who has been out of the game since quitting as manager of Helsingborgs in August last year, is looking to return to football, as CQN reported during the week.