The former Celtic striker launched the verbal assault on the defender just days before the clubs meet in the Betfred League Cup Final at Hampden on Sunday.

Sutton, who was Martin O’Neill’s first signing at £6million from Chelsea in the summer on 2000 and who won eight trophies with the club, told the media: “While Rangers are moving in the right direction, they have to win silverware.

“The league’s the big one, but they need to win something. Sunday is almost impossible to call. Will it run through the Rangers players’ minds the fact that the likes of James Tavernier has been there for a number of years now and been a serial loser?

“With the greatest respect to the Petrofac Training Cup, the last proper one they lifted was nine seasons ago. 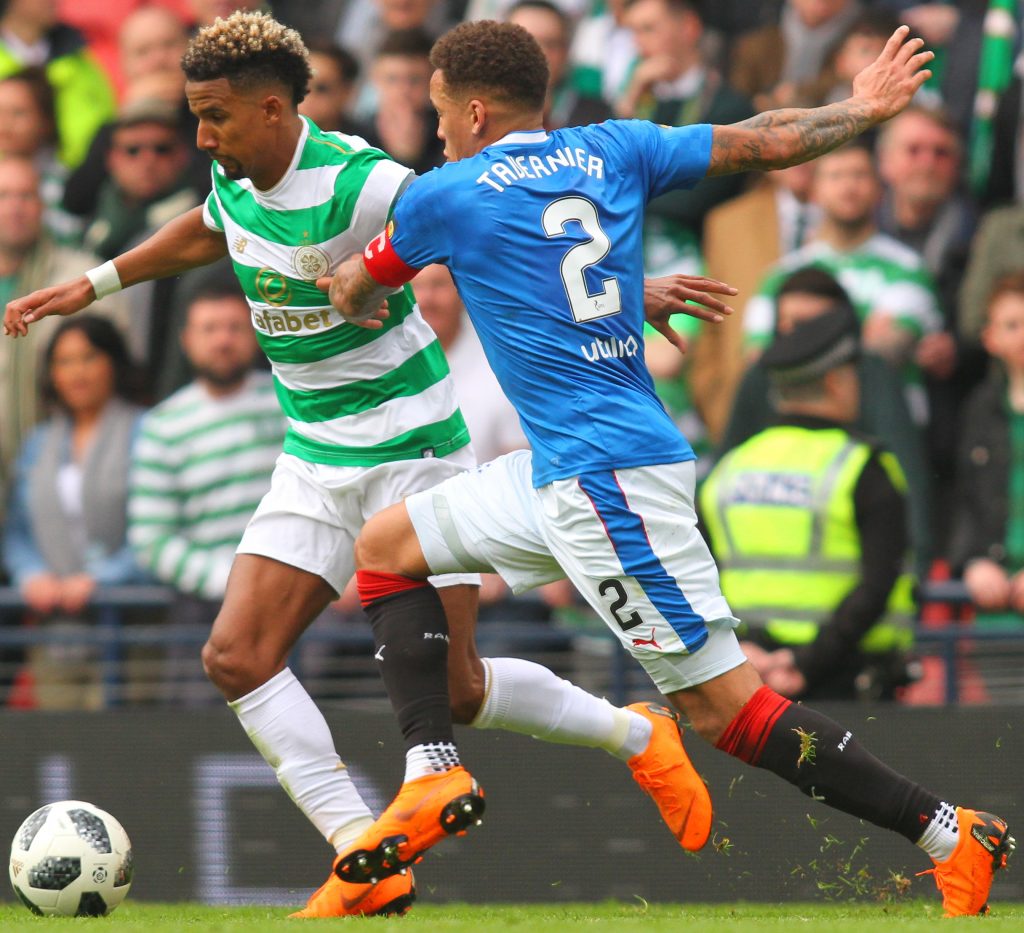 HEADING FOR A FALL…James Tavernier is beaten by Scott Sinclair as Celtic enjoy a 4-0 Scottish Cup semi-final success in April last year.

“Second is last in Glasgow — that’s always been the case.”

Tavernier, who was bought by ex-manager Mark Warburton from Wigan, was in the line-up that lost 3-2 to Hibs in 2016 with on-loan Celt Anthony Stokes scoring two goals.

He will skipper the team at the weekend as they chase a first major trophy since the 2011.

Sutton added: “The margins are so tight and both managers are aware of the implications.

“Gerrard is on record as saying he knows he needs to win silverware and he knows Celtic winning four out of four would not be a good look.”

The one-time England international frontman also reckons Odsonne Edouard could be a deciding factor at Hampden – if he is fit to play.

The flamboyant French attack-leader has missed the last three games against Rennes, Ross County and Hamilton Accies through injury and is a doubt for the Hampden showdown.

Sutton added: “A lot will come down to Edouard and how fit he is.

“I think Steven Gerrard got his tactics wrong for the last game.  He left Alfredo Morelos on the bench. That was a mistake and I think he’d admit that.”