His team-mates were clearly upset after the 2-1 loss to Giovanni van Bronckhorst’s side which ended the quest for a sensational treble in Ange Postecoglou’s debut campaign.

It was a strangely off-colour Hoops team that failed to respond to the challenge of their robust opponents who set out to make their mark on the occasion on more ways than one. 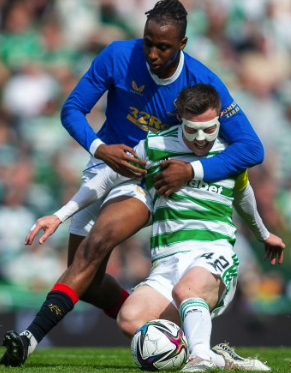 McGregor and Co were knocked out of their stride with some ferocious tackles flying around in the middle of the park with referee Bobby Madden slow to reach for his cards on many occasions.

Greg Taylor put the Hoops ahead and Cameron Carter-Vickers clattered the crossbar before the Glasgow rivals levelled through Scott Arfield to take the game to extra-time where the Hoops lost their way – and the tie – when the unfortunate Carl Starfelt defected a left-wing cross past the stranded Joe Hart.

There was an obvious cloak of overwhelming disappointment on the players at the final whistle after a colossal failure, but the team’s onfield leader took the opportunity to remind his colleagues of what remained ahead on a momentous season for the club after the wreckage of last term.

McGregor said: “We’ve put ourselves in a really good position through a lot of hard work, a lot of sacrifice, a lot of dedication, a lot of good football and a lot of strength within the group, so it’s important that we don’t lose that. 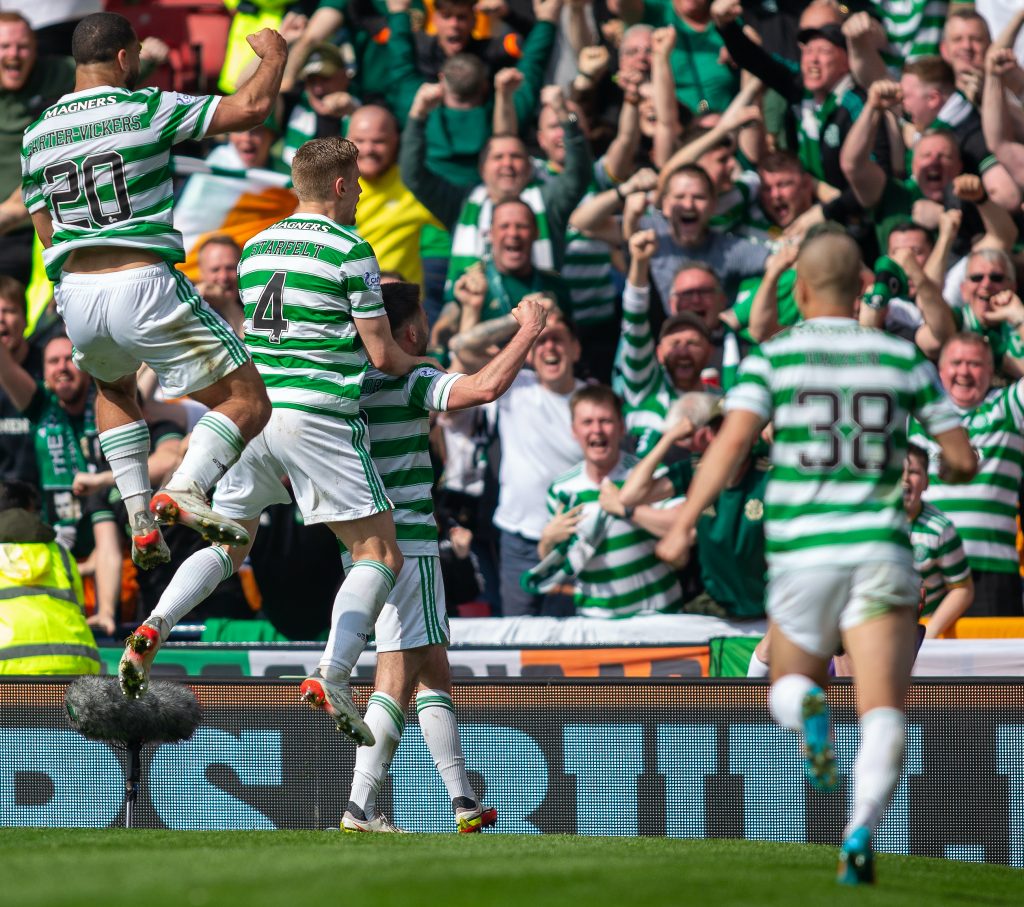 FOLLOW THE LEADER…Cameron Carter-Vickers, Carl Starfelt and Daizen Maeda race to congratulate Greg Taylor after he opened the scoring at Hampden.

“These games – semi-finals – they’re always on a knife-edge and they can go either way.

“Of course, we have to be disappointed, which we are, but we have to put that out of our mind and realise that we can still make it a really successful season for the club and for ourselves as a group and, again, that will help us grow, as well.

“So it’s just important that we don’t get too downbeat and let everything fall apart from one result.

“We’ll learn from it and we have to show what we’re about next week. That’s the biggest game of the season, so we have to go there and win.”

ROUND OF APPLAUSE…Callum McGregor leads the grim-faced players to thank the Celtic fans for their unstinting support at Hampden.

With the Hoops preparing for the midday kick-off against Ross County in Dingwall on Sunday as the quest for the title continues, the Scotland international midfielder, speaking to the Celtic website, added: “It was a tight game, with both teams going for it.

“There wasn’t a lot in the game at all, it was fine margins, but we have to accept that we probably didn’t do enough over the piece of the game.

“We have to accept that we’re not the finished article. We know that and we’re always trying to push to be better.

“This is our first season together, so things like that will definitely make us stronger going forward.”