Celtic Quick News on News Now
You are at:Home»Latest News»SEVCO: AFTER THE BRAWL WAS OVER…
By CQN Magazine on 16th April 2018 Latest News

RAGING Sevco Rangers players not only lost the Scottish Cup semi-final against rampant Celtic at Hampden yesterday – they also lost the plot, according to one national newspaper.

Reports insist Ibrox team-mates fought among themselves in the tunnel following their 4-0 trouncing from Brendan Rodgers’ side, the 10th successive occasion they have failed to win against their Glasgow neighbours.

Greg Docherty and Alfredo Morelos, apparently, had to be pulled apart as they fought in front of startled onlookers moments after the final whistle.

The pair clearly swapped angry words as they made their way off the pitch while Portuguese veteran defender Bruno Alves attempted to act as a peacemaker.

But the verbal feud spilled over amid chaotic scenes away from TV cameras. One witness said: “Emotions were running high. Morelos and Docherty went for each other and it was just as well there were enough people around to split them up before things got completely out of hand.

“To make matters even more embarrassing, some of Celtic’s backroom team were present at the time and they saw what went on.”

It’s understood there were more heated exchanges inside the well-beaten team’s dressing room following the landslide defeat against Brendan Rodgers’ side.

An incensed Andy Halliday was also seen shouting in the direction of boss Graeme Murty after being substituted four minutes before the interval with the Hoops two goals ahead after strikes from Tom Rogic and Callum McGregor.

Talking about the Halliday flare-up, Murty said: “I wouldn’t have been happy. I completely understand his frustration, but I was reacting to a situation in the game and I was looking at a different shape to the team.

“Andy’s frustrated, but I’ll see him in the week and have a chat and take things from there. 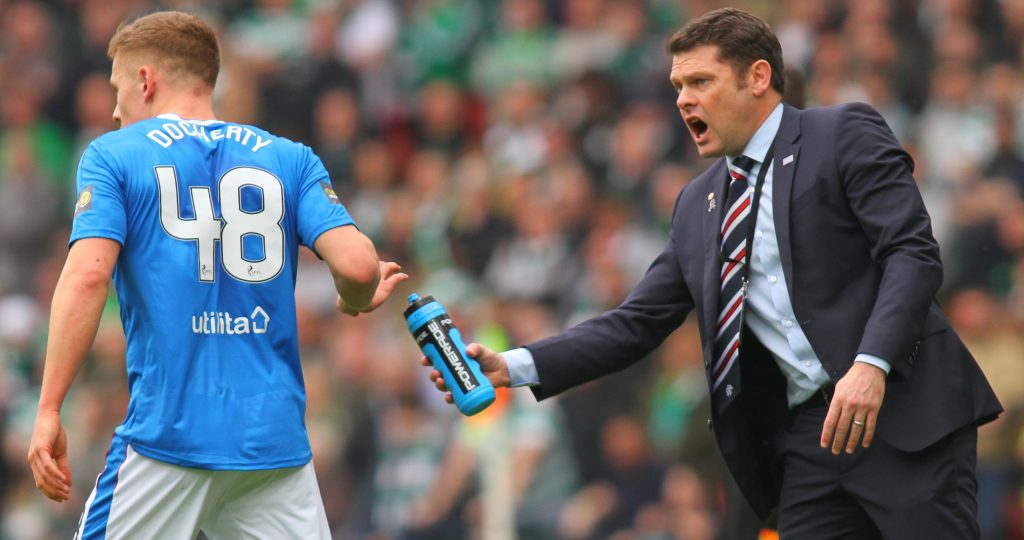 WHAT’S UP, DOC? Greg Docherty and Graeme Murty believe a drink will help.

The Ibrox outfit also had disciplinary problems on the pitch with Ross McCrorie red-carded as he hauled down Moussa Dembele for a penalty-kick early in the second-half.

The French Under-21 striker dusted himself down before casually chipping the third goal beyond Wes Foderingham.

His countryman Olivier Ntcham stroked in the fourth from the spot later on as the Hoops headed for a Scottish Cup Final meeting with Motherwell on May 19 – and a date with destiny.

It all seemed a lifetime away from the occasion last month when Murty admitted his players had been cheering with the news they had drawn the champions in the last-four encounter. 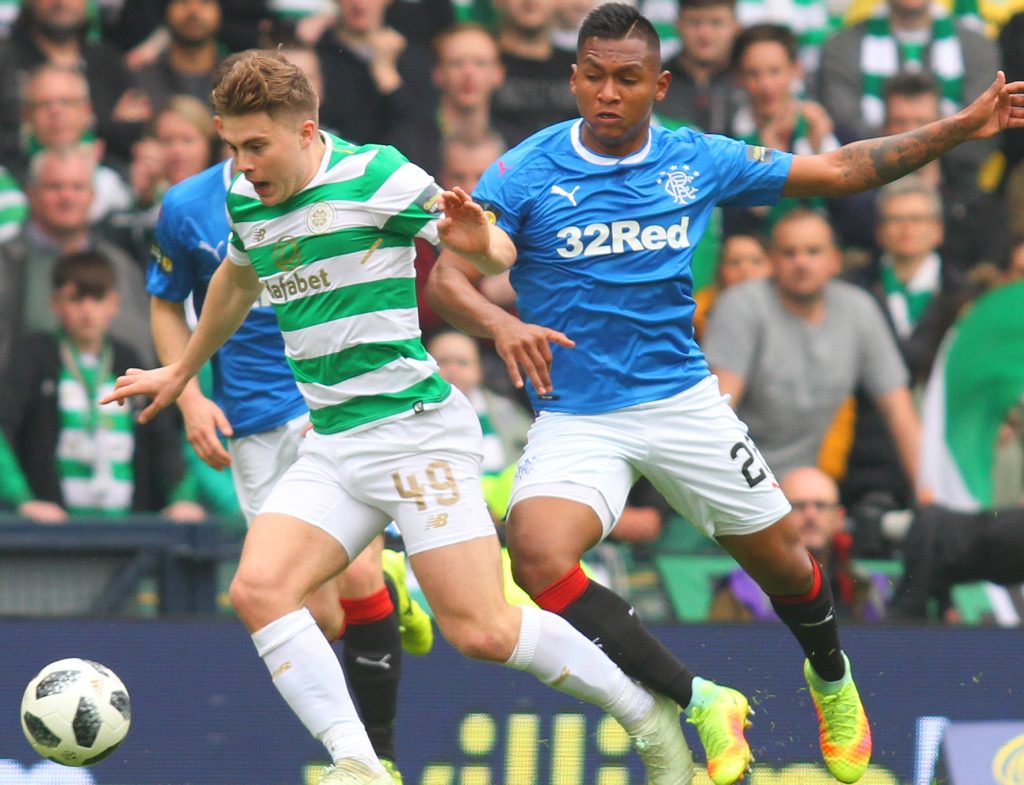