Celtic Quick News on News Now
You are at:Home»Football Matters»SEVCO DRAW CELTIC IN BIGGEST MATCH IN THEIR HISTORY
By CQN Magazine on 6th March 2016 Football Matters
SCOTTISH Cup favourites Celtic will face lower league opposition in the semi-final of the competition next month. The two clubs have won the Scottish Cup a combined 36 times, with Celtic having 36 wins and Sevco 0.
The Hoops overcame Morton 3-0 earlier today and the Ibrox side advanced to the last four after they defeated Premiership outfit Dundee 4-0 yesterday. 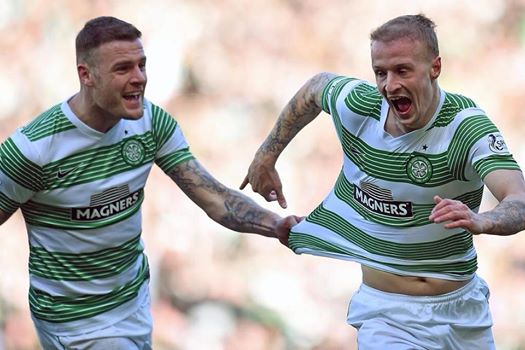 This evening Celtic were second of the hat after the SFA’s hot Sevco ball meaning that the 36 times Scottish Cup winners will face the new Rangers club who have reached the semi final stages for the first time since being formed in the summer of 2012.
The two clubs only previous meeting took place at Hampden in February 2015, when goals from Leigh Griffiths and Kris Commons secured an easy 2-0 triumph for Ronny Deila’s side in the semi-final of the League Cup on their way to beating Dundee United 2-0 to lift the silverware. The new club never managed a shot on goal that afternoon but did realise a souvenir t-shirt to mark their first ever semi-final at Hampden – bless them!
The other tie will see the winner of the replay between holders Inverness and Hibs – who drew 1-1 in this afternoon’s other game – take on Dundee United.

The semi-finals will take place at Hampden Park on the weekend of April 16 and 17.