SEVCO Rangers have sparked an angry ticket war with Celtic after announcing they will dramatically slash their rivals’ allocation from 7,000 to just NINE HUNDRED for all future games at Ibrox.

After the sale of season tickets following the appointment of Steven Gerrard as manager, the Govan outfit stated all away supporters will now be situated in the corner between the Broomloan and Sandy Jardine stands.

Responding to the news, the Parkhead club immediately followed suit by insisting they will “be happy to reciprocate in terms of ticket allocation”.

In the past, the clubs have agreed on a figure of around 7,000 visiting fans attending derbies at both grounds.

Hoops fans have traditionally been given the full Broomloan end and, at the Rangers AGM in July 2016, chairman Dave King rejected a plea to cut that allocation.

Disagreeing with the notion that travelling fans are disadvantaged on their trips to Celtic Park, where their designated area of the ground includes a corner section, King blamed the anomaly on the different shapes of each stadium.

He declared at the time: “In reality, and by agreement, both teams receive the same number of tickets for away games.”

However, a section of Sevco supporters continued to campaign for a change – and their wishes were officially granted yesterday. 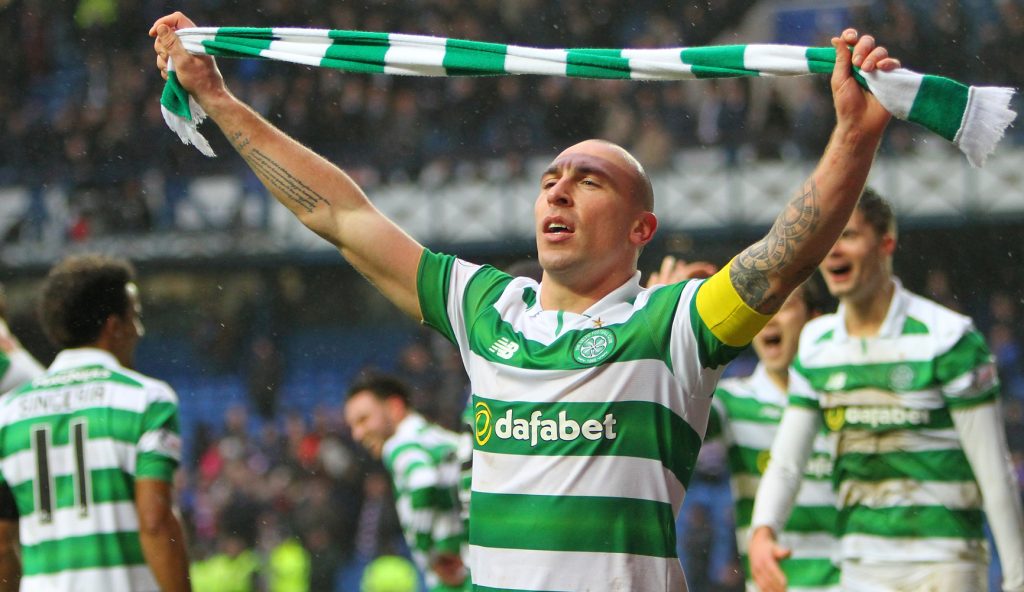 A statement on the club’s official club website read: “Our supporters will always come first and as many of them as practically possible must be accommodated.

“That is why the Club has decided on an overall increase in the total number of season tickets available to our supporters to what will be a historical record.

“A further announcement on the final new ticket allocation will shortly be made available on the club’s website.

“An unfortunate consequence of putting our supporters first is that this increased demand negatively impacts on the number of tickets which will be allocated to visiting teams.

“This means all visiting fans will now be situated in the corner between the Broomloan and Sandy Jardine Stands.

“We believe that this is the best possible outcome after considering the unprecedented levels of support from Rangers fans.”

Within hours of the Ibrox board making their statement, Celtic responded with a message of their own, declaring: “An unprecedented Double Treble and historic season for the club has led to a phenomenal level of demand from supporters to be part of Celtic.

“We are happy to reciprocate in terms of ticket allocation, something which will give us the opportunity to meet this huge demand to visit Celtic Park.”