IT was a case of deja vu for St Johnstone keeper Zander Clark when Celtic thrashed seven goals into his net in the rampant 7-0 victory at Parkhead on Saturday afternoon.

The towering St Johnstone netminder was in the same place on August 3 2019 when the Hoops kicked off the new season with the exact same scoreline as Ryan Christie fired in a hat-trick and Mikey Johnston, Olivier Ntcham, Odsonne Edouard and Leigh Griffiths contributed the others.

On that particular afternoon in the east end of Glasgow, it was the start of something good as the Hoops powered on to clinch their ninth successive title.

Amazingly, though, skipper Callum McGregor was the ONLY player on the pitch of the 14 who participated two years and four months ago such has been the upheaval at the club in recent times – including, of course, a change of manager with Ange Postecoglou replacing Neil Lennon. 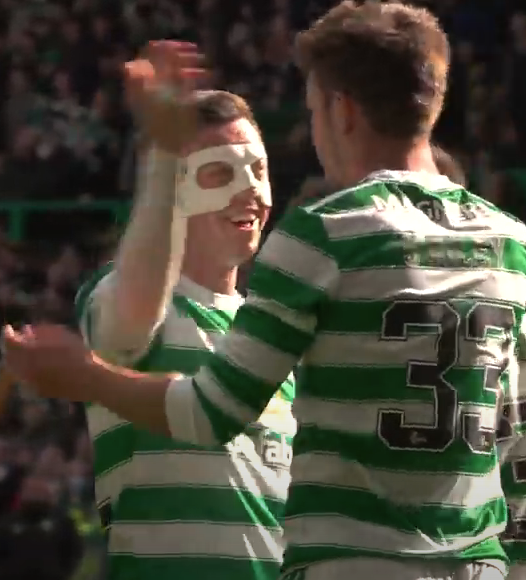 THAT’S MY BHOY…Callum McGregor congratulates Matt O’Riley after his second goal in the 7-0 hammering of St Johnstone.

Former onfield team leader Scott Brown is on the look-out for a new club after his summer move to Aberdeen as player-coach didn’t go according to plan while Hatem Abd Elhamed is back in Israel with Hapoel Be’er Sheva after his short stint at Parkhead.

Striker Griffiths is now on a short-term switch at third-tier Falkirk after the Hoops scrapped his contract at the turn of the year when his season-long loan deal at Dundee was ended early after only three goals in 17 appearances.

Left-back Boli Bolingoli has no future at the club and is likely to be moved on in the summer while keeper Scott Bain, Nir Bitton and Anthony Ralston were unused substitutes at the weekend. Johnston, who got the opening goal in August 2019, wasn’t in the squad while James Forrest missed out through injury.

For CQN readers who enjoy a walk down the Celtic memory lane, here is our match report from the league opener 28 months ago. 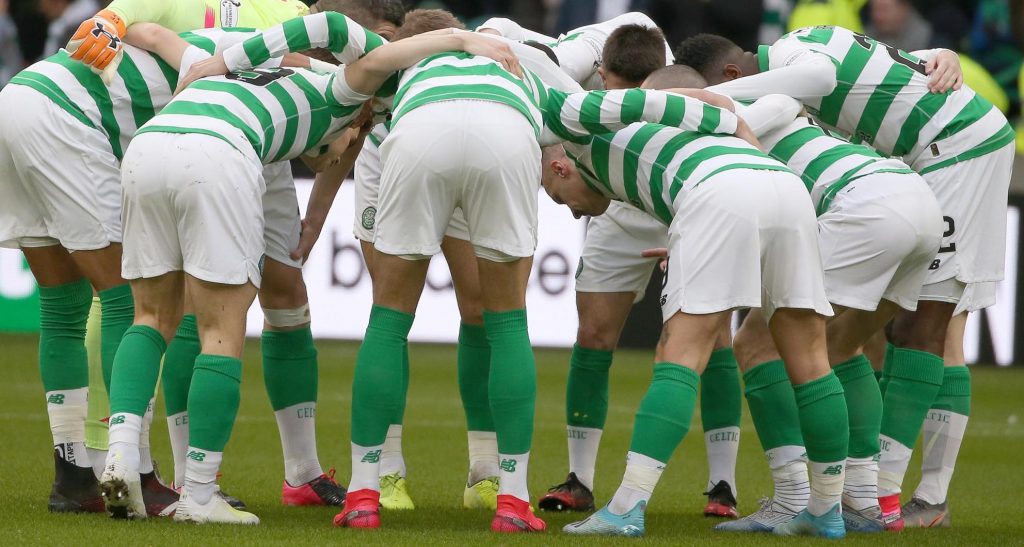 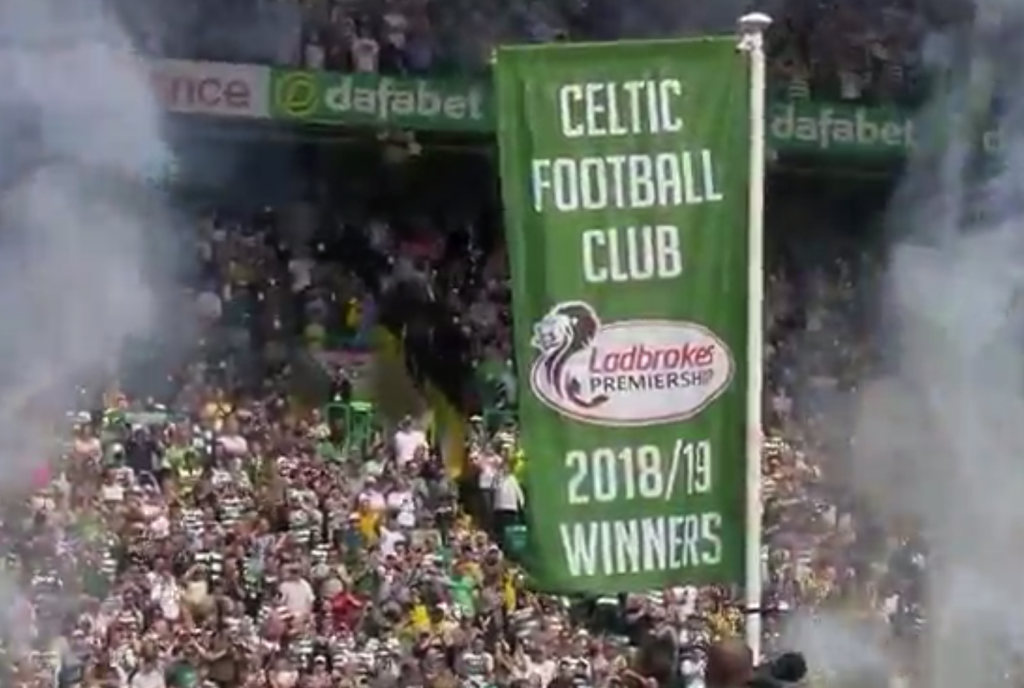 In the sixth minute, the Hoops underlined their intentions when they carved open an opportunity, but, unfortunately, Johnston was off target with his parting shot. Next up, only moments later, Christie swept a shot just too high.

The lively youngster twisted one way, then another before taking aim and dispatching a sweet right-foot angled drive low beyond the helpless Zander Clark at his left after some good service from Edouard.

Three minutes later, Christie went off to a standing ovation and Olivier Ntcham arrived on the scene with explosive timing by scoring the fifth goal with his first touch of the ball. 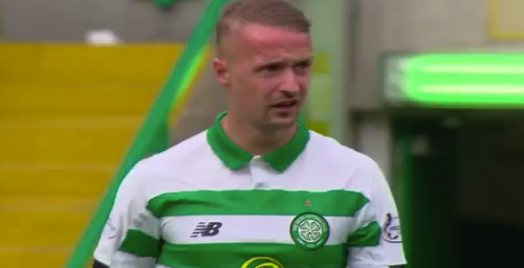 The scene was set for Griifths to score his first league goal since November 24 last year against Hamilton Accies and he duly took centre stage in the 86th minute with the seventh following some excellent forward play from Ntcham.