Celtic Quick News on News Now
You are at:Home»Latest News»SFA GET IT RIGHT: BROONY CLEARED – BUT AJETI CHARGED
By CQN Magazine on 4th February 2021 Latest News

SCOTT BROWN is clear to lead Celtic against Motherwell at Parkhead on Saturday after the SFA saw sense in their review of non-event incident with Kilmarnock’s Aaron Tshilbola in the champions’ 4-0 win at Rugby Park on Tuesday night.

CQN stated this morning that “we might as well all pack up and go home” if the Hoops skipper was adjudged to have been guilty of a deliberate elbow on his opponent.

The governing body’s three former referees met this morning to look again at footage of the so-called flashpoint incident and it was decided there was no case for the midfielder to answer, according to a report in the Daily Record.

The 35 year-old captain had just returned from suspension for an elbow on Livingston’s Jaze Kabia, but he avoided a second ban this time around in a situation that really should not have been brought to anyone’s attention it was so infintismal, a run-of-the-mill clash between two opponents which did not warrant a card of any colour from referee Kevin Clancy.

Worryingly, though, it was not a 100 per cent judgement call from the ex-whistlers after the panel scrutinised the incident and decided there was no “unanimity” that Brown was guilty of violent conduct.

It verges on nonsensical that some anonymous former whistler believed there was a case to answer. It beggars belief. 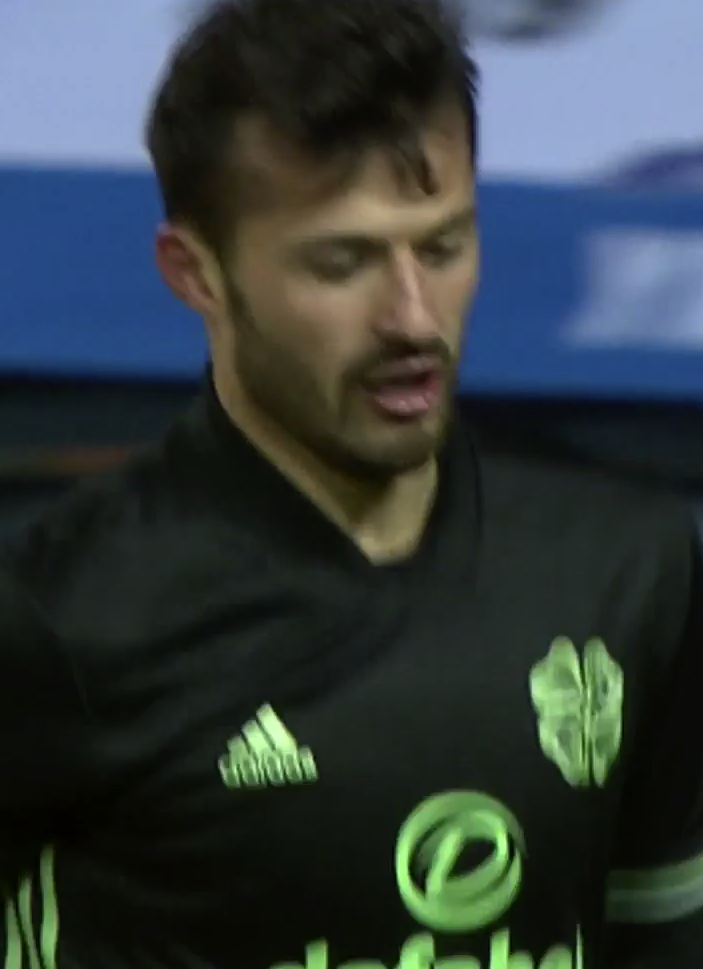 PENALTY POSER…Albian Ajeti was involved in spot-kick flashpoint against Killie.

However, it didn’t go all Celtic’s way today and Albian Ajeti has been charged by the authorities for simulation during the same game.

The Hoops were awarded a penalty-kick when the Swiss attacker went over after keeper Colin Doyle dived at his feet. Ref Clancy hesitated before pointing to the spot and it was certainly in the soft category.

Odsonne Edouard slotted it away for the second goal after Brown had headed the opener. The Frenchman added a second and Ajeti claimed his sixth Celtic strike near the end to make it 4-0.

The panel reviewed footage and the 23-year-old now faces a two-match suspension.

Strange one, this. Other teams receive a blizzard of spot-kicks and they must all be in the stonewaller category because none appears to be reviewed.

Celtic have the right to appeal the verdict, which could go to a fast-track hearing on Monday.

They should argue the case. In such moments, penalty-kicks are awarded up and down the country with regularity on a weekly basis. Why should the champions be treated differently?