“SHADES OF SFA 1952,” said Fergus McCann today in his opinion piece in the Herald today. It is well worth a read as he discusses the future of Hampden and recalls how Queen’s Park refused, as a ‘deal breaker’ to allow Celtic to fly any “foreign flags” at Hampden in the season when Celtic Park was being rebuilt and we had to rent their stadium.

What if Fergus was planning to fly the Canadian flag, would that too have been a deal breaker? What about USA, or maybe Australia, or France, Germany, all “foreign” flags. Or was it just the “foreign” Irish tricolor that they were referring to?

We all know the answer to that one.

Let’s recall exactly what the Bunnet was referring to. This too is well worth a read… 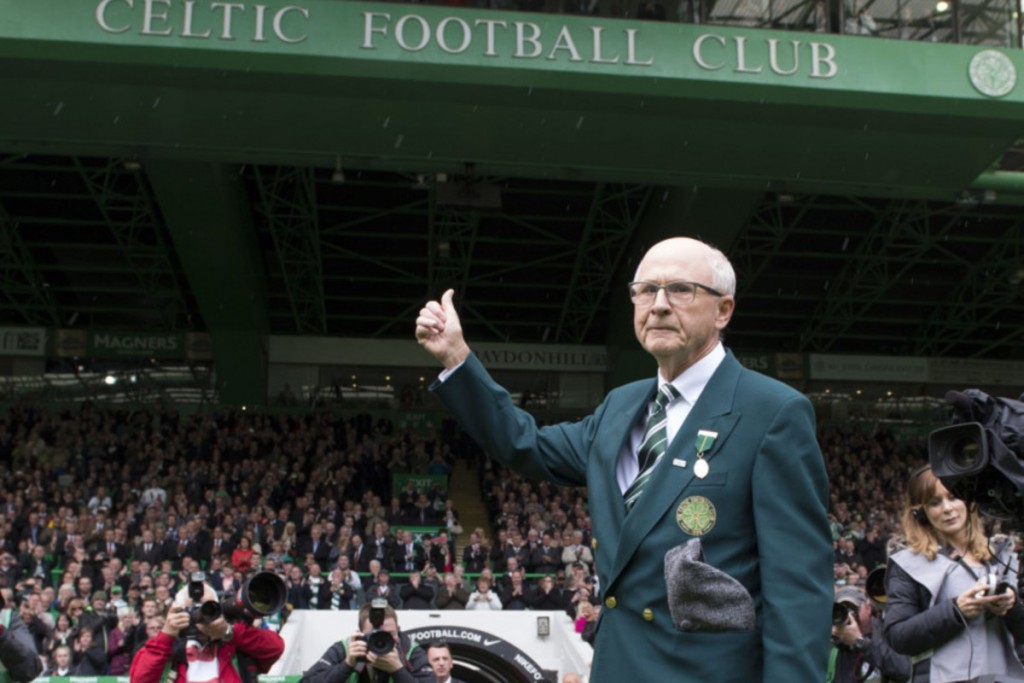 Comment has followed Celtic and the flying of the Irish flag at Parkhead since practically day one of the club’s proud history.

For reasons of historical factual accuracy, CQN Magazine researched the following feature from a book entitled ‘The Celtic Story’ which was published in 1960 and written by James B Handley. He makes some engrossing points after a crowd disturbance at a Celtic v Rangers match somehow drew the Irish flag into the aftermath of a debate held by Scottish Football rulers. And how Celtic chairman Robert Kelly defiantly stood his ground against the game’s bosses and won.

Here’s how the author saw it in a chapter entitled: ‘The Great Flag Flutter’:

“The traditional New Year’s Day League game between Rangers and Celtic, when alcohol, consumed beforehand or in the park itself, furnishes a low flashpoint for feelings, is not seldom an occasion for violence. One such display of turbulence occurred on 1st January 1952. Bottles were thrown, eleven spectators were arrested, two men were sent too prison and others were fined for their part in a number of incidents that took place in and around Celtic Park. The outcome was that the Glasgow magistrates, after consultation among themselves, invited representatives of the Scottish Football Association and the Scottish League to consider the following proposals:

“2: That on every occasion when those clubs meet admission should be by ticket only and the attendance limited to a number consistent with public safety, the number to be decided by the chief constable.

“3: That in the interests of safety of the public Celtic F.C. should be asked to construct numbered passage-ways in the terracing at each end of Celtic Park.

“4: That the two clubs should avoid displaying flags which might incite feeling among the spectators.”

“The Referee Committee of the SFA further instructed the club (Celtic) to refrain from displaying in its park on match days any flag or emblem which had no association with Scotland or the game. In addition, both clubs were ordered to take all possible steps to prevent the flaunting by spectators of provocative flags or emblems and to discourage by all means in their power any display of sectarian sentiments which, the committee felt, were at the root of the disturbances.”

“On account of its associations through founders and supporters with Ireland the Celtic club from the beginning had flown over the stand at Parkhead the old Irish flag of a golden harp on a green background. In 1921, when Ireland became the Free State, the new flag of the infant republic was substituted. It might have been the flag of Siam for all the attention that any spectator, supporting home or visiting team, gave to it, and if it had been the flag of Siam the SFA would have paid no attention to it, either. What ruffled the feelings of that body was the fact that it was the flag of Ireland. It would seem that an official of long standing in the SFA was the prime agitator for its removal.

“A picture of the flag flying over the stand appeared the next day on the front pages of the newspapers and at the following Saturday’s game, only three days after the findings of the Referee Committee and before the parent body had ratified them, another picture of it was displayed with the caption: ‘Celtic still haven’t taken down the Eire flag.’

“While expressing dissatisfaction that their recommendation to transfer the New Year game had not been adopted, the Glasgow magistrates endorsed the recommendation of the Referee Committee, as did also the SFA council by twenty-six votes to seven, after first ordering the chairmen of the Celtic and the Rangers football clubs to leave the chamber. The chairman of the Celtic club, seconded by the Rangers chairman, had moved, on the ground that the SFA had no power to make such an order, the rejection of that part of the minutes of the Referee Committee which dealt with the banning of the flag.

“The Referee Committee had based their high-handed action on Article of Association 114, which runs:

“Each club in its membership shall be responsible for the conduct of its spectators on any ground and misbehaviour by supporters during or at close of matches shall render a member liable to fine or closure of ground, or suspension, or all of the penalties.”

“Mr Robert Kelly, the Celtic chairman, opposed the decision on the basis that nothing in the rules of football gave the SFA the authority to impose such a penalty.”

The chapter added: “In supporting Mr Kelly in his assertion that the Eire flag was not the cause for the disturbance (in the 1st January 1952 game) Mr JF Wilson, chairman of Rangers, told the council that the emblem had never been of any annoyance to Rangers. ‘Don’t delude ourselves,’ he added. ‘This flag has nothing to do with the trouble.'”

“Celtic, strengthened in their view by council’s opinion, continued to fly the flag. The reaction of the SFA at their meeting on 10th March to what they considered defiance – ‘democratic government against anarchy’ was the phrase used – was first, on the motion of the acting president, Mr HS Swan (Hibernian) to give the club three days to comply or suffer suspension. The motion had a seconder, but it was realised in discussion that if such a motion were carried, and Celtic decided to ignore the instruction, the Scottish League competition for the current season would be interrupted and several clubs would suffer. An amendment therefore that the period of grace be extended until 30th April, when the season officially ended, was carried by sixteen votes to fifteen.”

“Three weeks before the date fixed for the expiry of the ultimatum, the SFA somersaulted on the matter. At their meeting on 7th April they unanimously decided to cancel their order for the time being. The acting chairman of the Referee Committee, who had instructed Celtic to take down the flag, proposed that his decree be suspended until the outcome of a meeting between the Scottish League and the SFA for the purpose of reconsidering the matter. The remarkable feature of the SFA decision was that neither ‘Celtic’ nor ‘flag’ was mentioned by name. ‘Suspension of a club’ was the phrase that was used.'”

The chapter concluded: “A few days before the opening of season 1952-3 a council meeting of the SFA, specially convened by the president, defeated by eighteen votes to twelve a newly-worded motion of the Referee Committee to the effect that the flag should come down. And thus was cancelled what was probably the most ridiculous order ever given in football legislation.” 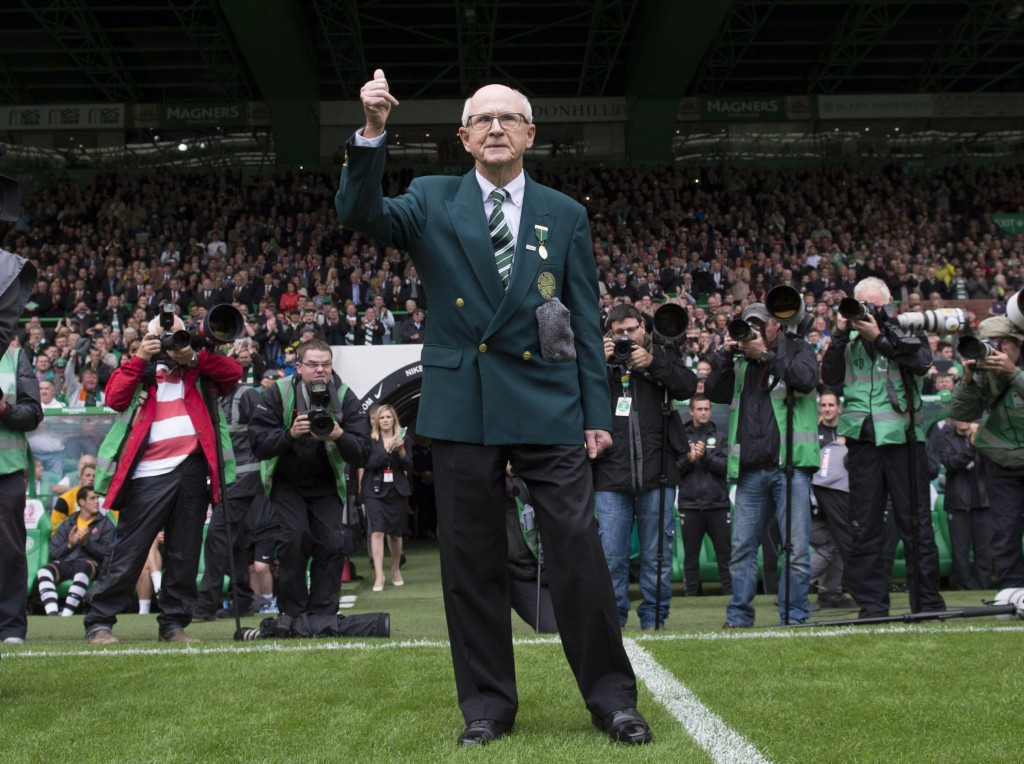