SCOTT BAIN kept his sixth successive clean sheet of 2019 as Celtic swept Hibs aside 2-0 with goals from Ryan Christie and Oliver Burke at Parkhead last night.

The keeper has now gone a remarkable 1,007 minutes since he conceded a goal in 11 appearances for the Hoops – Partick Thistle’s 73rd minute strike in the holders’ 3-1 win in the Betfred League Cup opener at Firhill in August.

Since then, Bain has proved to be unbeatable and he will again get the nod ahead of Scotland international Craig Gordon for the Scottish Cup-tie against St Johnstone in the east end of Glasgow on Sunday.

Boss Brendan Rodgers welcomed the rivalry between his glove rivals at the champions and confirmed the former Dundee shotstopper is his number one No.1 at the moment. 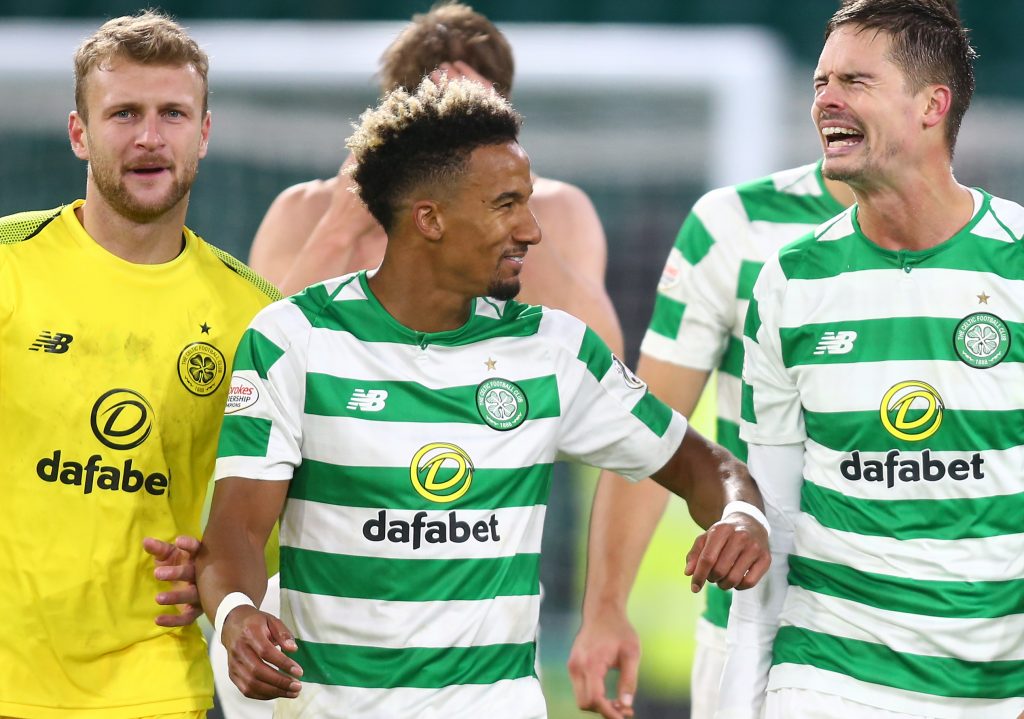 The Hoops gaffer said: “Scott is playing at the moment, he has had a sustained run and all my goalkeepers are fighting to play.

“Scott’s decision-making is very good. When we brought him in here, it is because he had a really good view of game. I’ve always had goalkeepers like that because how they build a game is really important to how my teams play.

“He sees it. He had one misplaced pass when he should have taken a touch – his very first touch of the game – and he understands football, when to speed up the game when to go in the first and second line.

“Craig is a fanatic goalkeeper. He makes great saves and he understands all of this from my time here. We have two goalkeepers vying for the position.

“Scott is looking calm and composed, and when he has to make saves he does, which is important.”