JEREMIE FRIMPONG admits the Celtic players were determined to turn around their season because they “were sick of losing or drawing”.

The champions’ quest for a historic tenth successive championship has been put under pressure after dropping points in stalemates against Kilmarnock, Aberdeen, Hibs and St Johnstone and a defeat from Steven Gerrard’s Ibrox outfit.

Eleven points have been carelessly shed in the first half of the campaign as the Hoops have stumbled through a sustained period of indifferent form that has had many critics writing off their flag chances as they have dropped 16 points off the pace although they have three games in hand.

Asked if he thought the title was slipping away, Frimpong, speaking on Celtic TV, responded: “No, not at all. There are plenty of games left.

“Look, no-one likes to lose. Not even losing because we were drawing, as well. Obviously, we didn’t like the feeling.

“Everyone said: ‘We’re sick of losing or drawing’, so we just changed it around and started putting in good performances.

“Winning makes you happy, doesn’t it? When we were losing everyone was upset. You could see it.

“We got together and said: ‘Lads, this is making us feel down’. We had to do something about it.

“In football, you can’t win every game. You will lose some games. It is just football. Anything can happen in football.” 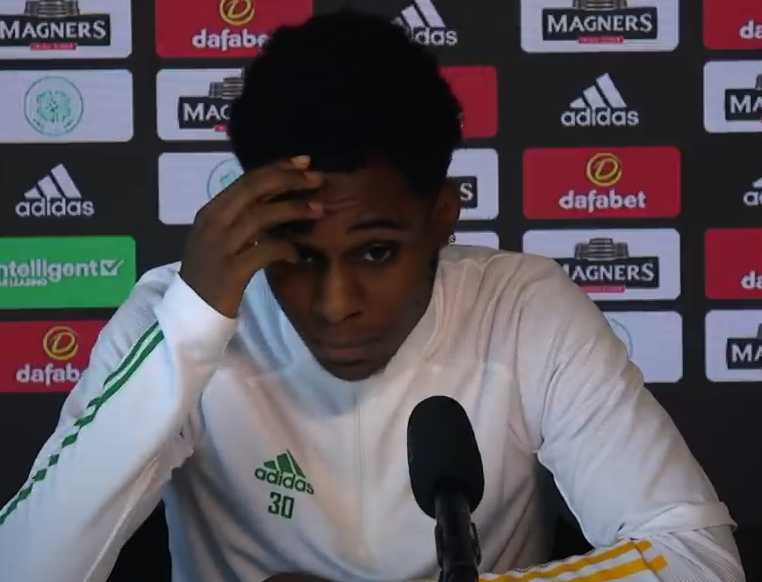 However, the 20-year-old versatile Dutchman, who arrived last summer in a deal from Manchester City that will rise to £1million, has his sights trained on a second crown with Neil Lennon’s side.

Asked once again if Celtic could still lift this season’s title, Frimpong snapped back: “For sure. The players we have here, we are all capable of winning.”

The youngster is likely to be in action again this afternoon when the Hoops bring down the curtain on an eventful 2020 with the visit of Dundee United.

Frimpong has varied his role in the team over the past few games, either playing right-back or in a more advanced position if Kristoffer Ajer has been handed the No.2 berth.

The Holland Under-21 international added: “I’m happy in both positions. I will play wherever the manager thinks best for Celtic.”