The club tweeted last night they would provide their new Japanese striker with their “full support”.

“As a club open to all, we stand firmly against racism in all its forms and we will give Kyogo our full support. All stakeholders must work together in tackling all forms of bigotry.” 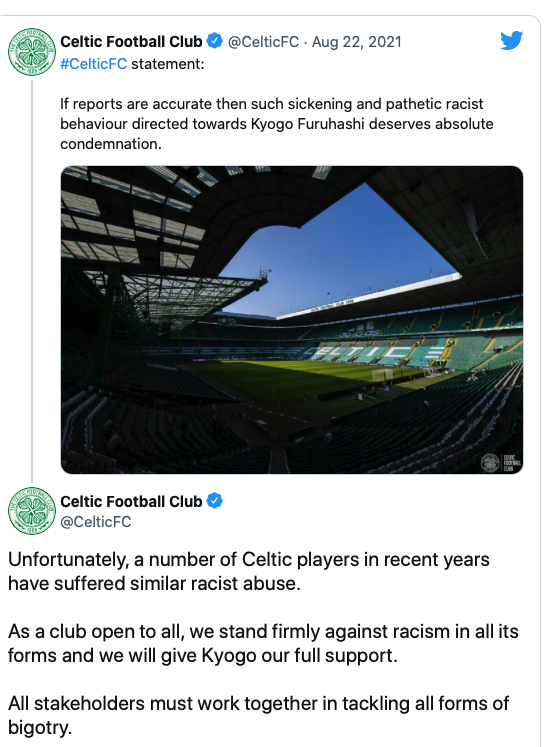 New fans’ favourite Kyogo joined the Parkhead club in a £4.6million switch from J-League outfit Vissel Kobe late last month and scored a hat-trick on his home debut in the 6-0 victory over Dundee.

The Japan international forward has struck five goals in six starts for the club and will almost certainly play against Steven Gerrard’s side in Govan in the High Noon showdown on Sunday.

Before that, he is likely to be involved in the crucial Europa League second leg play-off final against AZ Alkmaar in the Netherlands on Thursday evening.

Kyogo scored the opener for Ange Postecoglou’s side against the Dutch and set up James Forrest for the deflected second.