Celtic Quick News on News Now
You are at:Home»Latest News»SIMUNOVIC IN LATE-NIGHT SIGNING DRAMA
By CQN Magazine on 1st September 2015 Latest News
DINAMO ZAGREB central defender Jozo Simunovic agreed a late-night deal that is estimated to be around the £5.5million mark to become the latest piece of the Celtic jigsaw.
That means the new Bhoy becomes the club’s most expensive signing since they paid Hibs £4million for skipper Scott Brown in 2007.
Painstaking paperwork was required as the deal for the exciting 21-year-old centre-half was thrashed out and put in place before being submitted to the relevant footballing authorities to be registered.
Simunovic was Ronny Deila’s priority signing to replace Virgil van Dijk after the Dutch star’s £13million exit to Southampton earlier in yet another traumatic transfer deadline day. 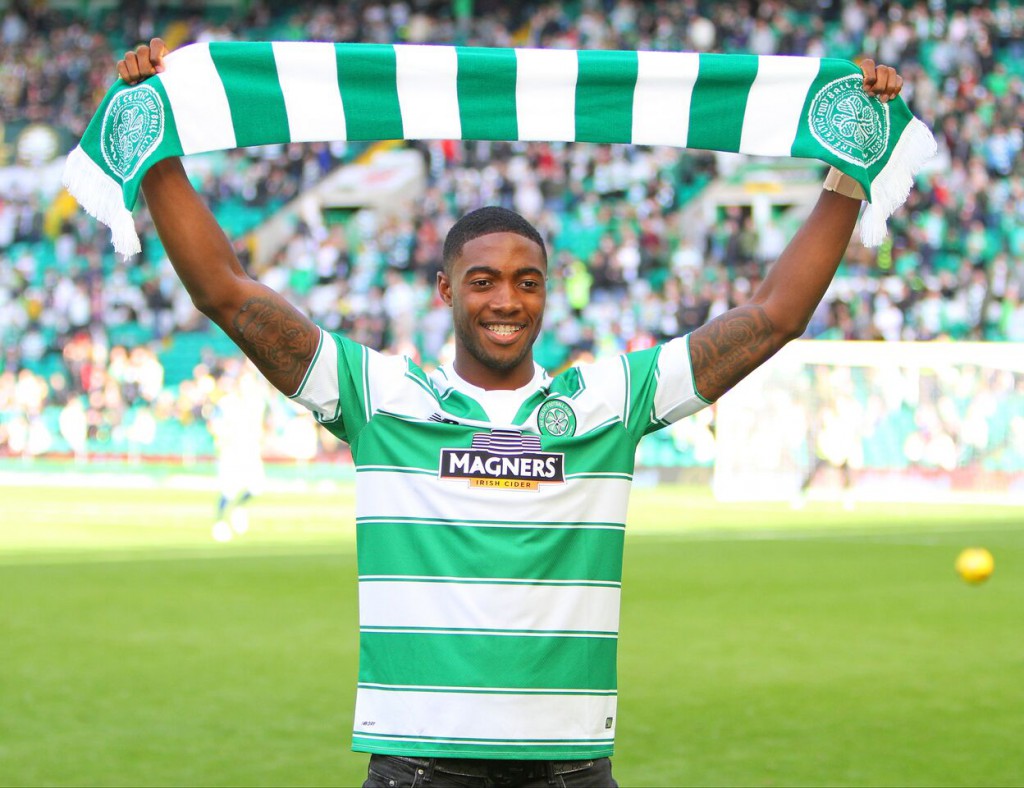 The Hoops boss has now brought in what could be a completely new-look back-four. He has already landed Dedryck Boyata (Manchester City) and Saidy Janko (Manchester United) as permanent signings with the Old Trafford club’s Tyler Blackett, who can play central defence or left-back, arriving on a season-loan at the weekend.
Simunovic, a Croatian Under-21 international, has a reputation for being good in the air, an excellent user of the ball and a crisp tackler on the ground.
Hoops fans have already had a glimpse of the player when he came on as a sub for Dinamo Zagreb during a Europa League clash in Glasgow last season.
The Croats knocked back Celtic’s initial bid of £4million and CQN warned yesterday that snags had developed in the Hoops’ proposed fresh offer. We initially reported on Celtic’s interest in the player on August 15.
Dinamo wanted 40 per cent of add-ons in any future transfer involving the player while the SPFL champions were offering an above-average 25 per cent.
MIddle ground was found before the final stage in the saga which involved significant amounts of paperwork issues surrounding the player before the deal could be concluded.
Simunovic could go straight into the first team for the dramatic confrontation against Aberdeen at Pittodrie on Saturday September 12.
Ironically, Van Dijk, the man he has just replaced, got the winner in the corresponding fixture on November 9 last year. The Dutchman knocked in a last-minute goal to give Celtic, with only 10 men following skipper Brown’s harsh sending-off, three precious points against Derek McInnes’ side.
An action replay from the latest Celt would be welcome this time around. Welcome to Paradise, Jozo!
More tomorrow from Celtic Quick News…
———————————————————————————
*We have a limited number of SIGNED copies of Caesar & The Assassin remaining and these are available at a discounted price. Thanks to everyone who ordered a copy, they have all been posted today or will be sent Wednesday morning with copies going as far away as New Zealand.
You can order direct from CQN by clicking HERE or by clicking on the photograph below…