JOZO SIMUNOVIC faces a ban after being red-carded as Celtic rounded off their three-game pre-season preparations with a goalless draw against St Gallen in Switzerland last night.

The referee consulted VAR before dismissing the Croatian centre-back in the 75th minute.

If the Swiss FA report the incident to their Scottish counterparts it could result in a suspension for Simunovic, but he will be available for Tuesday’s opening Champions League qualifier against FK Sarajevo in Bosnia.

Looking back at the challenge that brought the punishment, Hoops boss Neil Lennon, speaking to the Daily Record, said: “I’m not sure how much contact there really was, so it seemed a bit harsh in a pre season friendly.

“As for the VAR, some go for you – we got the penalty from it, and I thought it was a penalty.

“But it is in the laws of the game, it is the referee’s interpretation, so you have to accept it and get on with it.”

Lennon added: “It has been a good 10 days and we’ve got another week’s preparation to go.

“We’ll be better for it in terms of our training and match-sharpness. 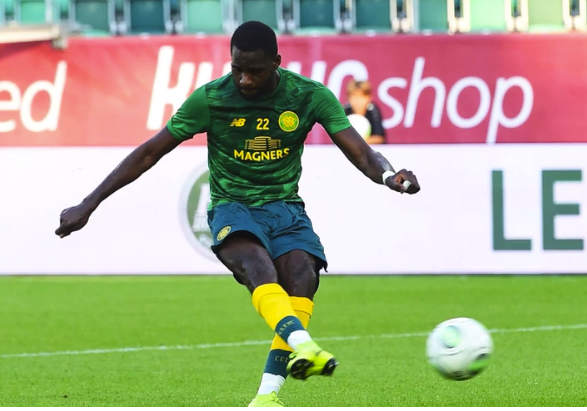 “It’s too early to say where we are. We still need to get Christopher Jullien up to speed and are hoping to bring one or two more in before the July 4 deadline.

“We are in good shape and with a couple more bodies in we will be even better.

“We know the areas we need to strengthen.

“But we had no injuries, which is important, against good opposition. We had some chances on this occasion, which I was pleased about, but we maybe needed a little bit more sharpness.

“We needed to take a little bit more care in the game, but I’m really pleased with the work-rate and with the attitude of the players.”

Odsonne Edouard, last season’s two-goal Scottish Cup Final triumph over Hearts in May, fluffed the opportunity to give the champions their third successive win on their trip to Austria and Switzerland.

The £10million French ace, who netted the equaliser from the spot against the Tynecastle side at Hampden, missed this time around with his penalty-kick as the keeper pushed his effort onto a post.