Celtic Quick News on News Now
You are at:Home»Football Matters»SIMUNOVIC WAS TARGETED,’ CLAIMS BOYD
By CQN Magazine on 14th November 2015 Football Matters
FORMER Celtic skipper Tommy Boyd believes Jozo Simunovic was targeted by Molde during the Hoops’ Europa League defeat at Parkhead – the very point CQN made in our match report.
There were barely five minutes on the clock when the Croatian defender was forced to pull out of the game after a late tackle from Tommy Hoiland, and Boyd believes that the 21-year-old was singled out for the tackle.

He said: “I do think he was targeted for that. There had been a fair bit of talk in the papers and in the media in the build-up to the game about whether or not he would be fit enough to play.

“The tackle that injured him, if you watch it back again, is actually an awkward one and the player who goes in on him almost leads with the wrong foot. He seems keen to get that particular ankle. 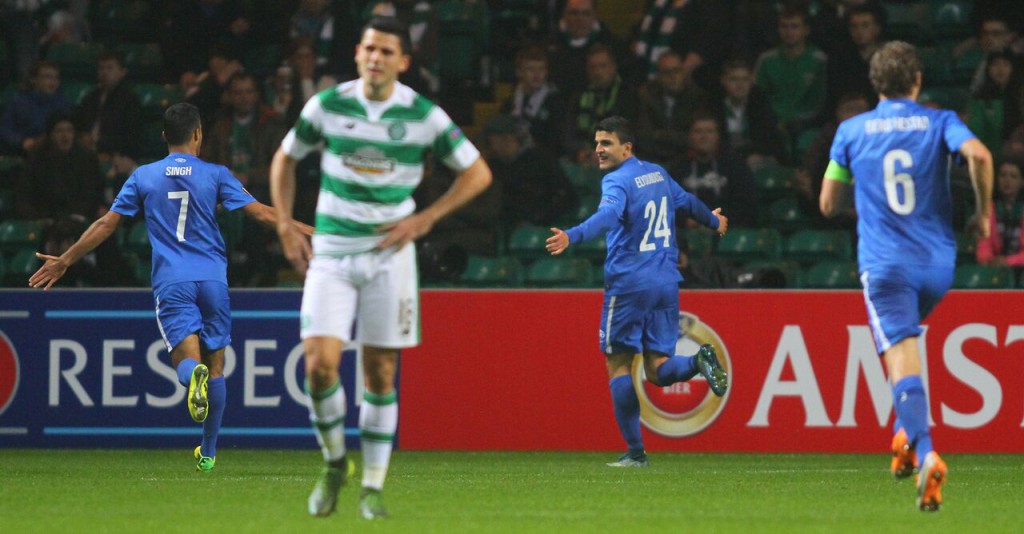 “It was late and I do think that it was deliberate. There has been no secret that Celtic have struggled defensively this season, but they have looked more assured when Jozo has been in there.

“Having him out of the game so early most certainly worked in Molde’s favour.”

Simunovic pulled out of international duty for his country this week with the same injury and Boyd believes that in itself can be good news for Celtic.

Ronny Deila insists Simunovic had been granted permission to go off to team up with the Croatian Under-21 side on the premise that he returned to Lennoxtown if the injury did not appear to be settling.

Croatian boss Nenad Gracan would not use Simunovic for the games against San Marino and Spain because he felt the player had not fully recovered from the ankle injury sustained in that game against Molde.

And while Boyd believes that Celtic are right to be frustrated, the fact that the player will not be pulling on his boots when he is not 100 per cent it can only be a positive.

He added: “That is what Celtic would have wanted. It is obviously disappointing that the lad hasn’t been able to go in and get a run of games under his belt.

“It has been very stop-start with injury issues and he has been in and out of the team. But the fact that he now has a full week with no football to try and rest and gain the treatment that he needs then it can only enhance his return to fitness.

“The last thing Ronny would have wanted would have been for him to play if he was not quite right and then aggravate it even further. At least this way he gets the chance to rest it.”

Meanwhile Ryan Christie will be back at Celtic next week to begin his rehabilitation after being ruled out for at least a month with a knee injury. 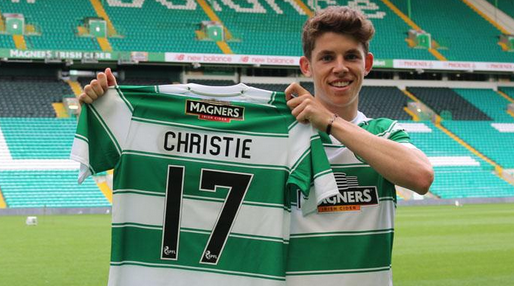 The 20-year-old midfielder, signed by the Hoops for £500,000 in August and loaned back to Inverness Caley Thistle, suffered the setback in the Highlanders’ 3-1 win at Motherwell on Saturday.

Scans have shown the player will not require surgery, but Ronny Deila has recalled Christie so he can work with their medical staff at the club’s Lennoxtown training complex.

The champions have the option of bringing the player to Parkhead in January, but Deila wants to ensure the Under-21 star is fit before he makes a decision on whether to let him stay at Inverness until the end of the season.

Caley gaffer John Hughes, who is close friends with Hoops assistant manager John Collins, said: “I keep in touch with John every day and we keep Celtic fully updated on Ryan.

“John says if there’s anything Celtic can offer, in terms of treatment if it’s needed, given the expertise they have, then that is an option.”