Celtic Quick News on News Now
You are at:Home»Latest News»SINCLAIR DEBUT TEAM: WHERE ARE THEY NOW?
By CQN Magazine on 10th January 2020 Latest News

ONLY six players remain at Celtic from the 14 used when Scott Sinclair made his debut on the first day of the Premiership 2016/17 season against Hearts at Tynecastle on August 7.

The English forward had just been signed 24 hours earlier in a £3.5million deal from Aston Villa with an additional £1million related to appearances. It was a fabulous bit of business from Brendan Rodgers who had tracked the player for almost a month.

Sinclair started on the substitutes’ bench and was introduced in the 61st minute for Stuart Armstrong with the score deadlocked at 1-1. James Forrest had fired the visitors into the lead in the eighth minute with a brilliant strike beyond the helpless Jack Hamilton. 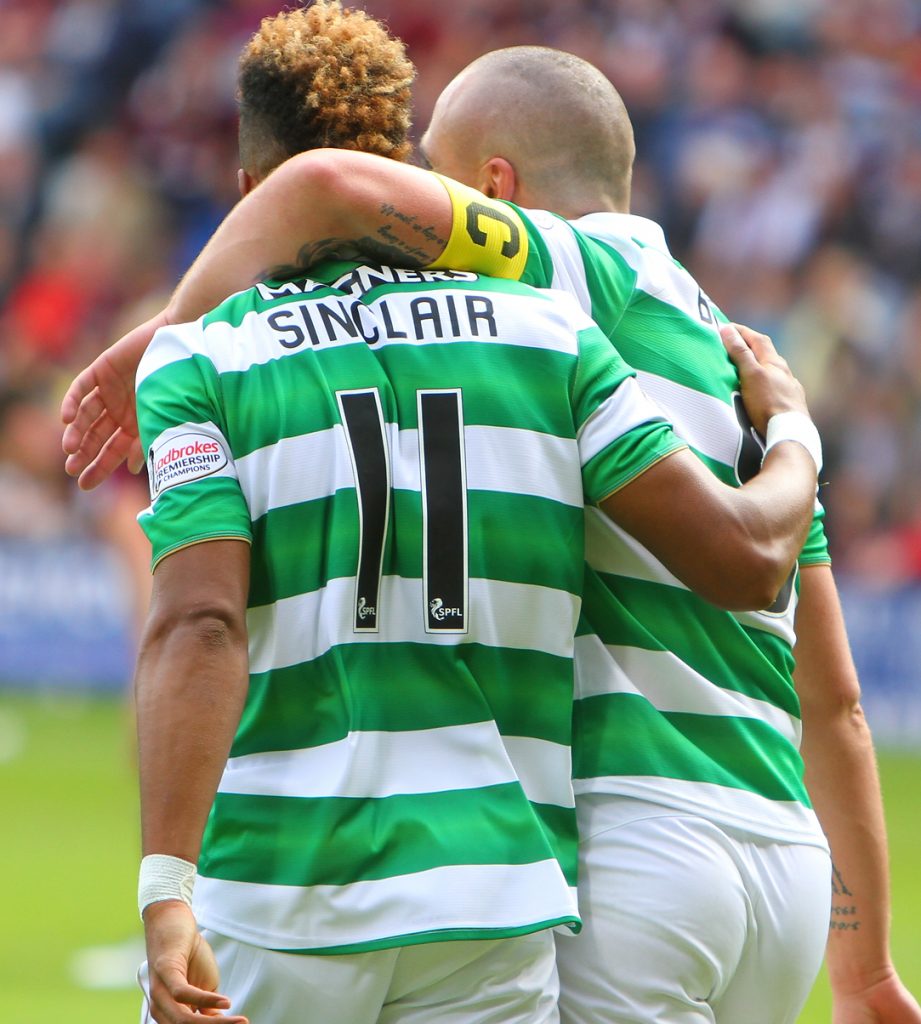 GOAL-DEN BHOY…Scott Sinclair is congratulated by skipper Scott Brown after his winner against Hearts.

However, referee John Beaton blundered in awarding the Edinburgh outfit a penalty-kick in the 36th minute after Jamie Walker had taken an obvious dive when he anticipated a Kieran Tierney challenge. The defender pulled out, but the youngster still toppled over in theatrical fashion and the match official bought it. To compound the misery, Walker took the award and drilled it past Craig Gordon. Walker later served a suspension after being found guilty of simulation.

Cue Sinclair and he marked his Hoops baptism with the winning goal shortly after coming off the bench. He raced more than half the length of the field to get on the end of a Leigh Griffiths left-wing cross to fire in the winner.

It was the start of something excellent. Now, TEN successive domestic honours later, Sinclair has returned across the border to help Preston with their promotion push for the Premier League.

All at CQN wish him well.

The Celtic line-up on the day of Sinclair’s immediate impact was:

CRAIG GORDON: The 37-year-old keeper is out of contract in the summer and could be looking to join Sinclair through the Parkhead exit after losing his first-team place to on-loan Fraser Forster.

EOGHAN O’CONNELL: The Republic of Ireland Under-21 international looked destined for a great career at the Hoops, but injury and loss of form interrupted his progress. Now with Rochdale after a spell at Walsall.

TOM ROGIC: The Aussie international playmaker replaced O’Connell at 1-1 as Celtic pushed forward for the winner. Hoping for a good second half to the campaign after an injury setback.

KIERAN TIERNEY: The fans’ favourite quit the club for Arsenal in the summer in a record-breaking £25million deal. Currently sidelined with a shoulder injury.

STUART ARMSTRONG: The Scotland international midfielder moved to Southampton in a £7million switch in the summer of 2018. 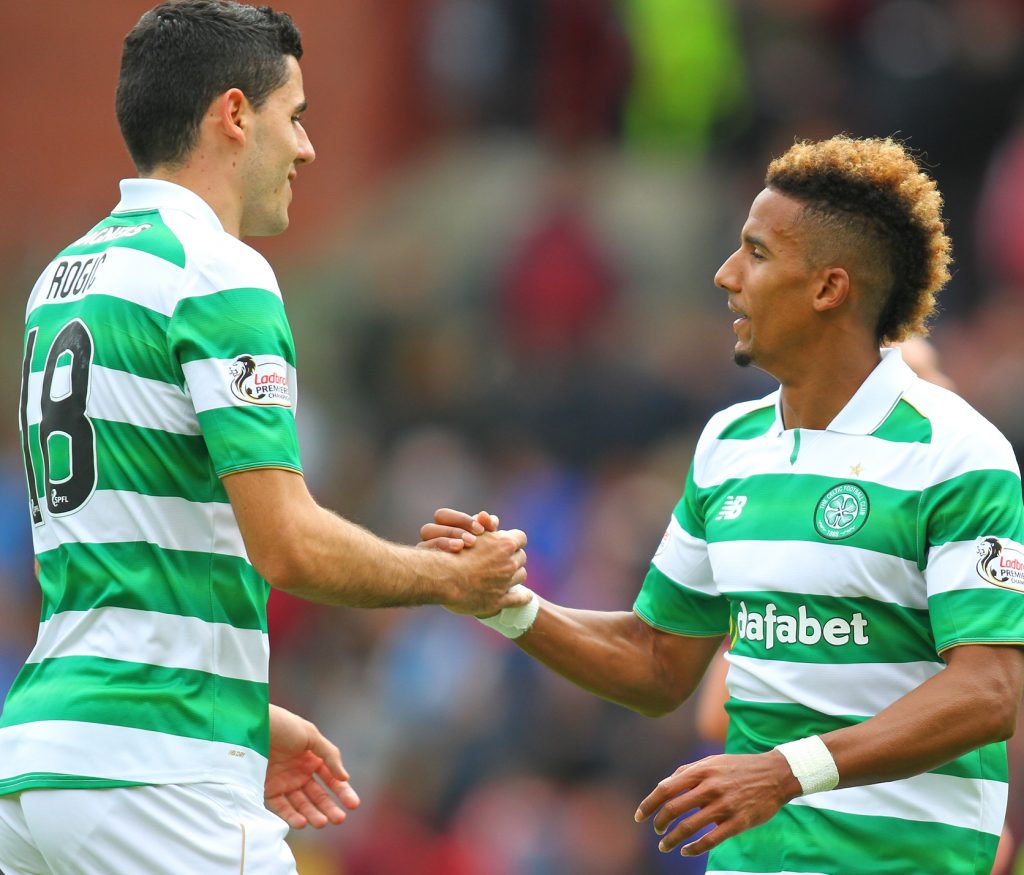 SCOTT SINCLAIR: Came on for Armstrong and scored the first of his 62 goals for the Hoops in a glittering career in the east end of Glasgow.

JAMES FORREST: Like skipper Brown, a mainstay in the team who has helped form the backbone for unprecedented success.

CALLUM McGREGOR: The Hoops’ Marathon Man is another key component in the quest to continue the club’s domestic domination as well as attempting to make an impact in Europe.

LEIGH GRIFFITHS: Battling back after well-publicised personal issues. He has scored only three goals this term and has been plagued by a virus, injury and a loss of confidence.

SAIDY JANKO: The Swiss right-back replaced Griffiths as Rodgers locked the game down with the points heading for Parkhead. Now with Young Boys.

MOUSSA DEMBELE: The powerhouse French frontman was a fans’ favourite before he headed for Lyon in a £19.8million deal in August 2018.