SCOTT SINCLAIR admitted it is just wonderful to be back in Paradise as he hailed team-mates James Forrest, Kieran Tierney and Ryan Christie.

The flamboyant attacker, who was one of Brendan Rodgers’ first buys for Celtic when he arrived in a £4.5million deal from Aston Villa in August 2016, has emerged as a key man again after a spell on the sidelines.

It’s clear the Englishman is delighted to be back on parade as he praised his team-mates.

ON FORREST: “There aren’t many defences anywhere that can stop him.”

ON TIERNEY AND CHRISTIE: “The relationship is beginning to work really well.”

Sinclair has hit the ground running since his recall to first team action, but even he has been eclipsed by the rampant and prolific Forrest who has scored seven goals in his last seven outings, including four on a memorable afternoon in Perth last month as the Hoops hit St Johnstone for six. 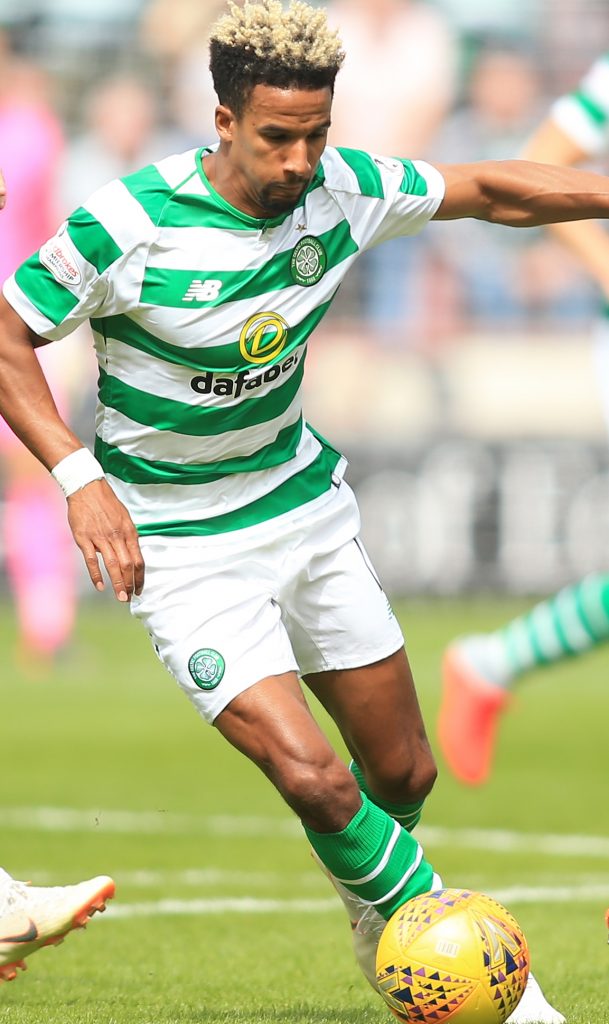 COMEBACK BHOY…Scott Sinclair on the ball.

The former Manchester City winger said: “James is brilliant. He’s so quick with his feet and when he beats that first man they’re not catching him.

“He can just drive past him and get a good cross in. He was brilliant against Leipzig and he’s heading to Scotland in good form.

“Even at international level he takes some stopping.

“To be honest, I don’t think there are many defences anywhere that can stop him when he’s at full pelt.”

Sinclair is also delighted his partnership on the left with fans’ favourite Tierney has sparked again in recent encounters. 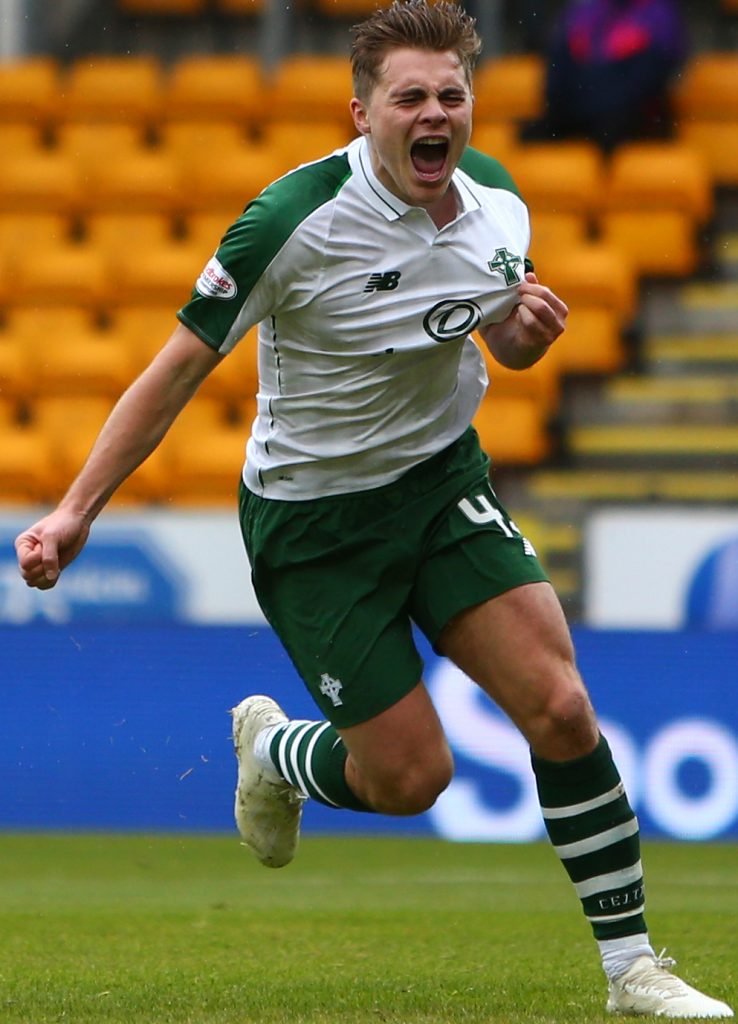 ON FIRE…James Forrest celebrates one of his four goals against St Johnstone in Perth last month.

He said: “Myself, KT and Ryan have been linking up well in the last couple of games.

“It’s great for that left side to have that. The relationship we’ve built up, myself and KT with Ryan in there, too, it’s really beginning to work well.

“When you are playing every week and scoring goals, everything’s flowing. I want to get back to that. KT’s a clever player and has fitted in with the combinations we’re putting together. It feels very good.”

Despite the hiccup in the goalless stalemate against Livingston on Sunday, Sinclair believes the team are on the right track, a fact that was emphasised in the 2-1 Europa League Group B triumph over big-spending Bundesliga outfit RB Leipzig a week ago.

He added: “It was great to beat Leipzig in such an enjoyable game. What a night. It was just great to send the fans home happy, giving them something to cheer about.

IN WITH A SHOUT…Kieran Tierney urges on his team-mates. Pics: Geo.

“Something has happened and it has just clicked again. Everyone knows the quality in this team. We’re back-to-back treble winners.

“The pressure is on us, but when we play our normal game, people can see the quality we still have in this team.

“We’re playing with a bit of freedom. That goes for everyone. And once you get back-to-back wins and start playing in a really free manner, it gives everyone that confidence to kick on in every game we play.”

Sinclair and the Celtic lads who are not on international duty over the next week or so can take a breather before the Premiership kicks in again with a trip to Hamilton Accies on Saturday, November 24.