Celtic Quick News on News Now
You are at:Home»Latest News»SINCLAIR HITS BACK AT MORE PATHETIC RACIAL ABUSE
By CQN Magazine on 3rd May 2017 Latest News
CELTIC’S Player of the Year Scott Sinclair has taken to Twitter after being subjected to more pathetic racial abuse.
The English winger was the target of sickening and stupid attention during the 5-1 rout at Ibrox on Saturday and more followed on social media last night.

In the tweet, Sinclair said: “Absolutely disgusted yet again, how can a person use a child to promote racism, it’s beyond me.” 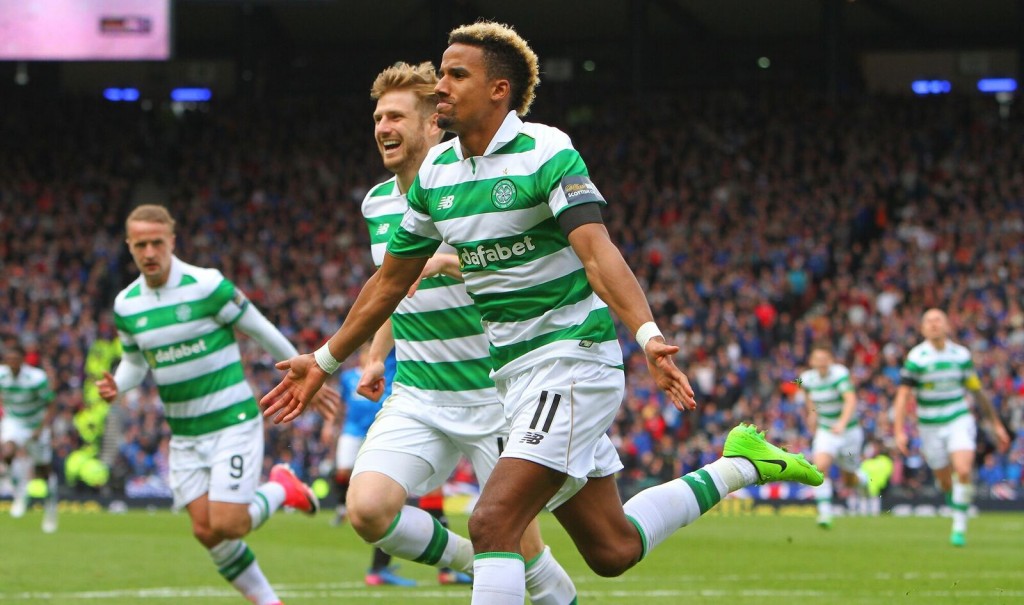 It came after an image was circulated on Twitter of a child standing in front of a mural of monkeys accompanied by the caption: “Just bumped into Scott Sinclair at Edinburgh zoo”.

The latest racist outcry comes after Paul Kenny, 28, appeared at Glasgow Sheriff Court yesterday where he admitted the offence contrary to the Offensive Behaviour at Football Act. 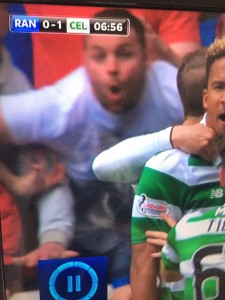 He admitted engaging in behaviour that is likely or would be likely to incite public disorder in that he did “shout and make racial gestures”.

Kenny, from Girvan , South Ayrshire made ‘monkey’ gestures at the ground following Sinclair’s successful penalty-kick to open the floodgates for the champions in a one-sided encounter.

The flamboyant attacker cost £4.5million when Brendan Rodgers bought him from Aston Villa in the summer and he has already been voted the top man by his team-mates and the fans in this week’s polls.
Sinclair is also in the running for the PFA Premiership Player of the Year after being nominated in the four-man shortlist alongside fellow-Hoops stars Moussa Dembele and Stuart Armstrong with Aberdeen’s Jonny Hayes making up the quartet.

Click Here for Comments >
Share. Twitter Facebook Google+ Pinterest LinkedIn Tumblr Email
Previous Article‘I WON’T RISK MY FITNESS TO PLAY IN FINAL. MY FUTURE? I AM FOCUSED ON CELTIC,’ INSISTS DEMBELE
Next Article ‘WHY THIS HAS BEEN A BIG SEASON FOR ME,’ ARMSTRONG