Celtic Quick News on News Now
You are at:Home»Latest News»SINCLAIR INTEREST OFFICIAL NOW GET HIM SIGNED! CAN DUFFY WAIT UNTIL JANUARY?
By CQN Magazine on 30th July 2016 Latest News

CELTIC have confirmed they are interested in signing Aston Villa winger Scott Sinclair.

The five-in-a-row champions are reported to have made three bids for the player, the last believed to be in the region of £2.75million.

However, the Midlands side, who were relegated from the Premier League at the end of last season, are said to be holding out for a transfer fee in the region of £3.5million – which is £1million more than they paid Manchester City for the 27-year-old attacker a year ago.

First team coach John Kennedy was asked about Sinclair and admitted: “There are a number of targets we’re looking at. He is one who has been mentioned, but he’s still an Aston Villa player. That is certainly the calibre of player we’re looking at.”

Sinclair, who played for Swansea when Brendan Rodgers was in charge of the Welsh outfit, agreed a four-year deal with Villa and has made 32 appearances for the team. 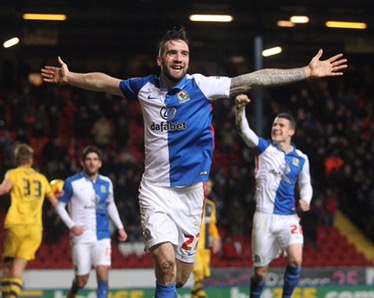 The south coasters have upped their offer to £3.5m but Blackburn are in no hurry to sell and have placed an enhanced new contract in front of the Derry defender.

Celtic appear to be waiting on the wings in the hope that Duffy sees out the last year of his existing contract which means he will be free to talk to the club in January.

You know it makes sense Shane!

Once Upon a Time in the Kingdom of Govania is written by CQN’er MEA CULPA and is beautifully illustrated by the wonderfully talented CARTUJA.

Set in Medieval times it is a story of greed, corruption, cheating and skullduggery.

On the story goes as Sir Googly of Ayes is Hailed as the new knight of the realm.

Sir Charles de Verre, the terrible Ogre, Mash the Scrotum Gripper and many more sort of familiar characters all enter the story of the fantastic fall of Govania and the emergence of Sevconia at Castle Ibroke.

Once Upon a Time in the Kingdom Of Govania is an Escaped Goat Production for Celtic Quick News and Internet Bampots and is available exclusively from www.cqnbookstore.com with a limited number copies remaining.