Celtic Quick News on News Now
You are at:Home»Football Matters»SINCLAIR SALUTES RODGERS
By CQN Magazine on 6th October 2016 Football Matters
SCOTT SINCLAIR has already made his mark at Celtic since scoring the winning goal against Hearts at Tynecastle on his debut only hours after cementing his £4.5million move from Aston Villa two months ago.
The exciting attacker has become the first player in Hoops history to notch in his first six league games for the club since the legendary Jimmy McGrory, the Parkhead side’s all-time top marksman with 472 strikes from 445 games. 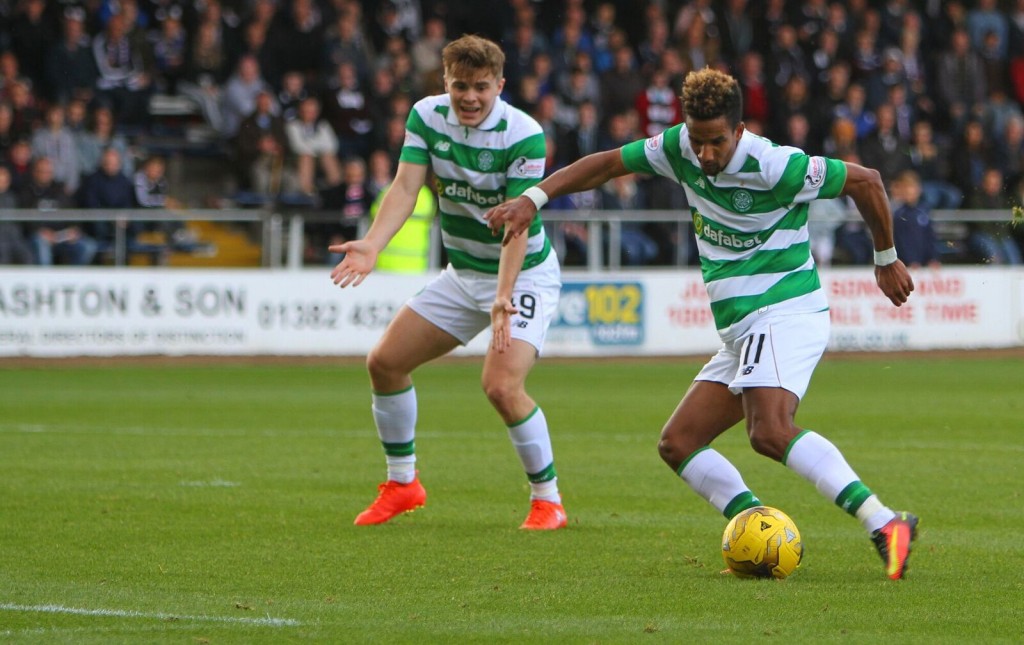 Sinclair, 27, has paid tribute to Brendan Rodgers, with whom he worked at Chelsea and Swansea, and reckons he is the main reason he has hit the ground running north of the border.
He said: “Brendan wants his team to play a certain way, to be aggressive and create chances and it is a style of play that most players want to be involved in.
“On a personal level, he is a guy I know believes in me and anyone will tell you how important that is in football. He knows how to get the best out of his players and I think already you can see the evidence that is there to back that up.
”It is just good for me to feel I am a big part of a team. I have got a few Champions League games under my belt now this season and it feels like I am playing a meaningful part rather than just getting a few minutes here or there as a token gesture.

Sinclair added: “We have players in this team to create and score goals and if we can defend robustly and keep making chances then who knows what can happen?

“We just need to take it game by game and see where we are going.

“You can see the togetherness that we have in our team. When we are on the pitch everyone is fighting for each other and we are all digging in.

“That is something that can be the difference when you are playing in big games like that against some of the best of teams in the world then how you organise yourself and how much you give to the team can really make a difference.

“I am surprised with the whole team. There is a real togetherness and a real team spirit about us. It is what makes us so difficult to beat because we are a team who will battle for everything.”