SCOTT SINCLAIR has snubbed all his Celtic colleagues – with the exception of skipper Scott Brown – when he was asked to reveal his his dream team.

The flamboyant forward, who is going into his fourth year at the champions following his £4.5million move from Aston Villa in August 2016, can find no place in his squad for the likes of Kieran Tierney, Callum McGregor, James Forrest or even last season’s Scottish Cup Final goalscoring hero Odsonne Edouard, the club’s record £10million recruit from Paris Saint-Germain 13 months ago.

The 30-year-old Hoops ace was put on the spot in this month’s FourFourTwo magazine to name his Perfect X! of players he has performed alongside in his fabulous career that started at Chelsea and moved onto Swansea City, Manchester City and the Midlands outfit before he arrived at the Hoops where he has scored over 60 goals in his first three campaigns. 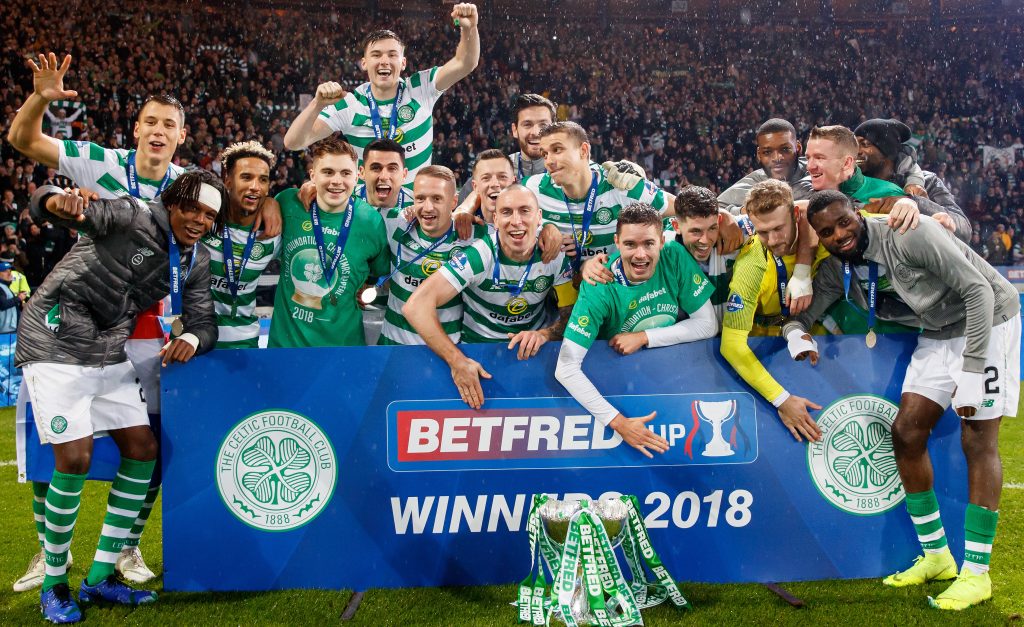 It has to be admitted Sinclair has played alongside some of the game’s best quality footballers.

However, he has overlooked some strong claims from fellow-Parkhead colleagues who have been at his side as he has played his part in the team’s unprecedented treble treble since he arrived.

Influential midfielder Brown, 34, is the solitary Celt to get a place in his eleven from heaven.

Sinclair, speaking to the magazine, admitted: “It’s so tough to put this team together. I played with some fantastic midfielders, like Aaron Ramsey for Great Britain at the 2012 Olympics and Frank Lampard, that I haven’t been able to get in.

“If I’m going to pick a Celtic player, Scott Brown is the one – he’s just go round smashing everyone!

“No, I’m only kidding. Scott is a crucial player for Celtic and a great club captain.”

Sinclair overlooked the claims of Neil Lennon when he was asked to nominate his top gaffer, but to be fair to the player he has only been involved with the Irishman since he returned to the club in February. 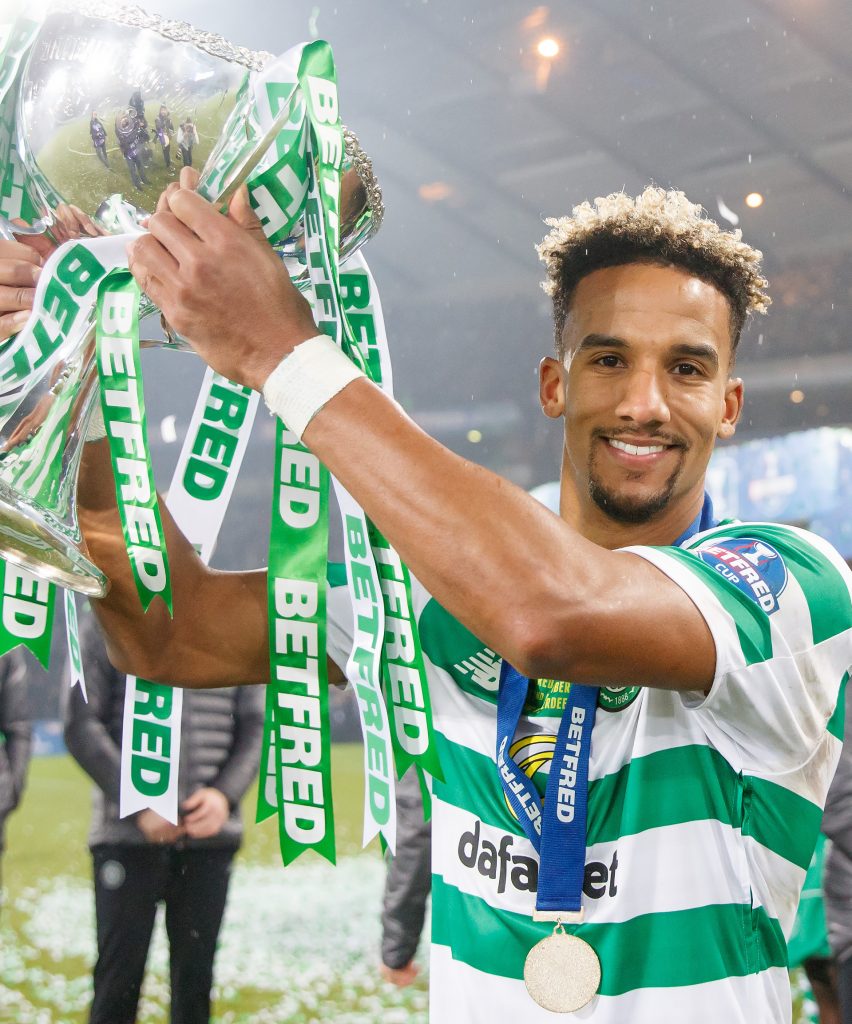 SILVERWARE SUCCESS…Scott Sinclair with the League Cup, a trophy he has won three times at Celtic.

The man who topped the poll was the man who brought him to Glasgow – Brendan Rodgers.

Sinclair added: “It has to be Brendan or Jose Mourinho. I’ve picked Brendan because he’s been instrumental in my career. He took me to Swansea, then Celtic, and I’ve enjoyed my time so much at both clubs.”

There are five Manchester City players in the starting line-up, three from Chelsea, one each from Swansea, Gylfi Sigurdsson, the Olympic team, Ryan Giggs, and, of course, Brown as the lone Celt.