FORMER Celtic warrior Peter Grant has warned Callum McGregor could be out for “six to eight weeks” after his facial injury in the 2-1 Scottish Cup win at Alloa last night.

The Hoops skipper was forced to withdraw from the action just before the interval after taking the full force of Adam King’s forehead on the side of his face in a sickening collision.

McGregor was taken to a local hospital before the end of an often-brutal confrontation against a limited third-tier team that were fortunate to complete the 90 minutes with a full complement of players. 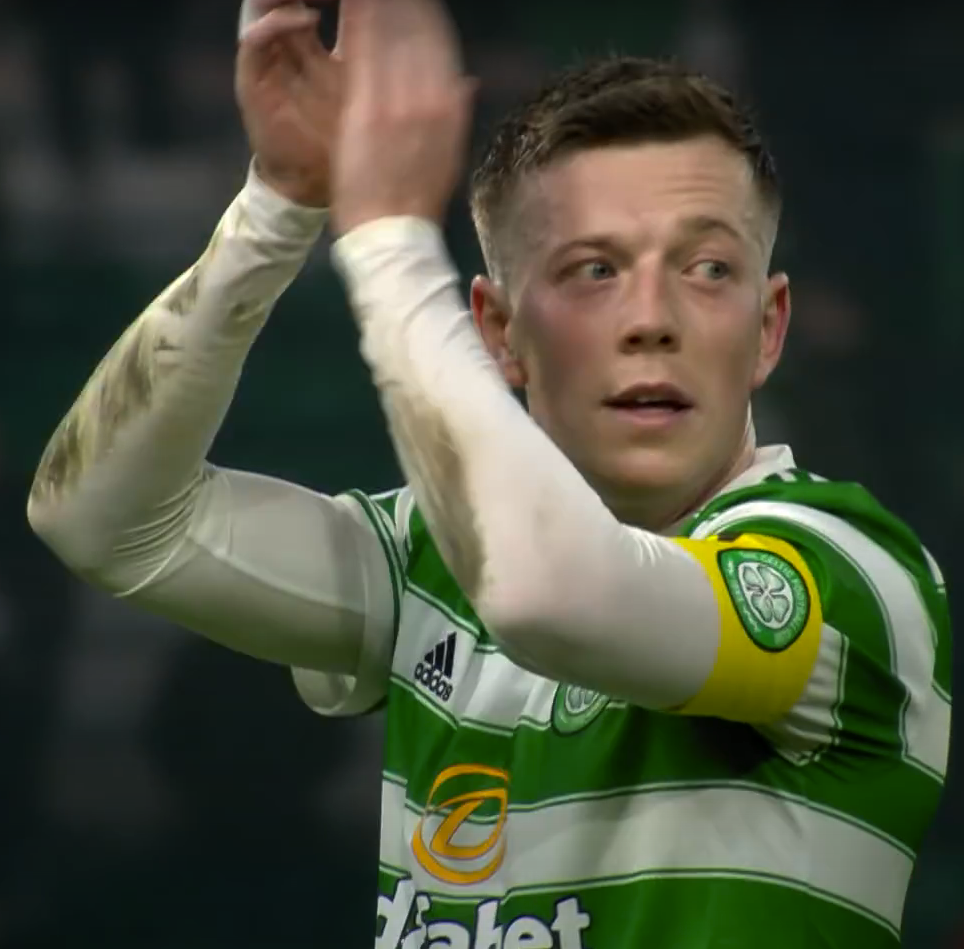 INSPIRATIONAL…Callum McGregor’s leadership qualities will be a big miss for Celtic.

The 28-year-old onfield leader is already out of Wednesday’s Premiership trip to face Hearts at Tynecastle and is rated extremely doubtful for Saturday’s home game against Dundee United and the Glasgow derby against Giovanni van Bronckhorst’s Ibrox outfit four days later.

However, Grant reckons the inspirational captain could be in line for a lengthy lay-off which is bound to impact on the team with the anchorman so influential in Postecoglou’s line-up.

The former Parkhead combative midfielder, speaking on BBC Sportscene, said: “At first, we thought it was a head clash, but my concern is seeing Callum holding the side of his face.

“I’ve broken a bone in that area and everyone thinks a broken bone is around the cheek area. However, I broke a bone on the side of my face and it was six to eight weeks that I was out. 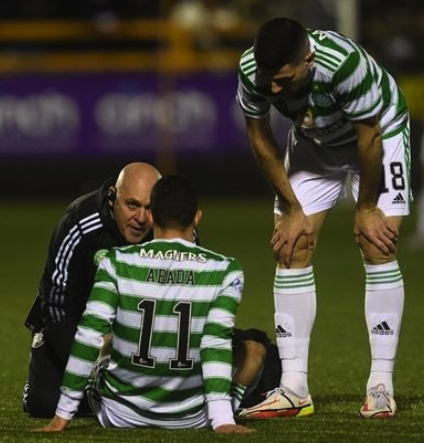 GAME OVER…Liel Abada gets treatment after a challenge by Alloa’s Muhamed Niang. Tom Rogic shows his concern for his team-mate.

“When you saw the manager at the end of the game, that’s the most disappointed I have seen him since he arrived at the club. You can tell Callum has picked up a bad injury.

“It could be a broken bone down the side of the face and, if that’s the case, he will be a huge loss to everyone, that’s for sure. Callum’s a top player for Celtic.”

Liel Abada, who netted what turned out to be the winning goal, and Yosuke Ideguchi, making his first start, also limped off as the unskilled opponents adopted a forget-the-ball-and-get-on-with-the-game attitude as they flew into reckless challenges.

The Japanese new Bhoy buckled under a ferocious over-the-top assault by Muhamed Niang that saw him forced to retire in the 68th minute. 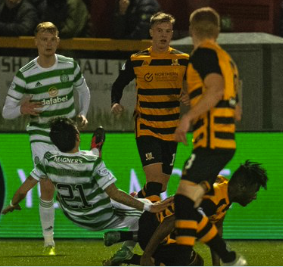 GAME OVER…Yosuke Ideguchi is sent flying by a brutal challenge from Muhamed Niang.

Afterwards, Postecoglou would not be drawn on the flashpoint incident as he repeated once again that these are matters for the referee.

Grant, though, added: “My game was all about tackling. In this day and age, that’s a red card, no doubt about it.”

Overly-lenient match official Don Robertson issued the offender with a yellow card for what could have been a savage ankle-snapping challenge – a point made to the Senegalese international by Joe Hart while his team-mate was treated for the injury.

Postecoglou is hopeful both Ideguchi, who had his left ankle encased in ice as soon as he hobbled off the plastic pitch, and Abada are fit for the game in Edinburgh where the team lost 2-1 in the first Premiership outing of the campaign back in July.