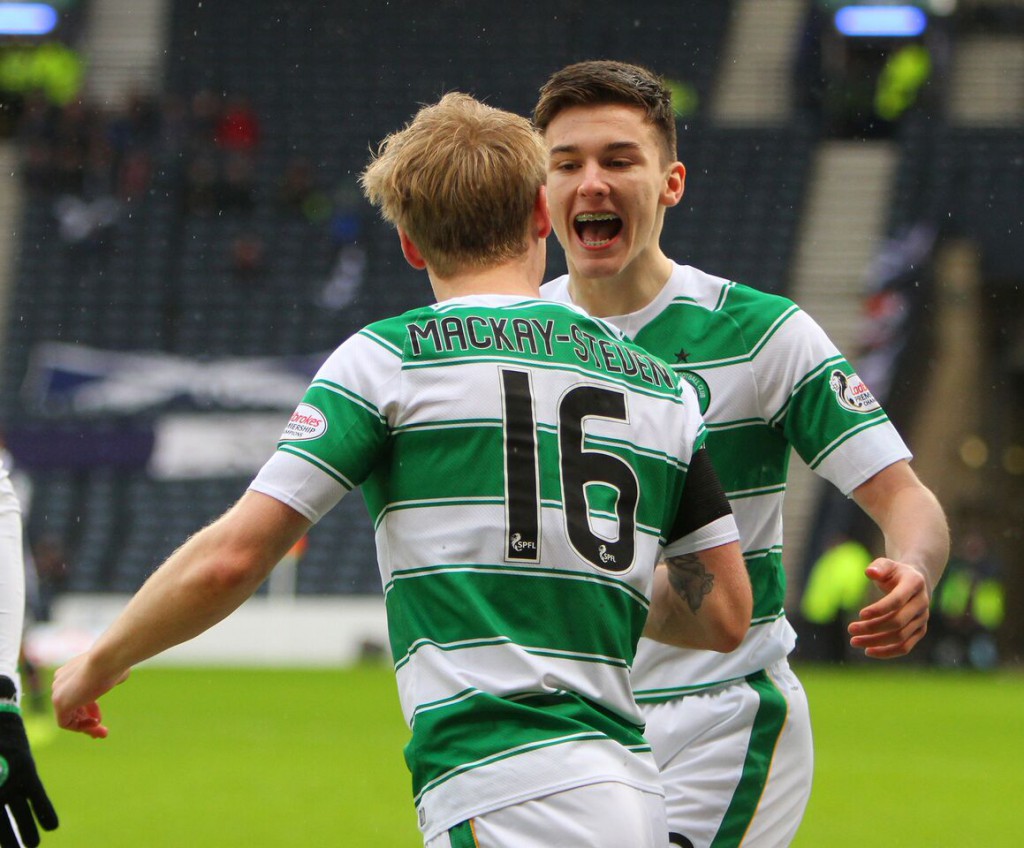 nny Deila’s left-back at Celtic this season and made remarkable progress after only 25 first team appearances..
Club and country skipper Brown said: “For the last three or four months, he has been exceptional.
“Nothing fazes the wee man. He will thrive off the occasion, playing with international players.
“Kieran works so hard in training and he’s got a great attitude. He’s a rising star, that’s for sure. Hopefully, he gets a little chance against Denmark and he can show the manager what he can do.
“We see him every day in training. Just to put that Scotland jersey on, he’ll love it.
“He is still learning the game, he is still a young kid. He is composed on the ball, he is good at one-on-one defending and he is also a great attacking outlet for us. He has pretty much got everything you could ask for.

“Tackling is a strength of his game and wingers and midfielders get scared when they go one-on-one with him because they know what he can do.

“Plus he can break as well; he’s got great pace.”